Nameless graves and a growing mystery: How did thousands of indigenous boys disappear in Canada? 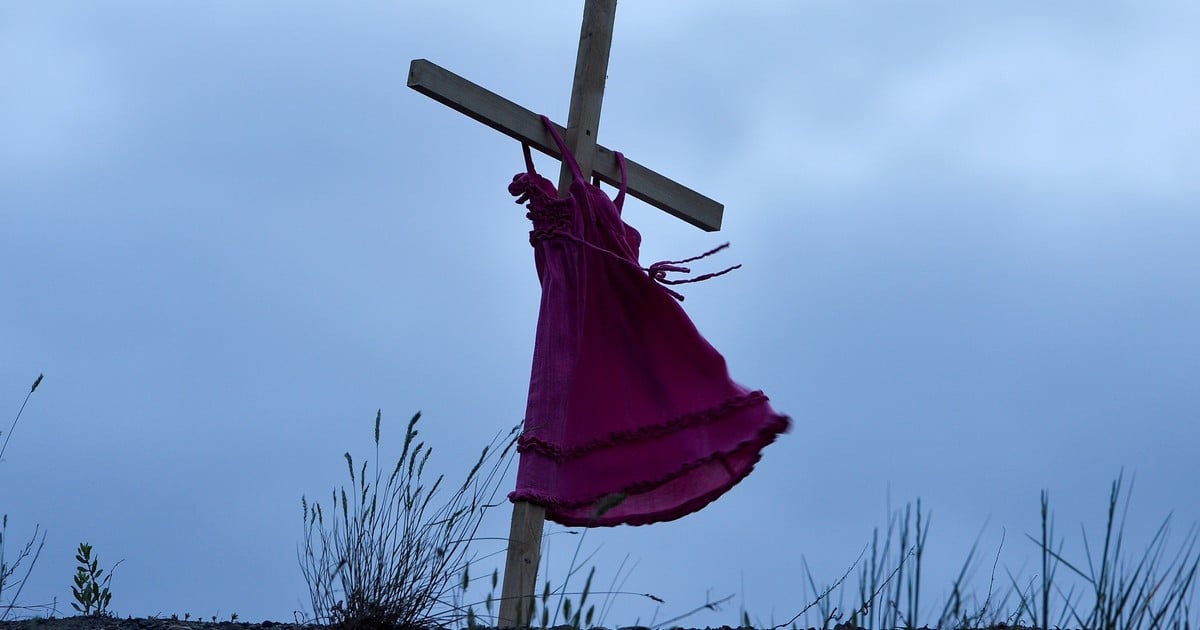 Last month’s announcement on Canada that the remains of 215 indigenous children had been found on the grounds of the Kamloops Indian Boarding School left the country in shock.

Flags from across Canada flew at half mast, and impromptu tributes of loafers or children’s shoes emerged, often inscribed “215,” including one in front of the Parliament Building in Ottawa.

“Many survivors, my relatives, have been saying for years: that there were many deaths, that there are many unidentified graves,” said Perry Bellegarde, national head of the Assembly of First Nations, the country’s largest indigenous organization.

He was referring to children who were separated from their families and forced to attend the famous boarding schools from Canada, like Kamloops, in order to assimilate them to western culture.

“But no one ever believed the survivors,” he added. “And now, with the discovery of the Kamloops Trench, everything is horrible, it is tragic and it is painful,” he remarked.

An estimated 150,000 indigenous children passed through the schools between their opening in around 1883 and their closure in 1996.

A tribute to the indigenous boys murdered in Canada, days ago in front of what was the boarding school where the remains of 215 minors were found. Photo: REUTERS

Since taking office in 2015, Prime Minister Justin Trudeau has prioritized launching a list of 94 actions to commemorate students and improve the lives of indigenous people.

But indigenous community leaders believe the government still has a long way to go.

The discovery of the tombs gave new impetus to the national debate on how to repair the history of exploitation of indigenous peoples. Many wonder how so many children ended up at that burial site.

Efforts to find remains began about twenty years ago at the Kamloops school, which ran from 1890 to the late 1970s and was the largest in Canada at the time. It reached a maximum of 500 students.

Members of the Tk’emlups te Secwepemc First Nation made the grim discovery last month after bringing in ground-penetrating radar.

Among the 215 bodies found on radar, there appears to be one of a boy who died at the age of 3, said Tk’emlups te Secwepemc chief Rosanne Casimir. All the children were buried decades ago explained.

Casimir also said he anticipated more remains would be discovered as the terrain continues to be explored this month. The community is now working with the Royal Canadian Mounted Police and the British Columbia Forensic Service.

On Friday, Casimir reported that the bodies found so far appeared to be buried in different “places of unidentified burial that, as far as we know, are not documented either. “

Footwear, toys and flowers, in a tribute to the indigenous boys murdered in Canada. Photo: REUTERS

Violence and abuse in boarding schools

In the late 19th century, Canada reserved land for indigenous people through often dubious treaties, while directly seized those lands in some places, especially British Columbia.

By 1883, the government added a new dimension to its exploitation of the Indians. Indigenous children in many areas of Canada were forced to attend boarding schools, often away from their communities.

They were mostly run by churches and in all of them the use of indigenous languages ​​and cultural practices was prohibited, often with violence.

Diseases and sexual abuse, physical and emotional were widespread.

The Kamloops school was run by the Catholic Church until 1969, when the federal government took over the school system.

Reports from an inspector and a doctor indicated that the Kamloops students were sometimes severely malnourished.

Flags on the pole of the former Kamloops indigenous residence in that town in the British Columbia region of Canada this Sunday. Photo: REUTERS

A National Truth and Reconciliation Commission created by the Canadian government spent six years listening to 6,750 witnesses to document the history of the schools.

In a 2015 report, he concluded that the system was a form of “cultural genocide.”

The commission also demanded an apology from the Pope for the role of the Catholic Church.

On Sunday, Pope Francis refrained from offering a formal apology, but said “the sad discovery heightens awareness of past pain and suffering.”

Some former students testified before the commission that the school priests had children with indigenous female students and that the babies had been taken from their young mothers and killed.

In some cases their bodies were thrown into ovens. According to the commission, many students also died from illness, accidents, fires and fatal attempts to escape.

Schools suffered massive deaths when infectious diseases spread there, according to a report this year on burial sites by Scott Hamilton, a professor of anthropology at Lakehead University in Thunder Bay.

The dubious figures of horror

When a child died in boarding school, his family was often given vague explanations or told that he had simply run away and disappeared, according to the commission.

A plaque in front of the former Kamloops boarding school in Canada. Photo: AFP

When schools recognized the death of children, until the 1960s they generally refused to release the bodies to their families. The remains were only handed over if it was cheaper than burying them in schools.

In its report, the commission calculated that at least 4,100 students had died or disappeared in boarding schools and demanded that the government account for all those children. However, he did not say exactly how many had disappeared.

Murray Sinclair, a former judge and senator who chaired the commission, said in an email last week that he now believed the figure was “much greater than 10,000”.

Since the commission finished its task, it started a federal project to document the fate of the boys who never returned to their families after being sent to boarding schools and who are now generally known as “the missing children.”

So far, remains have appeared or been discovered in unidentified graves thanks to construction sites or natural phenomena at the sites of other ancient schools, though nothing of the magnitude of Kamloops.

The Prime Minister of Canada promised financial compensation to indigenous families who are victims of repression and abuse. Photo: AFP

Kisha Supernant, an indigenous woman who chairs the Institute for Prairie Archeology and Indigenous Peoples at the University of Alberta, leads teams that use georradars and other technologies to search for remains.

Hamilton said locating burial sites is often difficult due to poor records, their loss and the relocation of some schools.

“These cemeteries are now often unidentified,” he said. “It is not known what they were like 50 or 60 years ago. The problem is that they have not been maintained. Once the schools were closed, the properties were often abandoned.”

During a special debate in the House of Commons on June 1, Trudeau said that Canada had failed the 215 boys whose remains were discovered, as well as the others. minors who never returned to their communities from boarding schools.

“Today some of the children found in Kamloops, and who have not yet been found in other parts of the country, would be grandparents or great-grandparents,” he said. “They are not, and that is Canada’s fault.”

Trudeau said the government heeded indigenous leaders’ requests for money and other aid to use radars and various technologies to search for the remains of students in other schools.

Bellegarde said he hoped that the upheaval that followed the Kamloops discovery will lead Canada to accelerate efforts to achieve reconciliation and end the discrimination and the great economic gap between indigenous people and the rest of the country.

“We have to use this as a catalyst,” he said. “We have helped build this great country and no one is going anywhere. We have to work together, so let’s roll up our sleeves and do this job.”