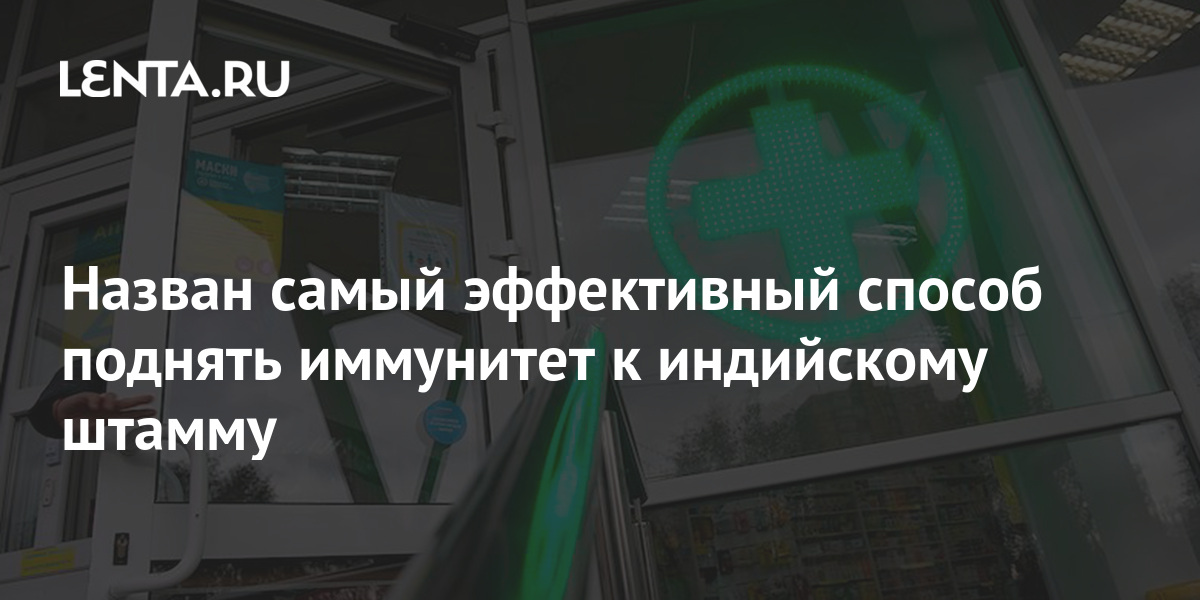 Allergist-immunologist Vladimir Bolibok in an interview with Lente.ru called the most effective way to increase immunity to resist the Indian strain of coronavirus.

According to Bolibok, the most effective way can be considered only one – medication. For a quick rise in immunity, he recommended taking drugs from the group of immunomodulating agents. The doctor called non-drug ways to increase immunity a profanation.

“The level of immunity in humans is determined by two parameters. The first is his genetics and the second is his age. In a person, the level of immune defense is, as it were, “programmed”. Accordingly, in some areas the immune system works better, and worse against certain viruses and bacteria. This is individual for everyone. As a result, during his life, a person encounters the infection, virus or bacterium to which he is most susceptible, that is, which his immune system reflects worse and as a result he acquires some kind of chronic disease, ”explained Bolibok.

“Plus, age begins to overlap. On average, by the age of 35, people in a latent or open form already have some kind of chronic diseases. As a matter of fact, COVID-19 is quite clear on this age scale and unwinds the immune system. That is, the older a person is and the weaker his immune system, the more actively the virus attacks such a person and kills more in this group, ”the doctor continued.

The specialist noted that a healthy lifestyle in enhancing immunity can help, but not everyone. In addition, it will not save a person from those diseases to which he is predisposed.

“If you want to restore your health at all, then the sun, air, water, healthy food and everything else can help. You will spend some time there, several years, and in the end you will be a relatively healthy person for your age. And a healthy lifestyle will not help someone in any way, because the genetics are such that they will still need medication to feed the immune system, ”the doctor concluded.

Earlier, Moscow Mayor Sergei Sobyanin said that in order to resist the Indian strain of the coronavirus, a person needs twice as much immunity. According to him, the new strain is spreading faster than the Wuhan strain, and has turned out to be more aggressive.

On June 18, Sobyanin said that 89.3 percent of COVID-19 patients in Moscow were carriers of the Indian strain of the coronavirus.

The Witcher announces its second season premiere date, number of episodes and more