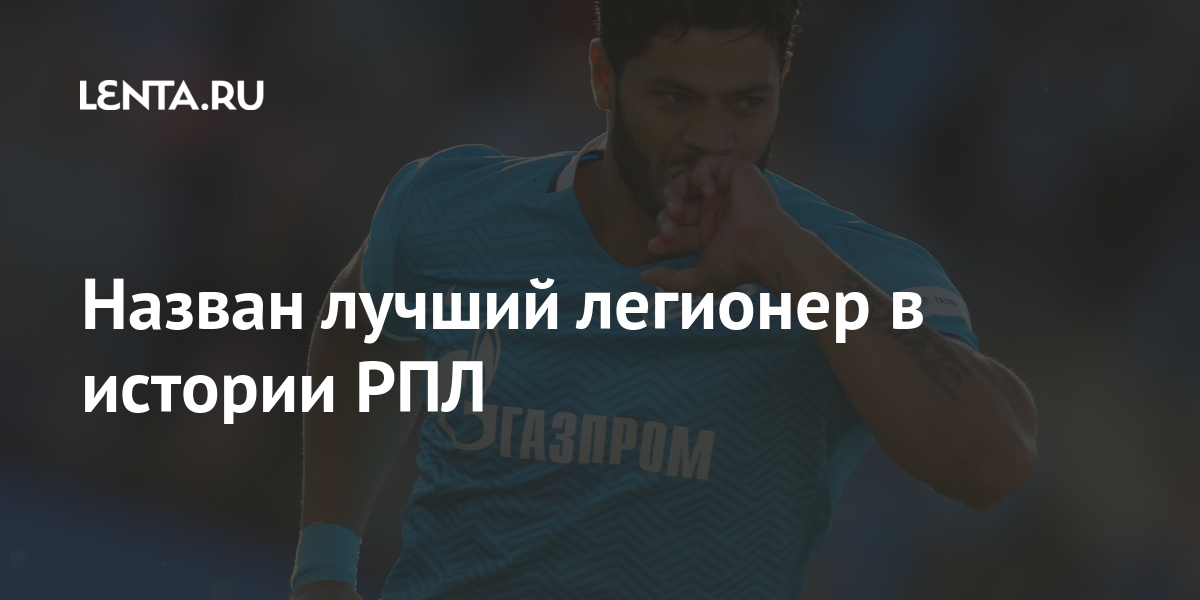 Named the best legionnaire in the history of the Russian Premier League (RPL). Post available in Twitter-account of the organization.

RPL conducted a survey on Instagram among fans. According to the voting results, the Brazilian Hulk, who played for the St. Petersburg Zenit, was recognized as the best foreign footballer in the history of the league.

At the moment, the 34-year-old striker is without a club. The last team of the Brazilian was the Chinese “Shanghai SIPG”. In November 2020, it was reported that a representative of the Hulk got in touch with the Turkish Galatasaray and Zenit.

Hulk played for Zenit from 2012 to 2016. He has 49 goals in 92 matches for the Russian club. Together with Zenit, he won the Russian championship, as well as the cup and super cup of the country.

Elon Musk revealed his routine: how long he works and how many hours he sleeps per day