Nagelsmann on Bayern coach offer: I will not start a war with my employer! 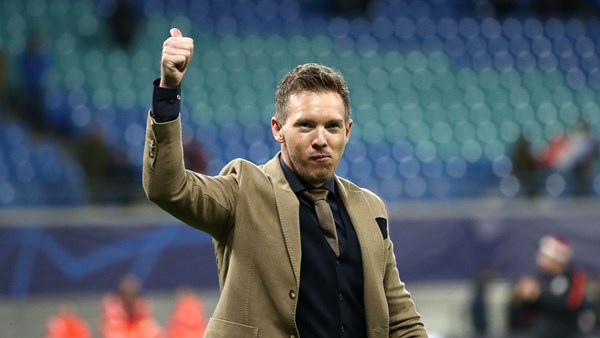 German club Leipzig coach Julian Nagelsmann has commented on the possibility of his transfer to Bayern Munich after his coach Hanzi Flick announced his intention to leave at the end of the season, but Nagelsmann’s comment was devoid of declaring an explicit commitment to his current club. Nagelsmann said: There is no new situation, there were no talks and there was no show, and regarding his status with his current club, Nagelsmann said: I mentioned repeatedly that there is a contract and indicated that there are no differences. It is reported that Nagelsmann’s contract with Leipzig lasts until 2023, and there is no clause in the contract for exit. Nagelsmann, 33, confirmed that he did not want to occupy himself with a scenario of a possible offer from Bayern. He said: I do not see it as the right way for a coach to give himself more importance than it actually is, and I think it is wrong to sit down and say what happens if Also, I cannot sit down and say tomorrow I will end my relationship here and start another relationship. Flick announced after his team’s match against Wolfsburg his intention to leave Bayern at the end of the current season and end his contract until 2023 early. Nagelsmann is considered the most prominent candidate to succeed Flick, but Leipzig officials have repeatedly stressed in recent times that Nagelsmann does not intend to leave the club, and Nagelsmann commented, saying: It is still the same and that I will not start a war with my employer.

Coronavirus: when is the peak of cases of the second wave expected in the AMBA

Together for Change calls for an investigation into the Ombudsman, Guido Lorenzino