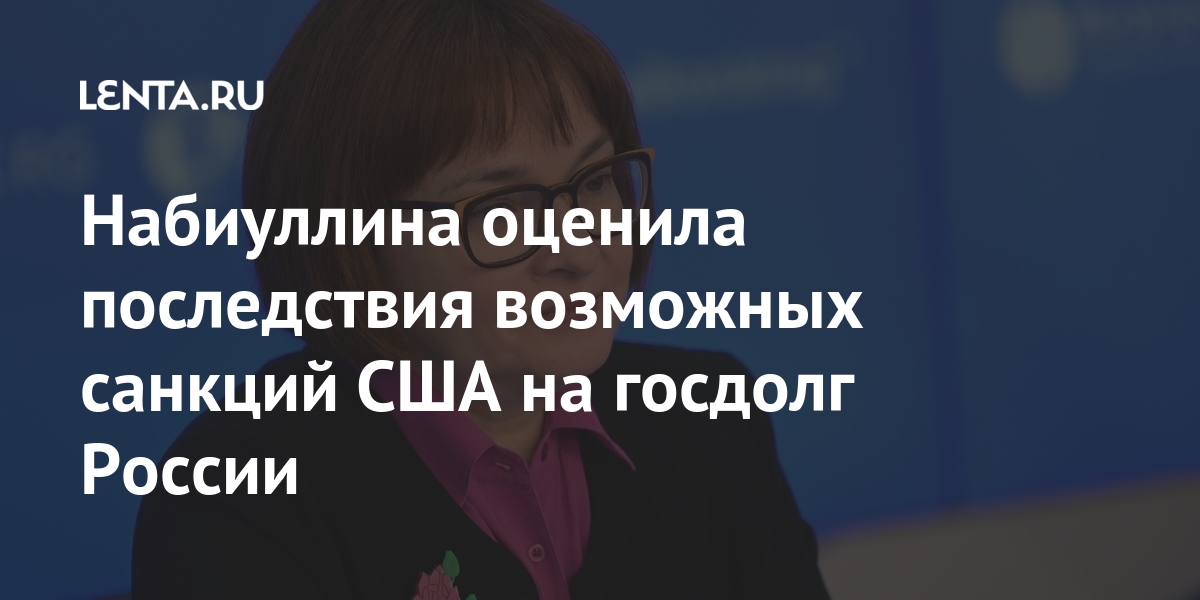 Bank of Russia Chairman Elvira Nabiullina at an online conference following the meeting of the Central Bank Board of Directors assessed the consequences of possible US sanctions on the Russian national debt. Her words leads TASS…

According to her, if the United States imposes appropriate sanctions, short-term fluctuations in liquidity are possible. However, Nabiullina noted that in general, the level of Russia’s public debt is one of the lowest, “very small by international standards.”

“The fact that an appropriate budgetary policy is being pursued and the state debt is in a controlled area does not create systemic risks for financial stability. In any case, we have all the tools to cope with volatility in the financial market, ”she said.

Earlier it was reported that American funds turned out to be a secret weapon of the United States against Russia: they accumulated enough Russian public debt to bring down the ruble.

On March 17, the United States announced new trade sanctions against Russia. They are a continuation of the restrictive measures introduced in early March. Within three months, the restrictions may be further expanded, and then the Russian national debt is at risk of being threatened. Already in June, Washington may impose a ban on lending to government agencies of the violating country by American banks, that is, completely ban the work with the Russian national debt.

The Kremlin, speaking about the risks due to sanctions, noted that Russia will have to take the necessary measures to minimize the consequences of them.

The date has been set: Prince Philip’s memorial service on April 17th at Windsor Castle

Music BTS, one of the world’s most popular bands, calls for an end to Asian hatred and talks about racism faced by its members