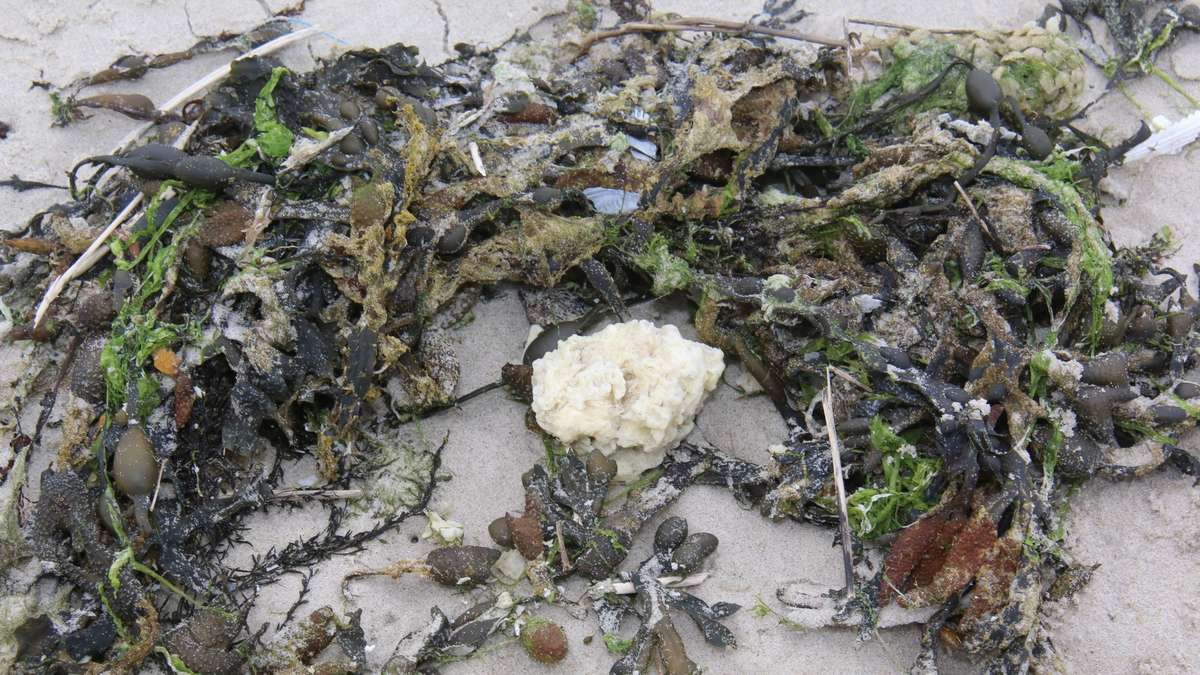 Guesswork in East Frisia. Several white lumps have washed up again on the North Sea coast of Lower Saxony. What’s behind it?

Wangerooge – White lumps have washed up again on the beaches of the East Frisian island of Wangerooge. According to initial findings, the island’s bathing beach is particularly affected by the pollution, said a spokesman for the Ministry of the Environment.

Wangerooge: Washed up lumps sometimes as big as a golf ball

The exact extent and whether beaches on other islands were also polluted is currently being examined. What kind of substances it is also still unclear. Coastal protection employees classified the lumps as “paraffin-like substances”. Parallels to the year 2010, when such clumps were found on the Baltic coast, are therefore obvious.

As a dpa reporter from Wangerooge reported, the white lumps were distributed over the entire beach and were of different sizes. Some lumps are about twice the size of a golf ball. Islanders assume that the lumps have now been washed onto the beach with the stormy seas of the past few days.

North Sea coast: lumps not washed up for the first time – guesswork on the cause

It was not until the end of April that white, waxy lumps were washed up on the North Sea coast of Lower Saxony, including on the islands of Wangerooge and Langeoog. The cause of the pollution remained unknown. Analyzes have shown that two of the finds were paraffin wax – but what about the others mysterious lump*?

The majority are not paraffin. “The samples from the islands of Wangerooge, Langeoog and Norderney do not show any characteristics that indicate paraffin or other known vegetable oils,” said the Parliamentary State Secretary in the Federal Ministry of Transport, Enak Ferlemann (CDU), in response to a request from the Green Bundestag member Filiz Polat . How many samples were examined and what results can be derived from them remained unclear.

Wangerooge: Is it related to paraffin? Green politician calls for a ban

Oil and chemical residues from ships are often disposed of in the North Sea, for example when residues are washed out of the ship’s tanks. Since the beginning of 2021, stricter rules have been in place for the discharge of paraffin – but there is no ban.

The Greens MP in the Lower Saxony state parliament, Meta Janssen-Kucz, again called for a ban on the discharge of paraffins in view of the washings. “A uniform pre-wash requirement can be agreed and implemented jointly by the North Sea residents. Here the state government must finally put itself at the forefront of the movement instead of always referring to the international shipping organization, ”said the politician. (as / dpa) * tz.de is an offer from IPPEN.MEDIA

The Government prepares mechanisms to measure the social impact of algorithms

Immune escape: when Covid-19 variants are resistant to the vaccine