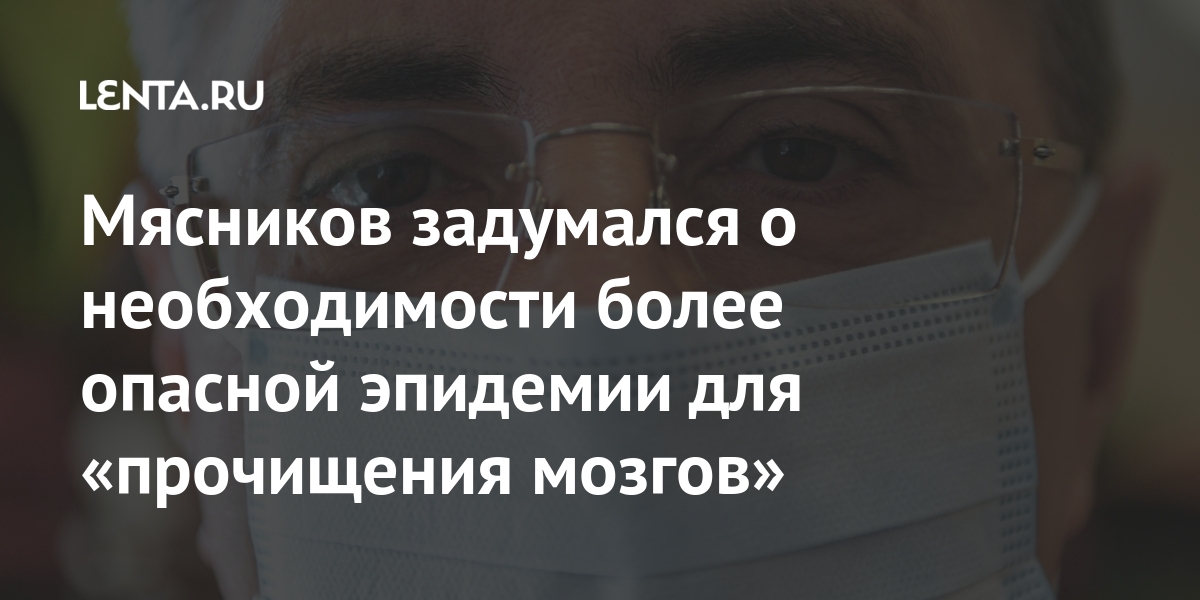 Doctor and TV presenter Alexander Myasnikov speculated that humanity had misunderstood the COVID-19 sent by nature. In his Telegram– on the channel, the doctor thought that people need an “epidemic cleaner than coronavirus” to “cleanse their brains”.

According to Myasnikov, humanity “went crazy”: at first “it multiplied beyond all measure”, and then “destroyed and dirtied everything that it could reach.”

“Well, she (nature) sent us a coronavirus:“ People, think, you are all mortal. People, before me you are all equal. The fact that you divided yourself there by country – I don’t care, learn to unite, even if in the face of disaster. ” No, people and this warning “blank” shot managed to turn into a crossbow in the leg, ”Myasnikov said.

The doctor presented a situation in which “some microbe” will learn to read and watch the current political news. In his opinion, this “microbe” will pass everything on to “its own”, and nature “will send something with a mortality rate not in one and a half percent, but if it is 20 times stronger,” to educate him.

Myasnikov said that he also reads the news in different languages ​​and different sources, so he believes that only Russians retain their sanity.

“This can be seen from the history of the same notorious coronavirus. (I’m still waiting to be told that we are to blame for his origin. And Petrov and Bashirov visited Wuhan on November 19! It’s painfully we look advantageous compared to the others). So today is not the third wave, but only the first act, but will we make it to the intermission? ” – the doctor asked a rhetorical question.

Earlier, Myasnikov named the danger of Russian resorts. He warned the Russians that a mass gathering of people could provoke an epidemiological situation.

Survey: CSU outside Bavaria almost double-digit – and particularly strong in one region