Myasnikov stated the defeat of Europe in the fight against coronavirus 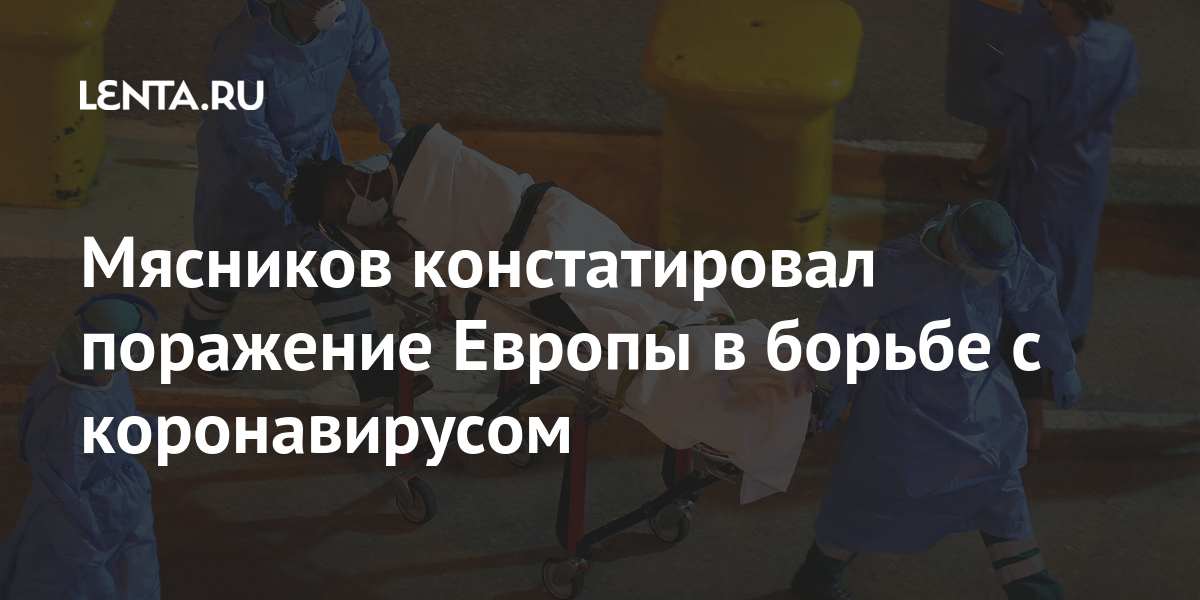 Doctor and TV presenter Alexander Myasnikov spoke about the actions of the authorities of European countries during the third wave of coronavirus. IN Telegram-channel, the doctor stated the defeat of officials in the fight against COVID-19 due to a series of erroneous decisions.

According to the specialist, in recent weeks, the number of infected people in European states has been growing, despite strict restrictions. European governments “issue chaotic regulations”, the essence of which is to prohibit what is not yet prohibited. For example, in Paris, people on the street are fined even for masks that have been pulled down from their noses, the doctor said.

The doctor expressed confidence in the ineffectiveness of these measures. “After all, it is quite obvious that all these lockdowns and so on primitively do not work,” Myasnikov said.

He added that at the same time, the EU had problems in order to vaccinate the population. “Death after a thrombosis vaccine in a patient with multiple risk factors for thrombosis led to a suspension of vaccination,” the doctor explained. Myasnikov noted that this decision also increased people’s uncertainty about the need to get vaccinated.

The doctor urged the European authorities to abandon the politicization of vaccines and understand that “there are no American, British, Indian, Russian, Chinese vaccines – there are just vaccines for covid.” In addition, he advised the EU countries to follow the example of Russia and China and increase the capacity of the medical system, and not lock people in their homes.

Earlier, Myasnikov explained why he recommends being vaccinated for those people who have already suffered from the coronavirus. He said that the vaccine is optional, but it will not do any harm either. At the same time, antibodies from it will be more resistant to new mutations, the specialist assured.

Road cycling Jaakko Hänninen competes with a bike worth 17,000 euros – now he explains what it means to a professional to change the bike brand