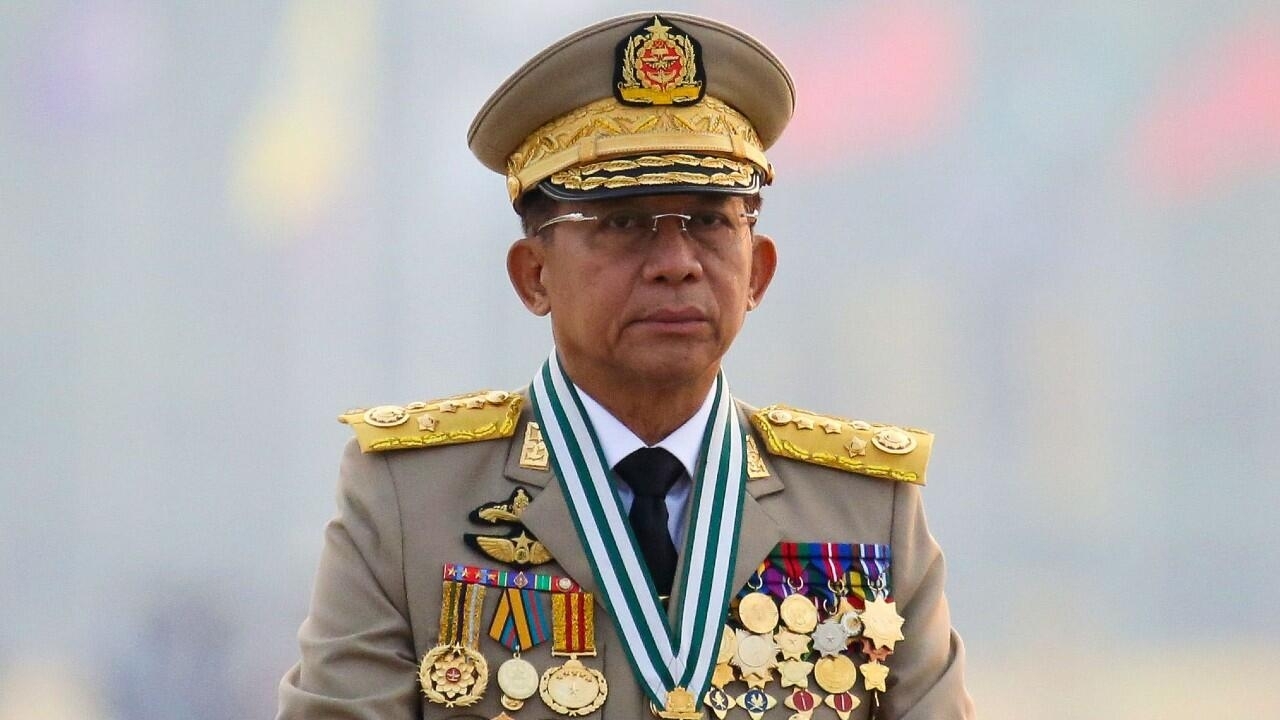 The head of the Myanmar Army and leader of the coup on February 1, Min Aung Hlaing, will attend the state summit of the Association of Southeast Asian Nations (ASEAN) on April 24 in Jakarta, Indonesia. This will be the military’s first trip abroad, as a representative of his country after overthrowing the democratically elected authorities.

The Myanmar Army appears to be increasingly consolidating its control over the country, after taking power by force. Despite calls from the international community to return the leadership to the overthrown government and stop the crackdown on protesters, the head of the military junta, Min Aung Hlaing, will be at the intergovernmental summit of the Association of Southeast Asian Nations (ASEAN). ). This was confirmed by the Foreign Ministry of Thailand, a country that participates in the meeting.

This meeting, to be held in Jakarta next week, was convened with special attention to addressing the Burmese crisis.

The association, to which Brunei, Cambodia, the Philippines, Indonesia, Laos, Malaysia, Singapore, Thailand and Vietnam belong in addition to Myanmar, has already tried to promote talks between the coup plotters and the ousted government, but the military junta has ignored the calls.

The attendance of Min Aung Hlaing to the event, until now intended for state representatives, is confirmed after the newly formed Government of National Unity (NUG), for its acronym in English, requested the invitation to the ASEAN summit, as an authority legitimate of the country, instead of the head of the Army.

The NUG was announced on Friday as a counterpart to the coup leaders and asks to be recognized internationally. It is made up of pro-democracy politicians, including the ousted MPs, the leader of the nation who remains in military detention, Aung San Suu Kyi, leaders of the protests against the coup, and leaders of the nation’s ethnic minorities. .

Lwin Ko Latt, who has been appointed Minister of Internal Affairs and Immigration, assured that in the coming days several governments will officially recognize the Government of National Unity of Myanmar as the legitimate leaders of the nation. Although he avoided naming them for now, he said they “include some Western countries, as well as a member country of the Arab world that experienced the Arab Spring, which we greatly respect and envy,” he told a news conference on Saturday.

This Saturday, the Burmese junta announced that it pardoned and released 23,184 prisoners from prisons across the country, under an amnesty on the occasion of the traditional Thingyan New Year holiday.

However, it is unlikely that the beneficiaries will include pro-democracy activists arrested during the ongoing protests against the military institution.

So far, state media have reported that among those released are 137 foreigners, who will be deported from Burmese soil. At least three political prisoners arrested in 2019, during that year’s New Year celebrations, for skits mocking military representatives in Parliament and the Army’s involvement in the nation’s business were also released.

But, the move comes as the security forces’ crackdown on protesters continues. Local daily Myanmar Now reported that troops on Saturday killed at least two protesting citizens in the central city of Mogok, in the country’s gem-mining region.

According to the count of the Association for Assistance to Political Prisoners, government forces have killed at least 728 protesters and bystanders since they took power by force on February 1. In addition, 3,141 people have been arrested, including Suu Kyi.

Cuba puts an end to the Castro era

Russia repeated the space record of 30 years ago