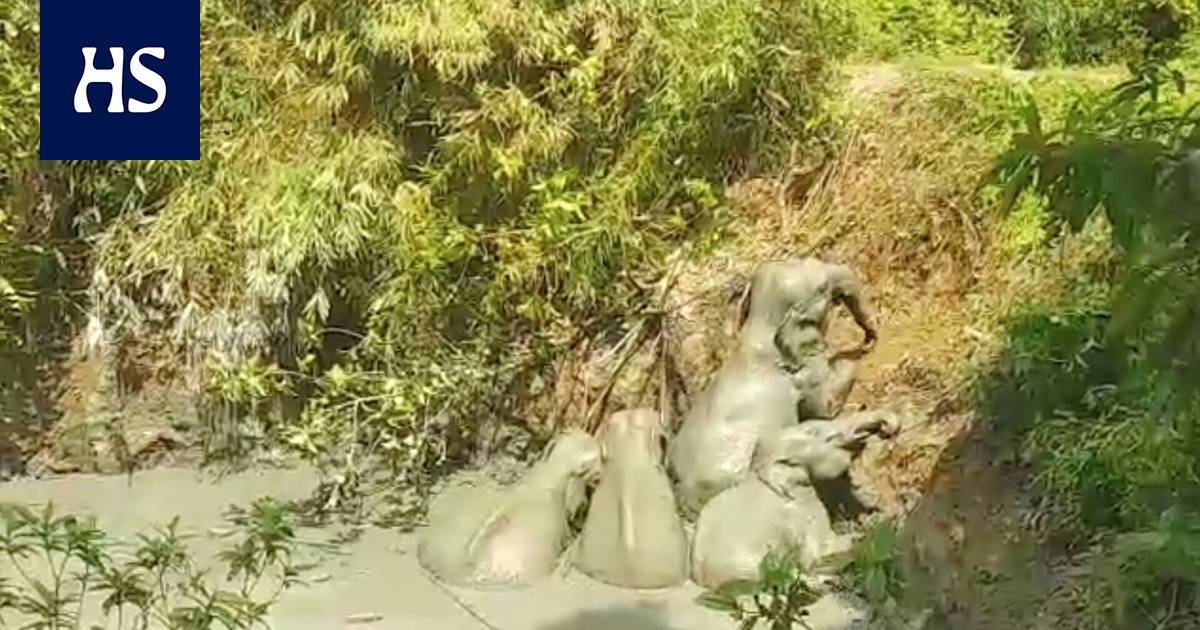 The villagers managed to rescue four elephants trapped in a deep mud pond in Myanmar.

For some reason, the animals had landed in a deep mud pond on Friday in the jungles of Myanmar. The edges of the pond were too steep and the elephants could not get out of the pit without help.

The elephants first tried to get out of the pit on their own with no success. Picture: ZAW PHYO THAN AND AUNG KYAW KYAW / Reuters

News agency Reuters says villagers in southern Rakhine State usually avoid elephants in the area, but this time they decided to help the animals. The villagers feared that without help the elephants would die in a mud pond.

In the footage from the rescue operation, the elephants try unsuccessfully to get out of the pit themselves without success.

The villagers dug the elephant rescue route for five hours. Eventually the elephants got up along the route.