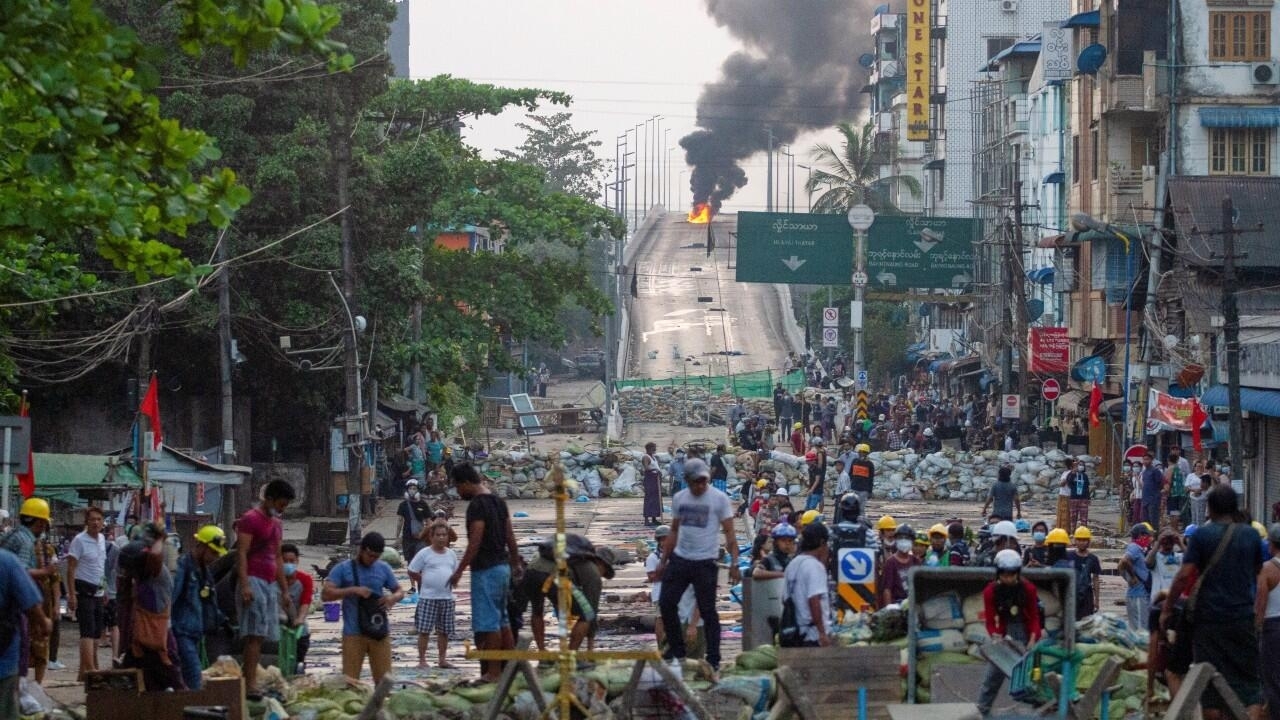 The UN World Food Program (WFP) alerted the world to a “serious” economic crisis in Myanmar after the February 1 coup. The situation, which has lasted for several weeks, has caused a worrying increase in food and fuel prices.

According to a publication of the organization (WFP for its acronym in English), the social instability that affects Myanmar has impacted supply chains and markets causing the increase in the prices of some basic goods.

The document, published on March 16, indicates that the situation affects mainly the most vulnerable and low-income population.

The document focuses on the price variation that some products have presented in various locations. For example, he refers to the case of palm oil in the city of Rangoon, one of the largest in the country, where the increase in the product stands at 20%.

Likewise, rice (a popular ingredient in the diet of the country’s inhabitants) presented a nationwide variation of 3% during the month of January. However, in recent weeks, the suburbs of Rangoon and Mandalay registered a price variation close to 4%, while in other towns such as Bhamo and Putao, in Kachin state, the price showed a 35% increase.

🚨 #Myanmar: Rising food and fuel prices a looming threat to the poorest

“These initial signs are worrying, especially for the most vulnerable people who were already living from food to food (…) In addition to the Covid-19 pandemic, if these price trends continue, they will seriously undermine the ability of the poorest and most vulnerable to put enough food on the family table, ”said Stephen Anderson, WFP Myanmar Director.

Additionally, since February 1, the price of fuel throughout the country increased by 15%. However, according to the report, the price of gasoline has risen 33% (and diesel 29%) in northern Rakhine state.

Social and political upheaval generates a direct impact on the economy

The agency dependent on the United Nations has indicated its concern that the coup could impact the country’s economy, especially when it recovers from the crisis caused by the Covid-19 pandemic.

“Many people are recovering from the impact of Covid-19. Before the political crisis there were factory closures and many of the poorest had lost their jobs due to restrictions. Additionally, there was a decrease in remittances from abroad ”, added Anderson.

According to the British newspaper ‘The Guardian’, before the pandemic, six out of 10 households could not access a nutritious diet. After the outbreak, poverty increased even more and by the second half of 2020, four out of five households revealed income losses close to 50% during the emergency.

The arrival of the military to power has generated further economic upheaval. Currently, many workers have not been able to go to their jobs due to the civil disobedience movement that opposes the military coup, a fact to which the Army has responded with violence, intimidation and the use of lethal force. Sectors such as banking and transportation have been impacted due to the risk of going out onto the streets.

Faced with the near paralysis of the banks, the WFP stated that it is processing food worth 12 million dollars to keep as a reserve in case the situation worsens.

The agency already provides cash and food transfers to people displaced by the conflict, including some 360,000 Rohingya and other vulnerable groups.

WFP asks to respect the will of the people

The rise to power of the military coupled with the wave of protests has caused violent clashes that left at least 183 people dead and about 1,300 arrested.

On March 15, clashes in several cities left at least 20 people dead, according to data from the local monitoring group Asociación de Asistencia a Presos Políticos (AAPP).

In his letter, Anderson called on the UN Secretary General, António Guterres, to respect the will of the population expressed in the November election process.

“We at WFP know all too well how hunger can appear when peace and dialogue are ruled out,” Anderson said.

Myanmar is politically affected after the military junta removed and imprisoned the nation’s leader, Aung San Suu Kyi, to take power on February 1.

Since then, the international community has spoken out against the military in power and the repression that emerged amid the protests.

Jean-Yves Le Drian, French Foreign Minister, indicated on March 16 that the European Union bloc would approve sanctions against the commercial interests of those responsible for the military coup next week.