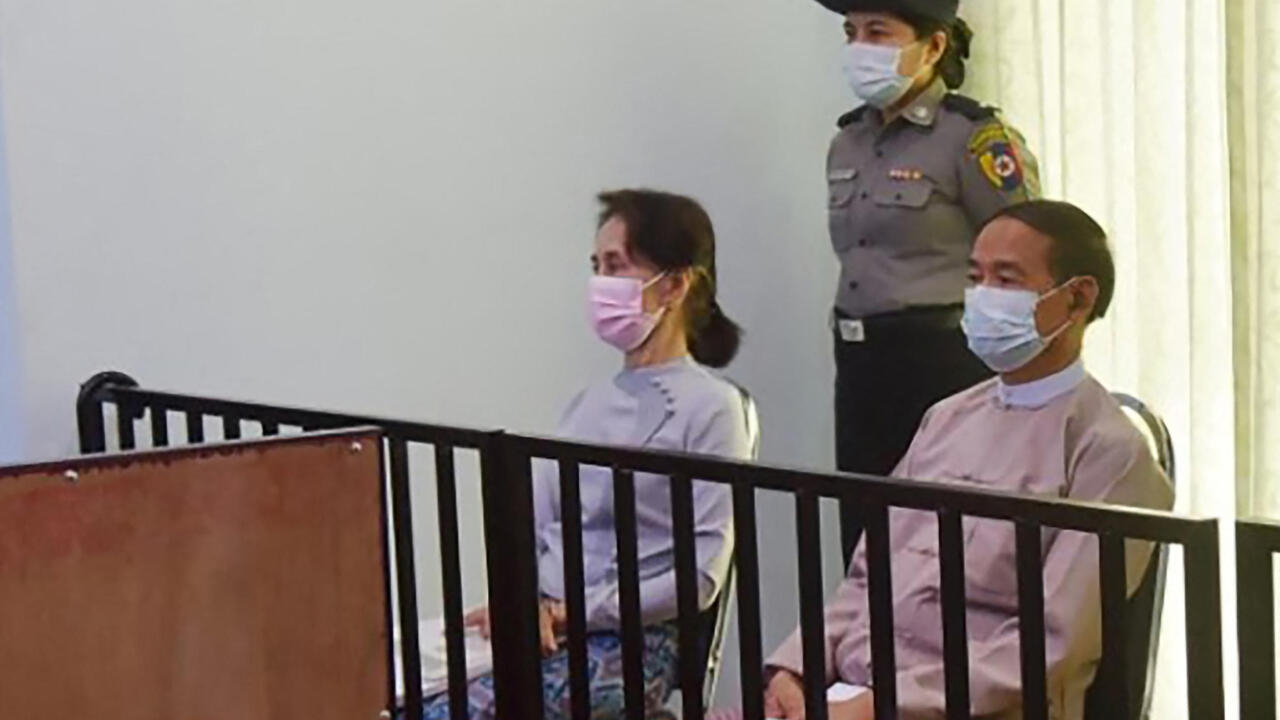 The former Burmese leader, overthrown in February by the military, was charged with bribery and advantageous use of her authority, along with other former officials of her government. According to the official newspaper ‘The Global New Light of Myanmar’, the Anti-Corruption Commission handed over to the police the complaint of millions of dollars and eleven kilos of gold. In this way, the Military Junta continues its judicial harassment against Suu Kyi.

Former leader Aung San Suu Kyi, toppled by the Burmese Army on February 1 in a coup led by Min Aung Hlaing, will face charges for allegedly using her power and accepting money and gold, in an abuse done through the charitable foundation she presided over. , whose name ‘Daw Khin Kyi’ is that of his mother. Prosecutors will present their case to the Court next Monday, June 14.

“She was found guilty of committing corruption using her rank and will be charged in accordance with section 55 of the Anti-Corruption Law”, published the newspaper ‘Global New Light of Myanmar “, adding that” if found guilty, the Law contemplates up to 15 years imprisonment for these charges. “

The complaints –which give continuity to others, in a judicial persecution against her– accuse her of having “abused her authority” to rent land for the foundation for a price below the estimate. According to the Anti-Corruption Commission, Suu Kyi acted in Rangoon to open the headquarters, and in two more sites in the capital Naipyidó, to build a workshop school.

“These movements were not carried out according to the stipulated procedures, but through his power and authority. He paid prices lower than reasonable amounts for the lease of the land,” said the Myanmar Anti-Corruption Commission, according to the media. official.

The accusations against the deposed ex-president have been denied by her lawyer, who has called them “absurd.” On the other hand, the policy is not allowed to speak privately with their legal representatives for security reasons.

“These allegations of bribery and corruption against Suu Kyi are absurd. They are unfounded. During my 50 years of experience … I have never met a more honest and incorruptible state representative than Suu Kyi. She may have flaws, but the personal greed and corruption are not his traits, “lawyer Khin Maung Zaw told EFE news agency.

Social protests, Achilles heel of the Board

After a general election that Suu Kyi’s National League for Democracy (NLD) party won by an overwhelming majority, its authority was ended by a coup by military commander Min Aung Hlaing.

Since then, a series of daily protests, strikes and combats with rebel groups have been present in the country and against the raised Military Junta.

In their crackdown, security forces have killed at least 815 people since the military uprising, according to the activist group Association for Assistance to Political Prisoners. Hlaing, chief of the generals, has denied this figure and assures that the victims barely reach 300. The sum also includes the deaths of 47 policemen.

Aung San Suu Kyi, a questioned 1991 Nobel Peace Prize winner, is among the 4,000 people arrested since the coup. Other charges against him since his arrest include illegal possession of walkie-talkie radios, inciting public disturbances and violation of a state secrets law.

According to analyst Richard Horsey, from the ICG international analysis center, “the military regimes that have taken place in Myanmar have always wanted to target corruption against their opponents.” If convicted, Suu Kyi, 75, would not only be removed from political life, but would have to spend long years in prison.