Myanmar Ambassador to London Expelled by the Military Junta 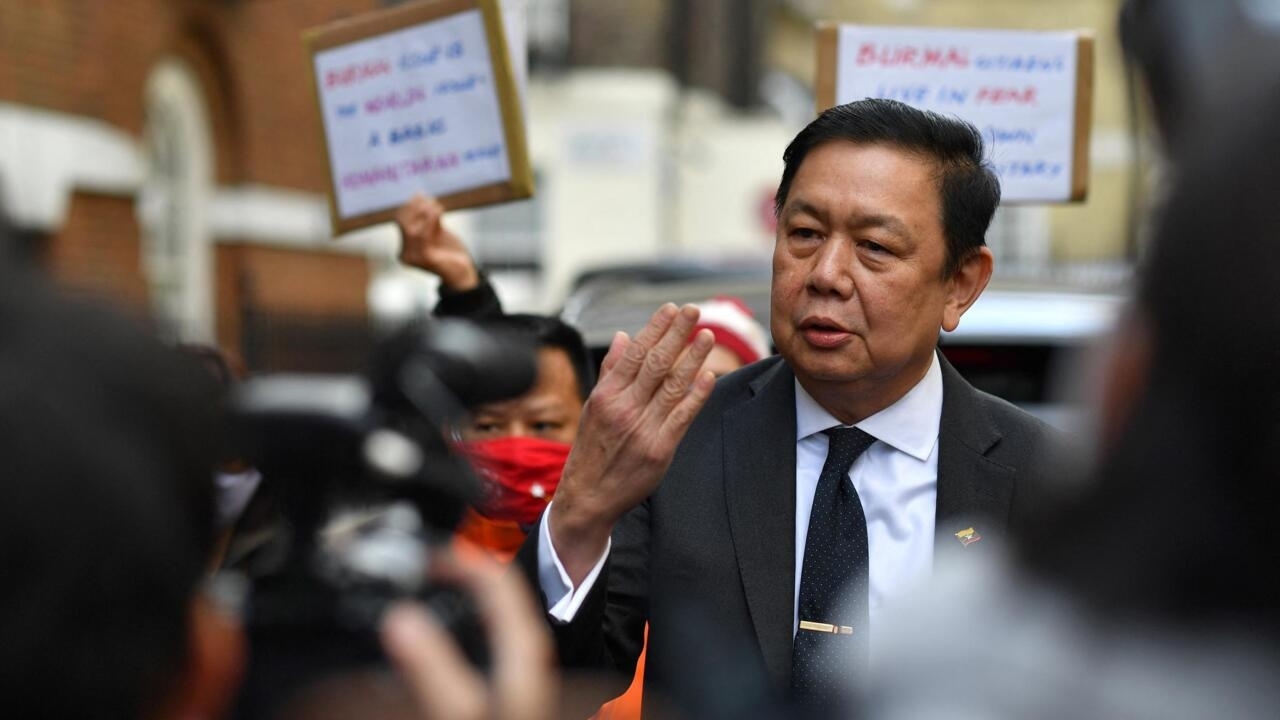 The Burmese ambassador in London was forcibly removed from office after his deputy expelled him from the building at the request of the Military Junta, whose representatives occupy the premises. The deposed diplomat had broken relations with the Myanmar government following the February 1 military coup. London condemned the events.

The coup in Myanmar reverberates on British soil. Last Wednesday, April 7, the Burmese ambassador in London, Kyaw Zwar Minn, was expelled from the embassy and deposed from office by his deputy, Chit Win, at the request of the military Junta, which sent a group of representatives who are locked up in the building. The deposed diplomat had broken relations with the Army after the armed forces staged the coup on February 1.

The military who seized the embassy sent a letter to the British Foreign Minister informing him that the deputy diplomat, Chit Win, had taken up the post of ambassador.

In the letter, the Board indicates that Kyaw Zwar Minn had already been removed from office on March 9 because he was not loyal to the Burmese government and because he had openly called for the release of civil leader Aung San Suu Kyi.

The dismissed ambassador affirmed that it is “a kind of coup in the middle of London” and urged the British Government not to recognize the representatives of the Board and to expel them from the country. “We call on the UK Government to refuse to work with the diplomat Chit Win, appointed by the military junta, or any other ambassador they may try to nominate in the future,” he added.

For now, the English comment on the matter has been issued by Foreign Minister Dominic Raab, who condemned what happened, praised the courage of the former ambassador and reiterated the desire for democracy to be restored in Myanmar.

We condemn the bullying actions of the Myanmar military regime in London yesterday, and I pay tribute to Kyaw Zwar Minn for his courage. The UK continues to call for an end to the coup and the appalling violence, and a swift restoration of democracy


The British Executive has already condemned and sanctioned the Asian country since the coup d’état took place. However, it could be more difficult for it to take direct action to evict the military locked up in the embassy, ​​as Reuters points out.

At the same time, in Myanmar, last Wednesday the army killed at least 12 protesters, according to the Association for Assistance to Political Prisoners (AAPP). The total number of deaths since the coup would reach at least 600 people.

On the other hand, the military Junta continues with the objective of repressing the voices of leaders with social influence. According to the AFP agency, the military government has issued an arrest warrant for some 120 celebrities. Among them Paing Takhon, model, singer and actor recognized in Myanmar and Thailand.

This Thursday, April 8, the 24-year-old was arrested by fifty policemen and soldiers when he was at his mother’s house in Rangoon, his sister told AFP. The agency also recalls that Takhon was one of the first known figures to oppose the coup and that, after his arrest, his social networks were inundated with messages of support, before being shut down by the government.

Tuktamysheva reacted to the silver in the world championship

Companies SMEs supported by Business Finland increased exports despite the corona situation: “It shows that our work has had an impact,” says the CEO