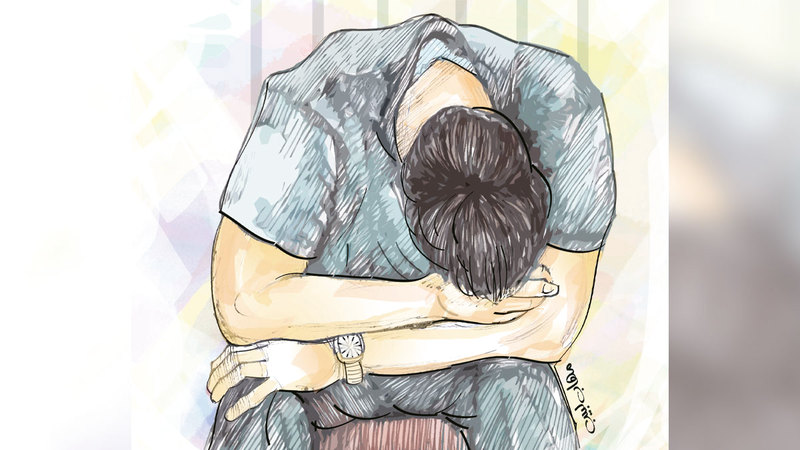 A fiftieth Gulf man resorted to Hemaya International Center in the General Department of Narcotics Control in Dubai Police, to save him from drug addiction after 27 years of abuse, during which he witnessed the death of all members of the drug group, including three of his brothers as a result of overdoses, and suffered imprisonment and social isolation.

The Director of Hemaya International Center, Colonel Abdullah Al-Khayyat, said that the center contained the case of the man and subjected him to Article 43 of the Drug Control Law, which is a lifeline and exempts the abuser from punishment when he surrenders himself or one of his relatives of the first or second degree delivers him to a treatment center or to the Public Prosecution Or the police for treatment, confirming that he had fully recovered from the addiction despite the long period of his use, which represents a glimmer of hope for all.

In detail, the periodic examination department at the Protection Center received a man in his fifties, who said in despair to those in charge of the department: “I am tired..help me..I want to live,” noting that he fell into the trap of the “first dose” and began his drug abuse journey at the age of 23 years with the encouragement of Shela died one by one as a result of drug overdoses.

Colonel Abdullah Al-Khayyat said, in a statement to the Protection Patrol, that the man found himself alone, suffering from the humiliation and bitterness of addiction, so he decided to take advantage of Article 43 of the Drug Law, in accordance with the principle of “better late than never.” With great determination and determination, the situation improved. The man in his fifties, thanks to the follow-up and the comprehensive treatment and rehabilitation program, showed great commitment to his regular check-ups and attending awareness seminars, until he turned 27 years of addiction.

He explained that the majority of those who get involved in the trap of addiction receive their first dose from bad friends, and waste the most beautiful years of their lives in drug and poison abuse, and they may later get involved in crimes and their fate will be imprisonment or death, but some of them insist on returning to life again and persevere for this end, from Among them is this man who engaged in drug abuse amid the neglect and neglect of his parents, and even dragged three of his brothers into a “clique” of abuse, whose members – including his brothers – died successively in excessive doses, after being involved in many crimes.

Al-Khayyat added that the man has been living single, lonely and ostracized in his social environment for many years, and he has also suffered from fear, anxiety, disease and many psychological struggles after the death of the members of the “cup” of drug use. He was imprisoned several times, and although he sank to his ears in the world of addiction, his soul was always telling him to return to life instead of dying with an overdose, asking him to escape from the torment, humiliation and oppression he lives every day because of drugs.

Al-Khayyat stated that last December the man received a call from the periodic examination department to visit the department and undergo an examination, and here the real change began. Serious in his repentance and sincere in his intention and will, and asked to renew confidence in him for the last time, and indeed he was contained, and Hemaya International Center offered him the opportunity to recover and return to life again in cooperation with Awnak Center for Social Rehabilitation and Erada Center for Treatment and Rehabilitation.

With the passage of time, he became more eager to change and break away from his painful past and everything that reminds him of the world of addiction, so he committed to attending awareness lectures and performing prayers on time. Providing psychological and social support to his family members to help them overcome the past with all its pain and turn a new page.

• He benefited from Article 43..and “protection” supported him psychologically and socially and provided him with care and rehabilitation.