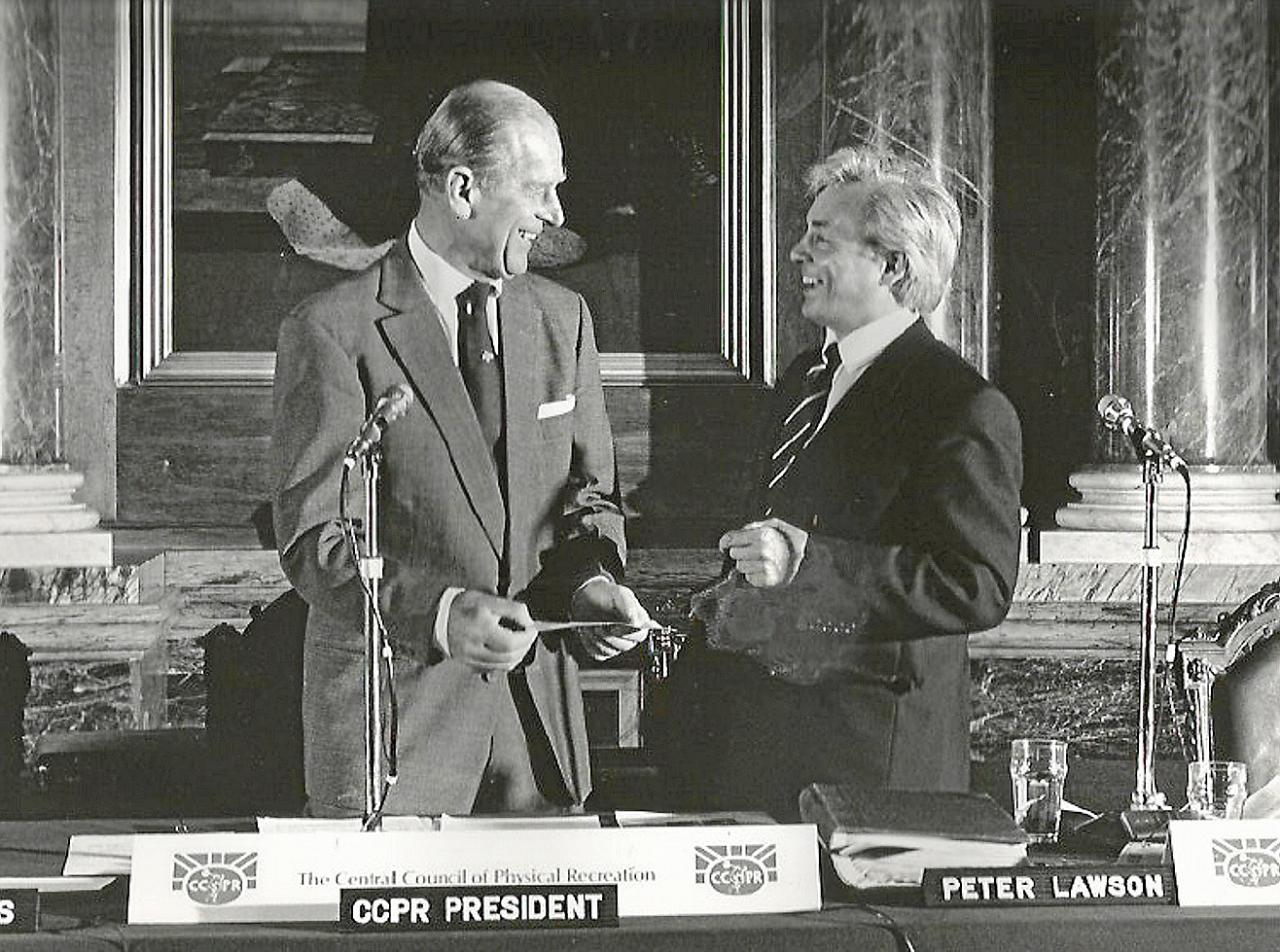 Three cheers for the Prince of Candor

PRINCE PHILIP received the send-off he deserved – one showing affection and respect for the man and admiration for the loyalty and length of his devotion to the Crown. Although the ceremonial was muted by the demands of the pandemic, that is how he would have wanted it anyway.

Even his wayward sense of humor (interpreted by the media as “gaffes”) came to be accepted as a harmless quirk in the complex character of a man who had done the state great service.

Indeed, his candor, which sometimes may have gone too far, complemented perfectly the deference under which the Queen too often had to disguise her true feelings. As Simon Schama said, without that complementarity, rooted in authentic love, the monarchy might not have survived

I came across Prince Philip a number of times over the years, mainly through our common interest in sport. It started when my newspaper, The Observer, ran a competition to raise money for an organization called the British Sports Trust. The money raised was so large that the newspaper became closely involved with the progress of the Trust, which ran training programs to give young people – often people with no other qualifications – a simple qualification in sports leadership.

The sports leadership program has expanded massively around the country and trained many thousands of young leaders. I was invited to become a vice-president of the Trust and sat at board meetings chaired by Prince Philip, sometimes held over lunch at The Observer’s offices.

Later, when I left the paper and wrote a sports column in the Daily Telegraph, I often wrote on topics of special interest to Prince Philip, such as the Sports Council, of which I heavily critical, and the loss of school playing fields. He used to compliment me on these articles and send letters and notes round to my house, with ideas for columns or a useful piece of news, by despatch rider from Buckingham Palace.

He was pleased, I think, that I knew of the vital role he had played in British Sport when the Sports Councils were set up in the 1970s to fund public money to governing bodies in dividual sports. The government’s idea was these bodies should be incorporated into the Sports Council and thereby become, effectively, departments of the state. As President of the Council for Sport and Recreation (the CCPR, the umbrella for all governing bodies) he called an historic meeting and asked them if they really wanted to be treated like sports bodies in East Germany and the USSR.

They voted to keep their independence
When I was on the MCC Committee, we had a visit during a Test match from the Duke, who was a long-time member. He asked what was new. The acting President, Hubert Doggart, who was standing in for the sick Colin Cowdrey, responded: “Have you see our new Mound Stand, sir?” To which the Duke replied, with some asperity: “Seen it? Only bloody opened it, didn’t I? “

I met the Prince again when he visited the London Press Club, of which I was President, with the Queen to see an exhibition, 60 Years of Royal Front Pages, to mark their 60th wedding anniversary. He was wearing the Press Club tie which had been given to him, along with honorary membership of the club, in 1953.

I was once invited to hear Prince Philip speak at an elite club whose activities were never reported and therefore attracted speakers of an usually high caliber, presumably because they felt safe from the dreaded media. I have made some remarks about the dangers of uncontrolled immigration that struck me as uncontentious, but would doubtless be regarded these days as politically incorrect and provoke screaming headlines in the papers.

This memory prompts me to use his own words to describe the life he lived: “That was all right. Nothing wrong with that. “

Her death at 90 has brought strong tributes to the career of Shirley williams as a politician, even though she never achieved what many people had predicted: that she would become the first British woman Prime Minister. I always though she was always too disorganized for that job -her own excuse, apparently, is that her unmanageable hair made it impossible for anyone to take her seriously in the top role (though it has to be said Boris has managed it).

It seems incredible all these years later that she very nearly beat Elizabeth Taylor to the juvenile role in a horsy film, National Velvet.

My quarrel with her is her part in the destruction of grammar schools. I went to one myself in Coventry and it provided the route to Cambridge University hat helped me to achieve any success I have had in life.

I said this once on the BBC’s Any Questions program and was put down firmly by Jimmy Reid, a left-wing Scottish trade union leader, who replied: “What Mr Trelford is saying is this: let us liberate the working classes, one by one, me first!” It was a smart reply, but it missed the point.

I was surprised (and rather cheered) to learn that there are still 163 grammar schools in England, even though the Blair government tried to make it illegal to start any new ones.

Pride of the Lions

CHOICE of captain for the British and Irish Lions squad to tour South Africa in the summer seems to be coming down to two: Owen Farrell and Alan Pryce-Jones.

I think it may be the Welshman, since chief coach Warren Gatland prefers a forward as leader and the veteran (now 35) has had a hugely successful season in leading a pretty ordinary Welsh team to the Six Nations championship. If Farrell gets the nod, I doubt if he will have many England colleagues to follow his lead.

"We already rescued your daughter"

The hit of Barça rearms Atlético for the final against Elche

New Zealand resumes travel without a stone with Australia