Muurame | Muurame’s term of office ends stormily: Allegations of harassment and procurements in violation of the Procurement Act 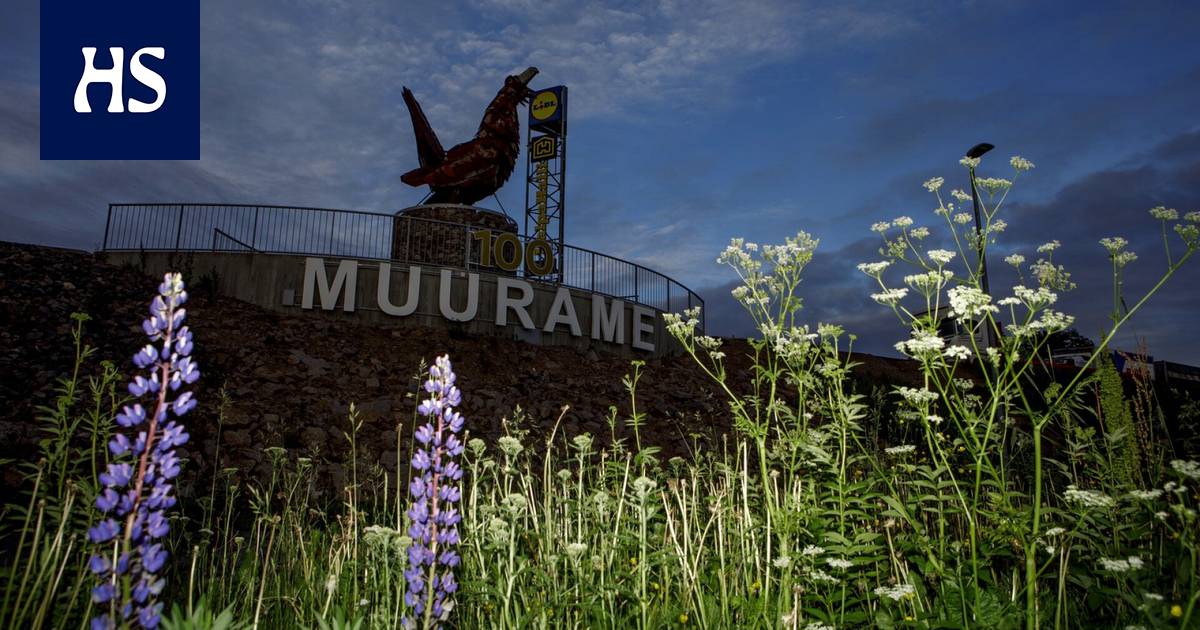 In Muurame, which has been dubbed the “Beauty of Central Finland”, the municipality’s use of money and decision-making have recently been delayed due to ambiguities.

MIDDLE FINLAND In the municipality of Muurame, the term of office ends.

The Finnish Competition and Consumer Authority (KKV) is currently investigating whether the soil purchases made by the municipality last year are in breach of the Procurement Act.

At its previous meeting, the Municipal Audit Committee stated that the discharge of the civil service and the municipal government for the last financial year will only be considered once the KKV report has been completed.

The current council will address the issue at its last meeting on Tuesday 22 June. The meeting will be preceded by a council seminar, where the delegates, members of the municipal government and the management of officials will discuss the topic informally.

In the background is the ongoing controversy over the use of municipal money. The parties to the dispute are the municipal audit board and auditor, as well as the municipal government and part of the civil service management.

It has been reported in the past at least Yle.

SITUATION escalated after the summer of 2019, when the municipal auditor changed. Started as a new auditor Jukka Vuorio Talvea from Public Administration Services Ltd.

At the meeting of the Muurame Audit Board held in September 2019, Vuorio raised concerns that the council had not set binding operational targets, which the municipal government would be responsible for achieving.

Similar goals were also lacking in almost all industries and boards of the municipality of Muurame. Of the municipality’s operating expenses in 2019, about 58 million euros, such basically orphan money was the lion’s share, about 90 percent.

According to the Municipal Act, this does not work: everything in the municipality must have a goal, and the same body that sets the goal also gives money to achieve it. The most general goals are set and the biggest money is distributed by the council. Correspondingly, industries, boards and individual officials set their own goals and distribute money for different purposes.

Some of the targets are binding. Deviating from them and exceeding the budget requires the permission of the goal setter and at the same time the grantor of money: for example, in a severe snow winter, the goal, clean streets, requires overtime and additional forces. The plowing budget is being exceeded and permission must be sought.

In municipalities, goals and money always go hand in hand and also back and forth. At the top is the council, at the bottom are the individual incumbents. In Muurame, according to auditor Vuorio, the chain was badly broken in 2019: the municipal government and the welfare and services sector had received more than 50 million euros from the council without binding targets for what the money should achieve. The council had distributed the money blindly and, contrary to the municipal law, had let go of the power to control the realization of operational goals.

The auditor was asked for advice on how to remedy the situation. After this, the parties’ views on the events differ.

The then administrative director Sami Niemen and CFO Jukka Kaistinen According to the auditor, Vuorio did not give instructions to rectify the situation.

According to Talvea, the auditor has duly instructed the board to decide on binding operational targets.

IN SPRING 2020 auditor Vuorio recommended that the Supervisory Board not approve the 2019 financial statements. He would not have granted discharge to the municipal government or the mayor To Ari Ranta-aho.

The Audit Board drew attention to the same issue already in the 2018 evaluation report.

However, in June 2020, the council unanimously approved the financial statements and discharged the discharge.

After the vote, Mayor Ranta-aho sent a complaint to Talvea.

According to Ranta-aho, Muurame’s reputation was significantly damaged by the auditor’s reminder. At the same time, he hinted that the auditor should resign.

“To my understanding, in cases where the auditor’s reminder fails, the audit firm draws conclusions and the contract is terminated immediately,” Ranta-aho wrote in his complaint to Talvea.

According to Winter’s response, the situation did not call for action.

The situation looks different in the interim report submitted by the auditor in March: in 2020, more than 866,000 euros of soil was procured in Muurame from two companies in violation of the Procurement Act without a tender.

Tenders had been requested by e-mail, no procurement decision had been made for the procurement, and no contract had been concluded with the companies. The delivery of the soil materials had been agreed by e-mail.

After the incident appeared, the Finnish Competition and Consumer Authority made a request for clarification to the municipality, the newspaper Keskisuomalainen reported.

At the same time, another temporary committee was set up. Its task, in turn, was to evaluate the activities of the Audit Board.

In front of Muurame town hall is the coat of arms of Muurame. Picture: Hanna-Kaisa Hämäläinen

IN MAY the audit report revealed that purchases in breach of the procurement law had been made for a total of 1.37 million euros.

According to the auditor’s report, the municipal government would have seriously disrupted the activities of the audit committee.

In May, another temporary committee also completed its report. No further action was taken on that basis either.

According to the municipal government’s reply, purchases in breach of the Procurement Act were not made for EUR 1.37 million, but the amount contained incorrect information. The purchases included carers’ salary items in the amount of EUR 281,884.

Chairman of the municipal board Mika Ilvesmäki (center) says that soil procurement was not the responsibility of the municipal government but of the Board of Vitality and Sustainable Growth.

“Errors have been addressed as soon as the municipal government has heard about them.”

According to the auditor Vuorio, the spring procurement of 2021 would also have been appealed to the Market Court.

“Errors have been addressed as soon as the municipal government has heard about them.”

Municipal Government the Board of Auditors was not disturbed and the allegation could not be answered because it was not substantiated.

The municipal government proposes to approve the financial statements and grant discharge.

At its previous meeting, the Board of Auditors proposed that the discharge procedure be left on the table until the Board of Directors has access to the KKV report.

Due to the discussion that has taken place, the Board of Auditors will reconsider whether discharge could be granted, as proposed by the auditor, to those persons from whom the auditor has not specifically limited it. The matter was to be discussed on Sunday evening.

At the same time, the Board of Auditors proposes to the Board that a distinction be granted to the current auditor. The decision of the Board refers to the section of the Municipal Act which states as follows:

The current council will decide on the matter at its last meeting on 22 June.

“I wouldn’t be able to do my job if I closed my eyes.”

MUNICIPAL DIRECTOR According to Ranta-aho, things are too good in Muurame when a dispute has arisen about the above.

Ranta-aho tells HS that he thinks there is a driving hunt going on for municipal decision-makers. He says that the National Board of Patents and Registration and the Parliamentary Ombudsman have been asked to clarify the actions of the auditor.

Auditor Vuorio commented that he performed his duties with official responsibility and impartially. He has not encountered similar problems in other municipalities where he has worked as an auditor.

“I wouldn’t be able to do my job if I closed my eyes.”