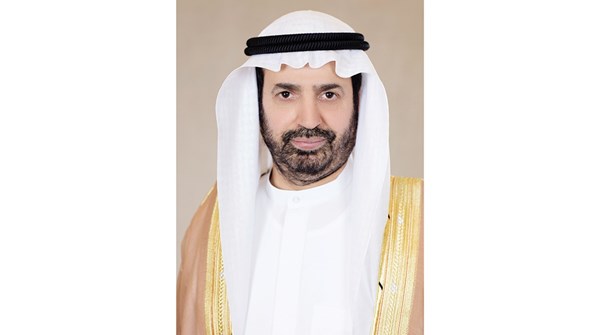 The World Council of Muslim Communities organized a hypothetical conference entitled “Muslims in Southeast Europe… History, Settlement and New Societies”, with the presence of a group of religious leaders, academics, researchers and specialists, on the council’s social networking sites.
In his opening speech to the conference, His Excellency Dr. Ali Rashid Al Nuaimi, President of the World Council of Muslim Communities, said that despite the challenges facing Muslims, they have many opportunities, stressing that Muslims are proud of their history and lessons must be taken from it for the era in which we live. His Excellency added: “Islam is a welcome religion in the world, and no country is empty of Muslims, and 600 million Muslims live outside Islamic countries, including southeastern Europe .. Our religion opens horizons for communication with other components, as it is a religion of love and peace, and it is the one that achieves the added value. For the community ». He explained that Muslims should interact with others, maintain security and independence, and ensure the prosperity and happiness of their societies by working together with all members of society. Muslims face many challenges related to identity, but they are part of a wider community and seek to show the bright side of their true religion. He stressed the need for Muslims to coexist with the new countries, integration, loyalty and loyalty to their countries, and this does not contradict the Islamic religion, calling on Muslims also not to listen to the voices that come from outside their societies, these voices do not know their challenges and impose fatwas on them that do not suit their circumstances.

Societal and nodal diversity
For his part, Sheikh Shaker Fattaho, Head of Scholars and Grand Mufti of the Republic of North Macedonia, said that Islam has provided a lot to the peoples of the Balkans in various ethical, cultural, economic and scientific fields, by promoting the values ​​of tolerance and coexistence between different religions and societies in the Balkans, as well as consolidating societal and belief diversity since 6 Centuries of religious life despite challenges. Fattaho added: “New societies should be an effective model for promoting diversity and interaction in the whole world … and the Corona pandemic highlighted the inevitability of coexistence and peaceful coexistence among all without discrimination, and we seek to consolidate a renewed human thought and civilized awareness and unify noble values ​​and spiritual principles on the paths of enlightenment.”

Curricula for education in the Balkans
The sessions of the virtual conference “Muslims in Southeast Europe … History, Settlement and New Societies” were launched with the presentation of Dr. Masoud Idris, Head of the Department of History and Islamic Civilization at the University of Sharjah, and Dr. Abbas Pankal, Researcher at the World Council of Muslim Communities.
The Macedonian researcher, Dr. Muhammad Ali, a professor at the University of Sharjah, referred to the educational curricula in the Balkans that include several files, including Islamic education, developing democratic values, and promoting religious and Islamic values ​​in society, stressing that the Islamic educational system is a clear system and is considered the best of its kind. Teaching Islamic education in schools, colleges, mosques, etc., and that Islamic education in southeastern Europe is considered a good model for religious education in general in the European continent, where religious education in the Balkans plays an important role in alleviating conflict and promoting peace.
The Greek researcher, Dr. Ali Husaynoglu, a professor at Travia University in Turkey, explained that the history of Islam in Greece dates back more than 600 years, and that it is very important to highlight the efforts of coexistence and tolerance between religions in the country, as relations between Muslims and Christians in Greece are distinguished as existing. On the basis of love, harmony and mutual understanding, stressing that in the Greek islands, church bells harmonize with the sound of the call to prayer and prayers in a beautiful picture that reflects the extent of familiarity and harmony in society, and the integration of Muslims in Greece is very important and does not suffer from problems, as Muslims are part of a wider community, whether They were original Muslims or new Muslims. ”

Tolerance and coexistence
Dr. Miri Ogrenowska, University of Applied Arts in Austria, said that tolerance and peaceful religious coexistence is taken for granted in the Balkans and has an authentic history dating back centuries, as the Islamic historical heritage reflects the strength of Islamic arts and the extent of coexistence and integration in the Balkans, explaining that Islamic architecture is part of the Islamic civilization in The Balkans, which depend on beautiful artistic and creative works, and the Islamic arts or Islamic symbols in architecture mean the interpretation of artistic values ​​in a way that enhances the civilization of the great religion.

Héctor Peña shines in the eyes of Fernando Torres

Borja Iglesias: “I enjoyed football more as a fan than as a player”

UAE: The continuing terrorist attacks of Al Houthi are a blatant challenge