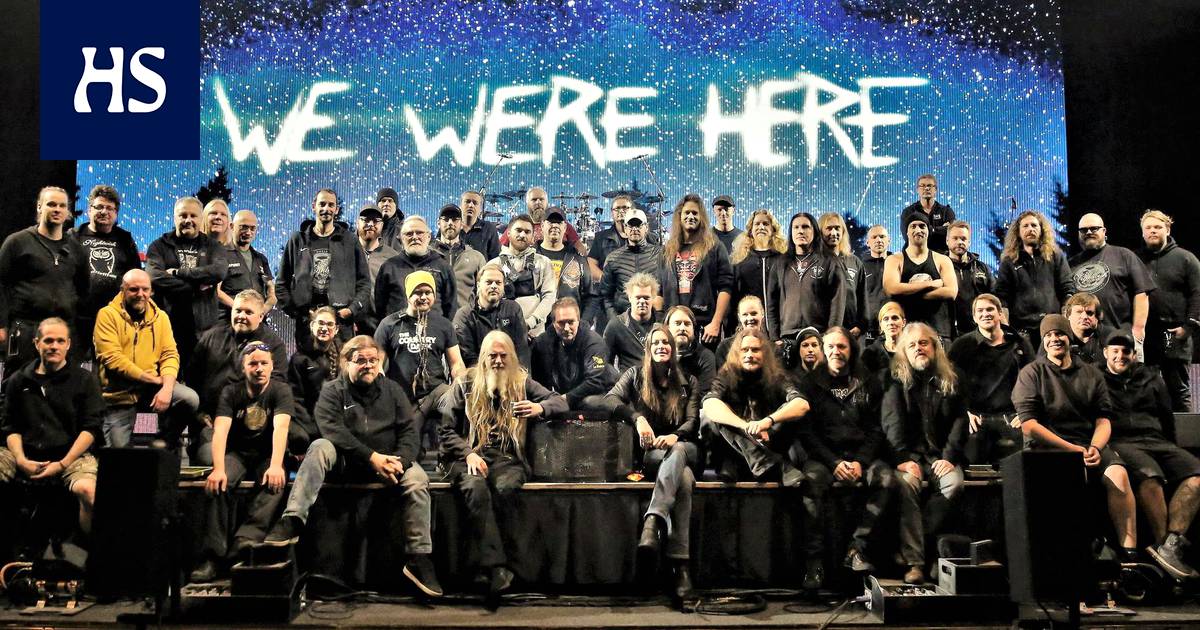 All of Nightwish’s gigs this year were canceled, so the unemployed staff decided to form their own band

Timing could not have been more unlucky.

Finnish metal giant Nightwish released their new album in the spring Human Nature, after which the band was to go on a world tour for more than a year and a half. The first concerts of the tour had been arranged for China.

Needless to say, the birthplaces of the corona epidemic were never set in motion. Nightwish hasn’t played a single gig this year, as the agreed dates have moved one by one into an uncertain future. The road will be reached in the spring of 2021 at the earliest, if at all.

Particularly severe cancellations struck the tour staff. The calendar pages suddenly yawned completely empty when all the work and at the same time the income was canceled.

Something had to be invented to replace it. That’s where Crewish, Nightwish’s tour staff, or Crew’s own band, originated.

Nightwish rewarded its employees at the end of their tour in Japan in 2016. Pictured are Kimmo Ahola (bottom row, second from right) and Antti Toiviainen (top row, first from right) who conceived of the Crewish band.­Picture: Timo Isoaho

In May The voice of Nightwish Kimmo Ahola called a guitar technician Antti Toiviainen and drum technician Jarkko Piiparin to his home in Kauhava. In their work, technicians maintain, tune and set up the instruments, take care of their sounds, do everything that the caller has to focus on just playing.

At the end of the day, the troupe cooled a lot of emotions as the thought struck.

“Kimmo muttered the same way I did away from the lot, grabbed the phone in my hand and called To Tuomas Holopainen and manager Ewo to the North”, Antti Toiviainen recalls. “They were just excited right away.”

“It often happens that all kinds of ideas come up, but in the end they are forgotten and not done,” Kimmo Ahola continues. “This was the kind of idea that needed to be taken forward immediately. Then Thomas immediately said that now it is so special to do it! ”

Holopainen, the musical director of Nightwish, gave his consent to the use of his compositions, and Pohjola promised to take care of the publisher for the record. There was no possibility of retreat. Nightwish staff were committed to making a record on which they would version their employer’s songs.

Domestic on the music scene, Nightwish is in its own series, as no other band does tours as long, in such large halls and as widely around the world. Six trucks, four buses and around 50 tour staff usually leave on the road.

For its employees, Nightwish has been a stable and reliable source of income, as tour plans have been drawn up for years to come. The gig days are packed so tightly that you don’t even have time to think about other work opportunities during the tours.

No one was anticipating that full-year work would be canceled because of the corona.

“Yes, it was quite a stop,” Ahola says. “In the spring, I still didn’t even realize how big this thing is and how long it’s going to last. At first, the idea was that this would only take a few months and we would go somewhere in the summer, but there was nothing left of the tour. ”

“It became a big notch in everyone’s income. The tour had been scheduled for the next year and a half, and that’s when the calendar is empty of all other things. If the tour is canceled or moved, you can usually go with another band, but now there was no chance either. The whole business came to a standstill and the crew freed up everywhere. ”

Gig workers are accustomed to uncertainty because after each tour one has to look for the next employer, but no one had experienced this before.

The situation was also aggravated by the fact that the event workers did not have an umbrella organization to pursue their cause. The industry did not get its order until the beginning of June, when the new organization Tapahtumateollisuus ry took over.

“That should have been established thirty years ago!” Ahola blushes. “The downside to the industry has been that no one has taken care of the employees. Everyone has worked and drilled alone. Now we were stuck a bit like pants in the stumps caught up in this job because there was no umbrella organization. Had it had longer roots, perhaps it would have been better to help those involved in the sector. ”

With the cancellation of the tour, Nightwish’s tour staff members have had to scratch their livelihoods in their own way. Ahola, who runs her own company, has tried to collect studio and teaching work, in addition to which she received a business grant of 550 euros for a couple of months. Most others have had to resort to unemployment benefits and compete for scarce job opportunities.

“I’ve never done anything other than musa in my life, and in all these 40 years, I’ve never been this much at home,” Ahola says. “It’s not a bad situation either, but of course you should get money from somewhere.”

Empty the calendar was filled during the summer in Kimmo Ahola’s own studio.

A total of twelve Nightwish employees participated in the recordings of Crewish’s album, and the finished product Unemployed Blacksmiths was received on store shelves in early fall. The five-track mini-lp is only available as a physical disk, as the sale is expected to provide financial assistance to unemployed gig workers.

Other support projects have already been seen. Another international success band, Sunrise Avenue, has donated revenue from shirt sales to its staff.

Nightwish’s best-known hits were selected for Crewish’s album, but the interpretations are far from usual: for example Sleeping Sun. is a Rammstein-style industrial metal, Wish I Had an Angel straight mites and Amaranth a reggae comp is playing at the bottom.

“Right from the start, it was decided that the songs wouldn’t be done in the original style, but there should be some insight into the versions,” Ahola defines. “But no humor harp record was made or a joke twisted. The record was made seriously but not seriously. ”

“We were searching for completely different versions on purpose,” Toiviainen adds. “We don’t really have any violinists or symphony orchestra chores, so it would have been pointless to leave to do one-on-one versions of the songs. The intention was for everything to be done by yourself: playing, singing, recording and mixing. ”

Some Nightwish fans have been horrified by remakes of their favorite songs, but mostly “the feedback has been positive”. Tuomas Holopainen’s reaction was most exciting in advance.

“Thomas just said that the more he smiles, the more he listens to the record,” Ahola laughs. “It’s been very taken and wondered how we’ve come up with songs like that in versions. Surely they have come as surprises, because the versions are on the other side. ”

If the corona epidemic just permits, Nightwish will be able to launch its tour finally next year. But what are Crewish’s plans for the future: will the tour staff also be seen on stage at some point?

“Basically you should never say no, but yes it is very unlikely,” Ahola points out. “The bar was kept high in the production of the record and the same should happen at the gig. However, we are the technical group of Finland’s number one band, so it should be on top of the last one. ”

“If someone is so crazy that they put a large enough amount on the counter, then it is necessary for the group to start training,” Toiviainen promises cautiously. 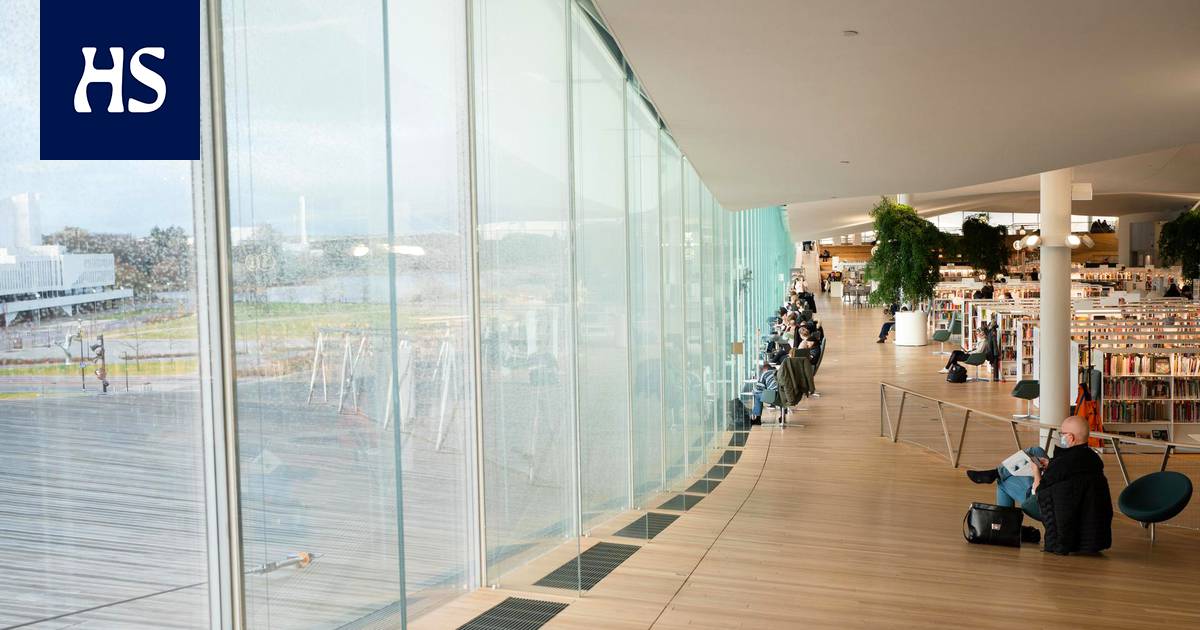 Restrictions How do tighter restrictions affect the daily lives of Helsinki residents? HS asked the townspeople for their thoughts on the matter in Oodi and the Mäkelänrinne swimming pool 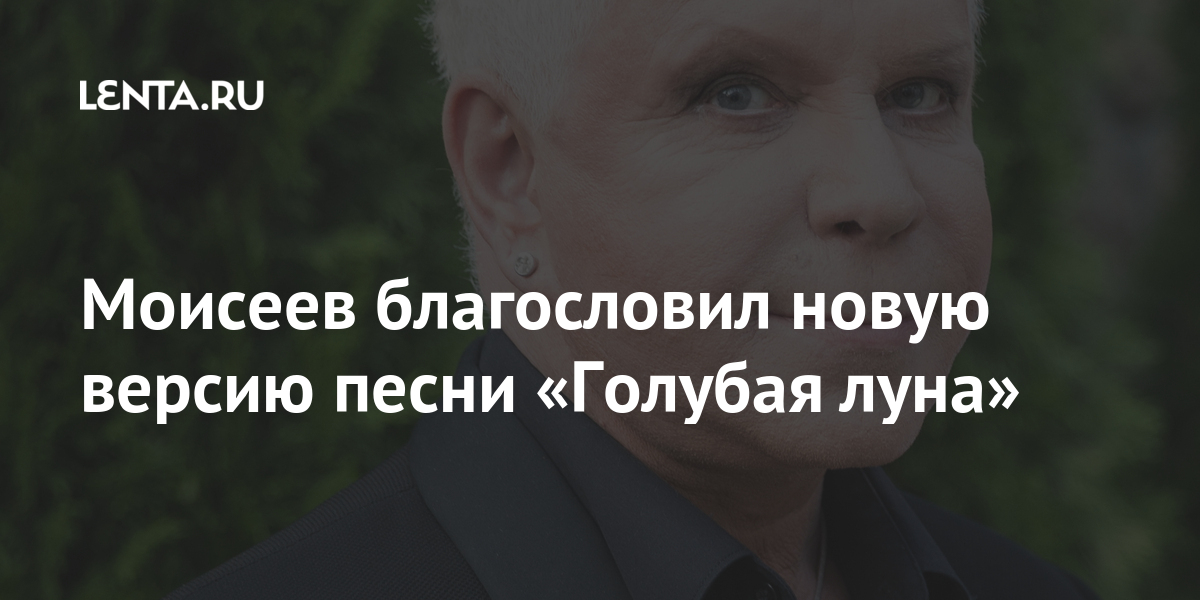 Airlines The Norwegian airline seeks protection from creditors, but continues to fly