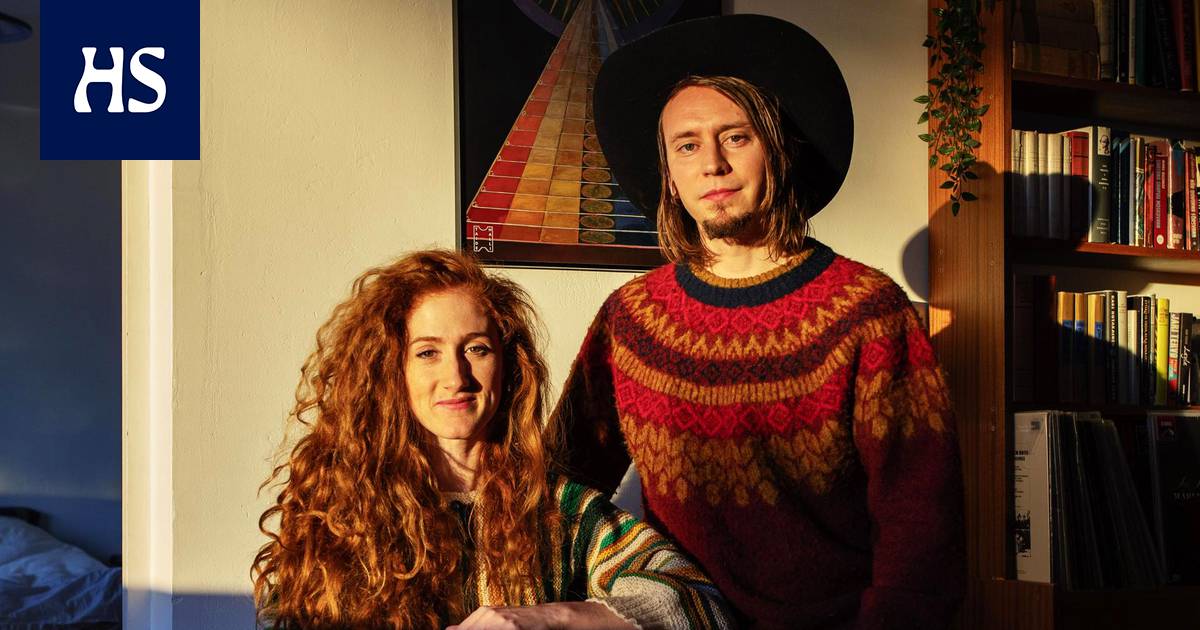 Recorded in eight countries and composed of tens of hours, the Hachi album sounds luxurious during the Korona era.

Living room the window shows the Japanese – influenced garden of Roihuvuori in Helsinki, covered with snow and frozen by frost – as a symbol of the last twelve months of musicians looking at the landscape.

In Finland, their main occupation, their performance, has practically been on ice since March, and they have only been able to dream of other countries.

“Too bad this pulls. There is still no certainty as to when we will be able to practice our profession again, ”say the founders of the Elifantree trio. Anni Elif Egecioglu and Pauli Lyytinen in unison.

Still, they have decided to release their band’s sixth and by far the most ambitious album, the postponed twice due to the pandemic. Hachin.

Besides the prolonged and indefinite exception period further emphasizes that applied to the two plates Hachin outright luxury, as it has been recorded in eight countries with eight different drummers and percussionists.

And with real purpose, quite accurately implementing the work plan. Hachi is not a late-born travel diary.

Compiled from eighteen songs Hachi may also be the actual magnum opus of Elifantree, which is fifteen years old and still difficult to define.

Or at least for the first time, it sums up in one cover almost all the musical styles and manners cultivated by the band, from the sung singing art pop to the lingering ambient jazz as well as the composed to improvised and acoustic electronic. Among other things.

Thought the compilation and collage-like album was still a half-coincidence.

It was only when the band’s first drummer, saxophonist and composer Pauli Lyytinen’s childhood friend Tatu Rönkkö moved to Berlin five years ago.

“We had worked as a trio for so long and so closely that all the options were open: whether we would continue, continue touring with the two visitors, or look for a new drummer,” says Egecioglu – Elifantree singer, keyboardist and cellist, and lyricist and co-composer.

The first recordings of Elifantree’s Hachi album were made in the summer of 2018 in Savo, at the parents’ cottage of saxophonist Pauli Lyytinen. With Lytinen, the audio material was collected by Elifantree’s drummer Olavi Louhivuori.­Picture: Anni Elif Egecioglu

New drummer, playing in Ilmiliek and Oddarrang, among others Olavi Louhivuori was eventually quickly found in close circle, but Egecioglu and Lyytinen received a positive response to their application at the same time. The Machine Foundation decided to support their project.

“We’ve tried to dig into each record with something new about ourselves, though Hachilla the starting point would be different: how every new drummer, new situation and new space would dig for us, affect our music, ”says Lyytinen.

Hachilta finds that the premise did not remain at the level of hope for even the most difficult component, space.

Danish Lisbeth Diers is one of the seven foreign percussionists on the Hachi album. His contribution was recorded at the handsome KoncertKirken in Copenhagen.­Picture: Anni Elif Egecioglu

Its essential effect is heard especially in the different pairs of songs that have been recorded Lisbeth Diersin with Copenhagen and Terje Isungsetin with Oslo.

In the former the playing space was the hundred-year-old red-brick former church of KoncertKirken and in the latter the red-brick, church-like Tomba Emmanuelle. It is a painter Emanuel Vigelandin a windowless museum museum built by itself with an echo of about fourteen seconds.

The most special playing space on the Hachi album is the mausoleum built by the painter Emanuel Vigeland in Oslo for himself. The record’s recorder Joonas Saikkonen picks up percussion instruments from Norwegian Terje Isungset.­Picture: Pauli Lyytinen

“We were able to record so much music in Tomba Emmanuel in a single day that it would have filled the second record lightly,” sighs Egecioglu.

And as the second foreign stop on the trip, Oslo was just the prelude, as they stayed at most destinations for at least five days, first getting a close look at both the facilities and the drummers.

“We had composed new songs for the trip, but we soon realized the infinity of the design. A strict definition would kill what we were looking for: throwing ourselves into the moment, the creative situation, ”says Lyytinen.

“After all, we had specifically involved walkers who were strong improvisers.”

Diersin and in addition to the Isungset, at least a Swedish of these personalities should be mentioned here Andreas Werliin and Japanese Ryosuke Kiyasu. He’s that ferocious performative musician who usually alone plays just a snare drum, a little drum. And so too Hachilla.

In Sweden, Anni Elif Egecioglu sang her own part of the song Gold Dust in the wardrobe of drummer Andreas Werlin’s wife, who had just the right acoustics.­Picture: Pauli Lyytinen

Egecioglu and Lyytinen and a recorder Joonas Saikkonen did Hachia for the end of 2018, four long journeys: one in their own fully loaded car to the Nordic countries and the other via Germany to Switzerland and France. As well as separate trips to England and Japan.

From four on the way, usable material eventually accumulated for tens of hours, and the biggest work was just ahead: what to take, what to leave. And most of all: how to work acoustically and musically from different songs into a meaningful, repetitive listener.

“It was definitely the most challenging stage, but the duration of the album could not be increased from a good hour to any more,” says Lyytinen. And I don’t think they would have bitten too much.

Although not it Hachin there is no reason to doubt. On the contrary, now it leaves you hungry for more.

Held hypothetically, under the auspices of Mansour bin Zayed … the outputs of the “raining forum”, a knowledge base for water sustainability