Music Abba makes a comeback: the band will release their first new album in 40 years, next year a hologram concert is expected 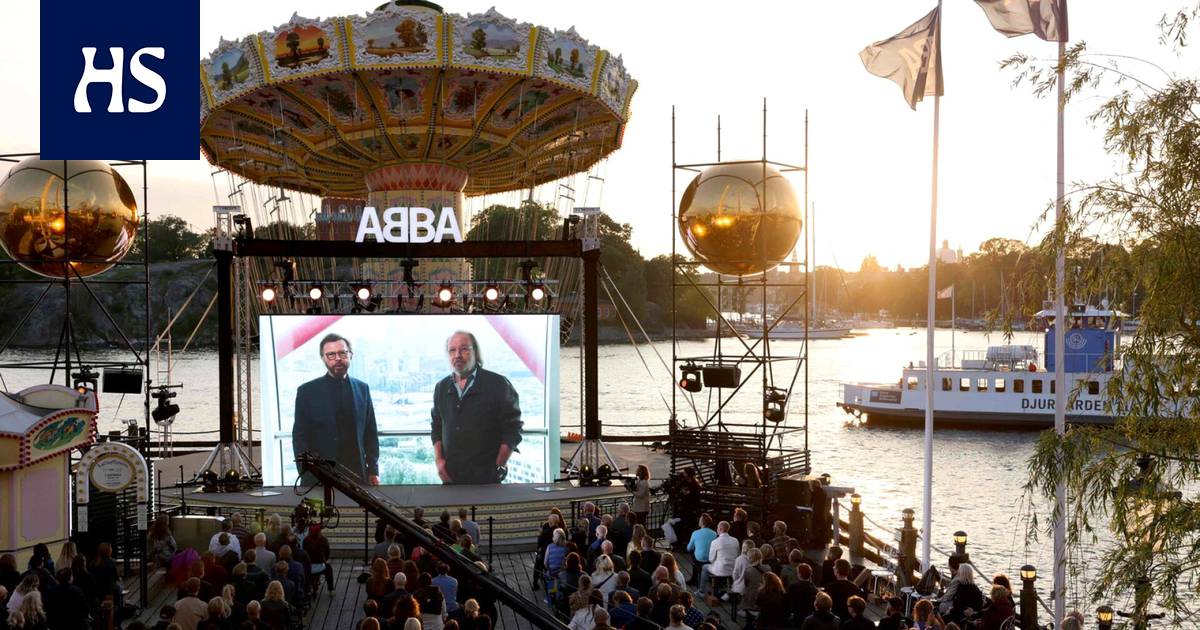 Abba’s previous studio album, The Visitors, was released in 1981.

In return, the band has released two new songs I Still Have Faith In You and Don’t Shut Me Down. More new music is promised later this year: November 5th will be released Voyagea whole new album called. The album was recorded at Andersson’s studio in Stockholm.

Voyage is the first new studio album from Abba in 40 years. Previous studio album The Visitors was released in 1981. The following year, the band announced they would take a break and have never made a decent return since.

Abba is arguably one of the most successful bands in the world. It has sold an estimated 400 million records. The band, which was active from 1972 to 1982, was a big name of its time, but its popularity has continued to grow since the end of its active career.

In the 1990s, the band released a compilation album Abba Gold, which became a huge success. In the UK, it is the second best-selling album of all time with over 5.5 million songs. In the new millennium, the popularity of the band’s songs has been further enhanced by the 1999 premiere. Mamma Mia! -successful musical and films based on it.

Abban the return is one of the most significant comebacks in popular music that the band’s fans have been hoping for for a long time.

In addition to the new songs released on Thursday and the new album to be released in November, there will also be a return concert to be held in London on May 27, 2022.

The concert will take place in a space called the Abba Arena in London’s Olympic Park, built for this purpose. The space can accommodate 3,000 people.

There is no traditional concert in which the members of the band would be seen physically on stage as their own, but the show will be performed as a so-called hologram concert, as has already been predicted in public. A performance called Abba Voyage is referred to in the press release as a “digital live concert”.

In practice, this means that some kind of hologram versions of Abba members are seen on stage: the so-called “Abbattaret,” i.e., Abba members as younger versions of themselves. The project has been built for a long time, and the 850 members of the band have been modeling the movement tracks and performance and walking styles of the band members.

In addition to the digitally performing Abba characters, a 10-member live band will be heard on stage.

The digitally produced “Abbattaret” are younger versions of the band themselves. Picture: Industrial Light & Magic

There have been rumors for years about the return of Abba, new songs and a planned hologram concert. In 2018, the band announced that they would make new music in connection with the hologram tour.

Since then, the return has been delayed, but last spring Björn Ulvaeus finally made a promising statement. Ulvaeus told The Herald Sun in Australia that the band will be “guaranteed to release” music at some point in 2021.

Return in a press release issued in connection with this, all four Abba members say they are extremely excited about the return. In the press release, they say the biggest reason for the return was to be able to host the “weirdest and most spectacular concert imaginable”. The band members say they expect to be able to sit in the back of the arena in London and watch their “digital versions” perform their songs on stage.

In addition to the concert, the quartet is also very excited that they have been able to work together in the studio and make new songs.

“It’s hard to say what has been most enjoyable for me in this project. Has it been that I’ve gotten to create a concert together with everyone, or has it been that we’ve gotten into the studio together after a 40-year hiatus? I think it’s hard to beat hearing Frida and Agnetha singing, ”Andersson says in a statement.

“When we got back together in the studio, I had no idea what to expect. But Benny’s studio has been such a nice and safe environment, and before I even realized it, I really enjoyed the situation a lot! It’s hard to believe that the time has finally come to share this with the whole world, ”says Fältskog.