Municipalities: Now life in Germany is getting more expensive – WELT 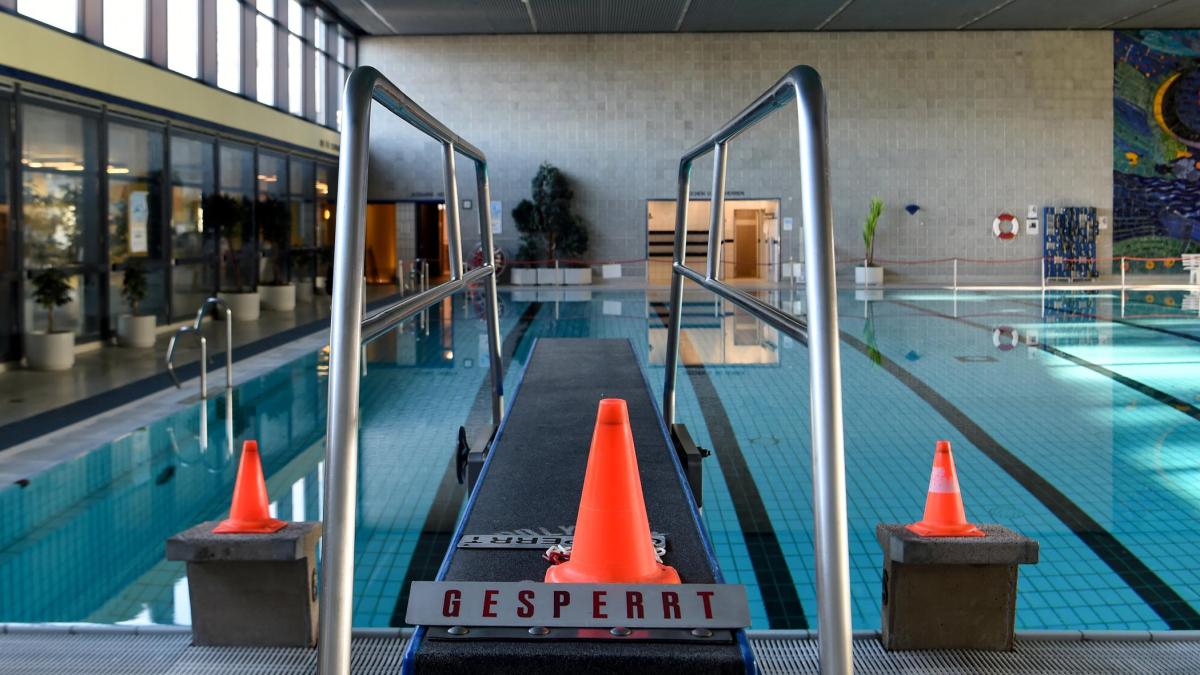 Jede third municipality in Germany is planning to increase fees for water supply, street cleaning and garbage disposal. Higher parking fees and a higher property tax are also being discussed in many places. In addition, consideration is being given to reducing the benefits: At the top of the list: closing swimming pools or at least restricting bathing operations. After all, 17 percent of the communities are thinking about it.

Overall, almost two thirds of the municipalities surveyed have plans to increase taxes and fees or have already increased them in the past few months. In short: life in Germany is becoming more expensive. Almost a quarter of the cities and municipalities surveyed want to reduce benefits for citizens at the same time. These are all results of a survey by the consulting company EY among 300 municipalities with at least 20,000 inhabitants.

From the point of view of the interest groups of the municipalities, the matter is clear in view of the unpredictable end of the Corona restrictions: “The financial consequences for the cities of Corona are becoming more and more dramatic,” says Helmut Dedy, General Manager of the German Association of Cities. It is true that the municipal budgets got through 2020 almost unscathed thanks to the help of the federal and state governments. However, many cities will have to contend with significant funding gaps this year and next. “A lack of income has an immediate impact on the cities’ planned investments,” says Dedy. It’s about schools, daycare centers and transport projects.

The reaction of the German Association of Towns and Municipalities to the survey results is similar. There one excludes nationwide tax increases by the municipalities, that is not to be expected, says chief executive Gerd Landsberg. But only on one condition: “Provided that the federal and state governments continue to keep local finances stable during the Corona crisis,” he says.

From Landsberg’s point of view, this means that it will not work “without another rescue package for the municipal finances at least for the years 2021 and 2022”. Dedy from the German Association of Cities is also calling for “a clear signal from the federal and state governments that they will also help us in 2021 and 2022 and compensate for the trade tax losses”. That was finally a success in 2020.

You don’t want to know about those who would have to make this money loose. We are talking about the budget politicians of the government groups. It refers to the constitutional task of the federal states to ensure that their municipalities are adequately financed. “I firmly assume that the federal states will have significantly more tax revenue this year than the federal government,” says Eckhardt Rehberg, budget spokesman for the CDU / CSU parliamentary group. Accordingly, it is their job to fill gaps in the municipalities.

With the SPD, the municipalities cannot hope for more understanding. “From my point of view, this is not about further short-term relief from trade tax. It is clear that the federal states have a duty here, ”says Dennis Rohde, top budget politician in the party of Finance Minister and Chancellor candidate Olaf Scholz. Though Rohde, unlike Rehberg, considers another topic worth discussing in this context: “In the medium term, we have to get to zero hour with old debts and thus enable municipalities to be able to make investments again at all,” he says. In the previous year, Scholz had tried to get the federal government to take some of the debts from particularly tight municipalities. But he failed because of the coalition partner.

Now the topic is to play a role again in the approaching federal election campaign. Budget politician Rohde already points out that the new CDU chairman and possible candidate for chancellor of the Union has a special duty at this point. As Prime Minister, Armin Laschet has so far left his municipalities in the lurch on the issue. Now he must assert himself as party leader against his parliamentary group on the old debt issue. In North Rhine-Westphalia, Rhineland-Palatinate and Saarland, a particularly large number of municipalities are heavily indebted. By contrast, the per capita debt is particularly low in Saxony, Brandenburg and Baden-Württemberg.

The results of the EY survey also show how unequal the financial situation of the municipalities in Germany is. 50 percent of the municipalities surveyed assume that their liabilities will increase in this and the next two years. 32 percent do not expect any change in the debt level, 18 percent even expect a decline. But just 20 percent fear that they will not be able to pay off their debts on their own.

“The pandemic has thrown the municipalities back by years in their efforts to recover financially,” says Bernhard Lorentz, who heads the Government & Public Sector at EY. It is hardly surprising that almost two thirds of the municipalities plan to increase taxes and fees. Because, from his point of view, saving is no longer a solution for many. “Many clammy municipalities have reduced their voluntary services so much that there is hardly any potential for savings at this point,” says Lorentz. A swimming pool or library can only be closed once.

He also sees the federal and state governments not in a position to permanently plug municipal financial holes. “But there are some indications that the municipalities will still be dependent on further financial support at least 2021,” says Lorentz. For the year 2021, only 32 percent of the German municipalities expect trade tax revenues at the level of the pre-crisis year 2019.

The majority assumes that revenues will continue to decline, 22 percent of the treasurers even expect that business tax revenues will be at least ten percent lower than in 2019. Even if the hoped-for upswing should come from the middle of the year, that will in all probability not be enough to compensate for the difficult first half of the year.

At the Deutscher Landkreistag, the third association that operates at the municipal level, Corona is seen as a “great financial challenge”, as Managing Director Hans-Günter Henneke says. There is a risk of a funding gap of a good ten billion euros if no further support comes. He expressly sees the countries responsible for this. “If the federal government should participate again, we will not prevent it,” says Henneke.

But he does not want to demand this. In his view, the old debt issue has “absolutely nothing to do with the federal government, Corona and the consequences.” Therefore, it should not be associated with it. “The affected countries have to solve this problem on their own,” says Henneke.

One thing is already certain: The blunder game about who is responsible for the financial situation of the municipalities, and thus indirectly also for rising taxes and lower benefits, will continue in the election year 2021.

‘They seek to do harm’: Sergio Massa’s mother-in-law denied having received the coronavirus vaccine ‘from the left’