Municipal policy A special appeal to the court about the formula already approved by Tapiola: the appellant is a politician leading urban planning 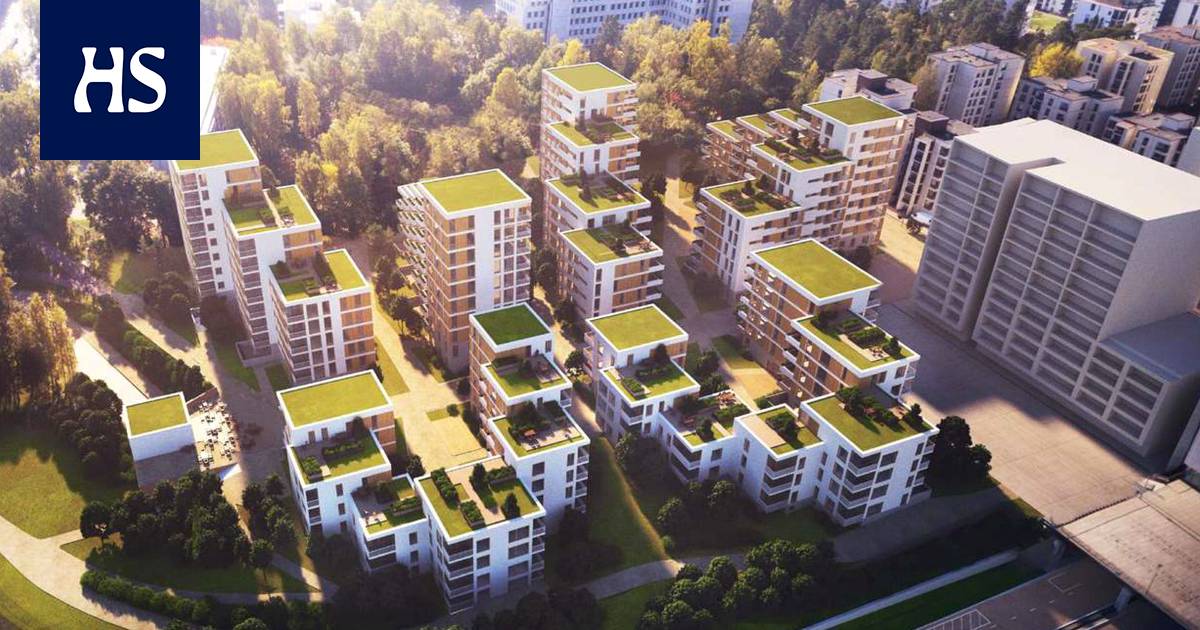 The Coalition Party’s Jouni J. Särkijärvi considers Tapiola’s Satakielenrinne plan to be against the spirit of the area.

Known Espoo politician and chairman of the Espoo City Planning Board Jouni J. Särkijärvi has taken the city of Espoo to court.

Särkijärvi lodged an appeal with the Helsinki Administrative Court against the recent town plan of Tapiola’s Satakielenrinne.

The complaint concerns the new residential area Satakielenrinte, which is planned for a visible and open place in Tapiola. The area is located near the metro station, south of Tapiola’s city center.

What makes the situation special is that the town plan for Tapiola’s Satakielenrinne was approved by the Espoo City Council in February, and before that the plan had also been discussed by a board chaired by Särkijärvi.

At all stages of the decision, Särkijärvi opposed the formula and presented his own views on the problems of the formula to the officials.

The National Board of Antiquities has defined Tapiola as a nationally significant built environment. According to Särkijärvi, this means that the new buildings in the area must be designed in such a way that they are in line with Tapiola’s old building stock and implement Tapiola’s spirit. New buildings should therefore not differ significantly from the rest of the building stock. This, with its numerous detailed observations, is the basis of Särkijärvi’s complaint.

There are sheltered courtyards in the middle of Satakielenrinne residential buildings.­Picture: Workshop Architects

Särkijärvi according to Satakielenrinne’s plan is “quite nice”, but in the completely wrong place in Tapiola.

According to Särkijärvi, the problems of the new residential area are related to the fact that they do not follow the line that has been in residential construction in the area.

“Yards should be open and related to nature,” he explains to HS. Särkijärvi also finds it problematic that the area would be built partly on a meadow.

“Meadows are typical of Tapiola. If this principle of meadows is violated, then it can be there [Tapiolassa] then build anything on the meadows. ”

The complaint also mentions that there are no modern building solutions in Tapiola’s building stock, which would now possibly be coming to Satakielenrinne residential buildings. Concrete board mold surfaces and large glass surfaces are mentioned as such.

The heights of the residential houses on Satakielenrinne vary.­Picture: Workshop Architects

Särkijärvi does not actually live in Tapiola, but considers the area very significant and important for Espoo.

“That’s the crown jewel of our architecture.”

Särkijärvi is an architect by education and has been the chairman of the Espoo City Planning Board for several years. He has served as Espoo City Councilor since 1973.

Thing is complicated, as Särkijärvi, in his role as chairman of the town planning committee and city council, represents the highest decision-making power of the entire city. The officials make proposals to the Town Planning Board, which, under the leadership of Särkijärvi, decides whether or not to implement the proposals.

In theory, therefore, Särkijärvi appealed against his own decision.

Särkijärvi sees it differently. According to him, the formula decision of Satakielenrinne was not his decision.

“I filed a dissenting opinion to the decision, so it’s not my decision. This [valitus hallinto-oikeudelle] is part of the shop steward’s duties. “

According to Särkijärvi, the city council has been mistaken for making an illegal decision on the Satakielenrinne formula.

“Trust bodies are not supposed to know the law, but an official knows it. I am complaining about the actions of six officials here. ”

Särkijärvi is part of the city council, which is the city’s highest decision-making body and thus also above officials in decision-making. However, according to Särkijärvi, this does not make him the supervisor of the planning officials.

“We are just supervisors as a body, an individual shop steward has no managerial position.”

Urban and complaints from city councilors about city decisions are not very common, but there are some, says the lawyer of the Association of Finnish Municipalities Kai Ketelinmäki.

However, it is somewhat less common for the appellant to be the chairman of the board or a shop steward who otherwise plays a significant role in addition to his or her position on the board.

Ketelinmäki does not remember encountering such cases.

“However, the law does not prevent this from happening. The delegates have the same opportunities to appeal against the decisions as other persons, ”says Ketelinmäki.

“Yes, it usually goes so that the majority decides and pulses away. And the dissenting opinion is precisely because that person is not involved in the decision. Those who voted against are therefore not responsible for the decision. “

Espoo the city council approved the Satakielenrinne formula, accompanied by several praiseworthy speeches. Many city councilors considered the town plan to be a rare success.

Also, for example, the Tapiola Residents’ Association Tapiola Guild Association considered the formula suitable for the area after a few changes.

Sharjah challenges Pakhtakor in "Asian" in search of the seventh point

Attributions: when art and money go hand in hand