Municipal elections Turnout was the biggest loser in the election: “Beginning to be at a crisis level for democracy,” says the researcher 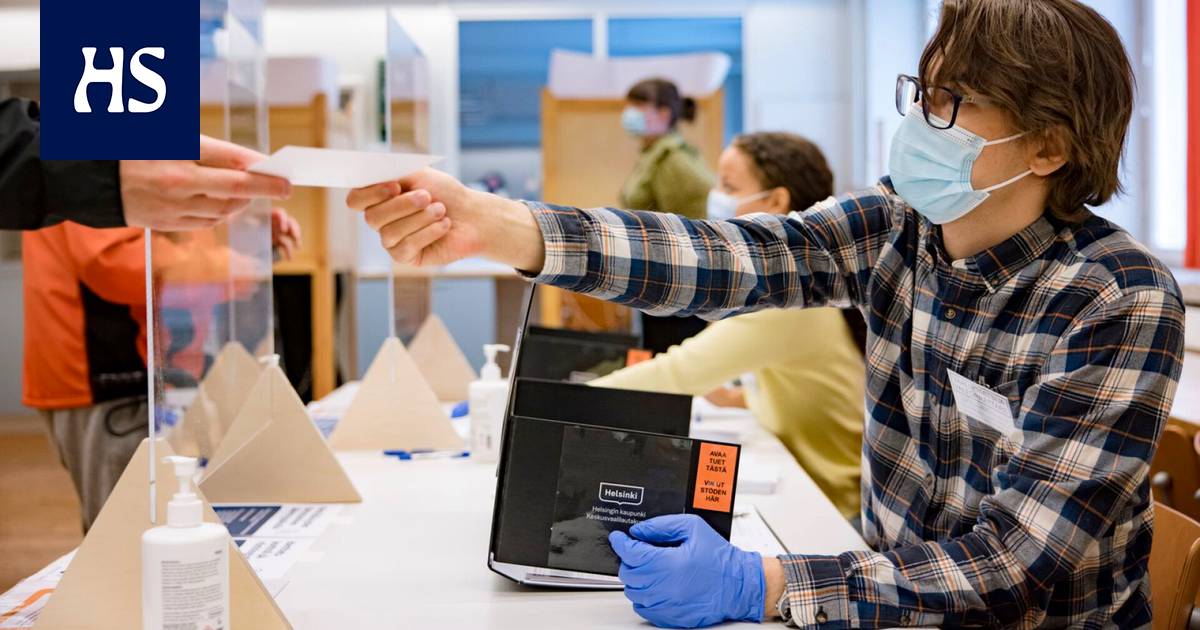 “Such low turnout is already starting to be a problem for the legitimacy of the system,” commented the postdoctoral researcher at the University of Tampere. Johanna Vuorelma figures.

According to Vuorelma, 50% turnout has traditionally been seen as a kind of ghost limit on whether the system has strong enough public confidence.

“Already 45 percent did not vote, which is starting to be at a crisis level for democracy,” Vuorelma says.

Just as dramatic the situation is not seen by a political scientist Mikko Majander, according to which the decline in turnout was due to, among other things, the coronavirus and the timing of the elections in June.

“Sure, I’m very concerned about representative democracy, but the drop in turnout this year wasn’t really a surprise. In the worst case, it could have been even bigger. ”

Weak According to Majander, turnout in the elections was detrimental, especially to the support of the Greens and basic Finns. On the same lines with him is an election researcher Sami Borg From the University of Tampere.

“Chairman of Basic Finns Jussi Halla-aho himself said that the party did not succeed in gaining all its support, ”says Borg.

“Correspondingly low turnout is part of the explanation for the good results of the Coalition Party and the RKP.”

According to Borg, lower turnout has a positive effect on the Coalition Party and the RKP’s result, as their supporters are most likely to vote.

Especially election Sunday turnout was really low in this election. Where on election day in 2017, about 55 per cent of those who voted voted, the corresponding figure was now about 40 per cent. The number of votes cast on election day fell from about 1.41 million to 990,000.

According to Majander, this also supported the result of the Coalition Party and the RKP due to the strong party loyalty of the voters.

“Those who know who to vote for will do it most easily in advance. On election day, there are more people who put a number on the label for a little feeling. ”

Municipal elections turnout will be strongly influenced in the future by the military and provincial reform currently underway.

“A good question is what will happen in the municipal elections in 2025 if a significant amount of power has been taken from the municipalities to the provincial administration in the social reform,” says Johanna Vuorelma.

According to him, it is possible that the reduction of the tasks of municipalities will further reduce the turnout in municipal elections.

“Let’s see if the municipal elections are of interest then.”

Along the same lines is Mikko Majander, who says that possibly the first regional elections next year would be a good time to try new ways to increase turnout. In the longer term, e-voting could also be developed, he said.

However, the easiest way to prevent the loss of voters in the future is probably to hold elections in the usual way in the spring or autumn.

“Sunday in June doesn’t attract people to the urn. In the future, it is not worth holding elections in the summer, if it can be avoided at all, ”says Sami Borg.