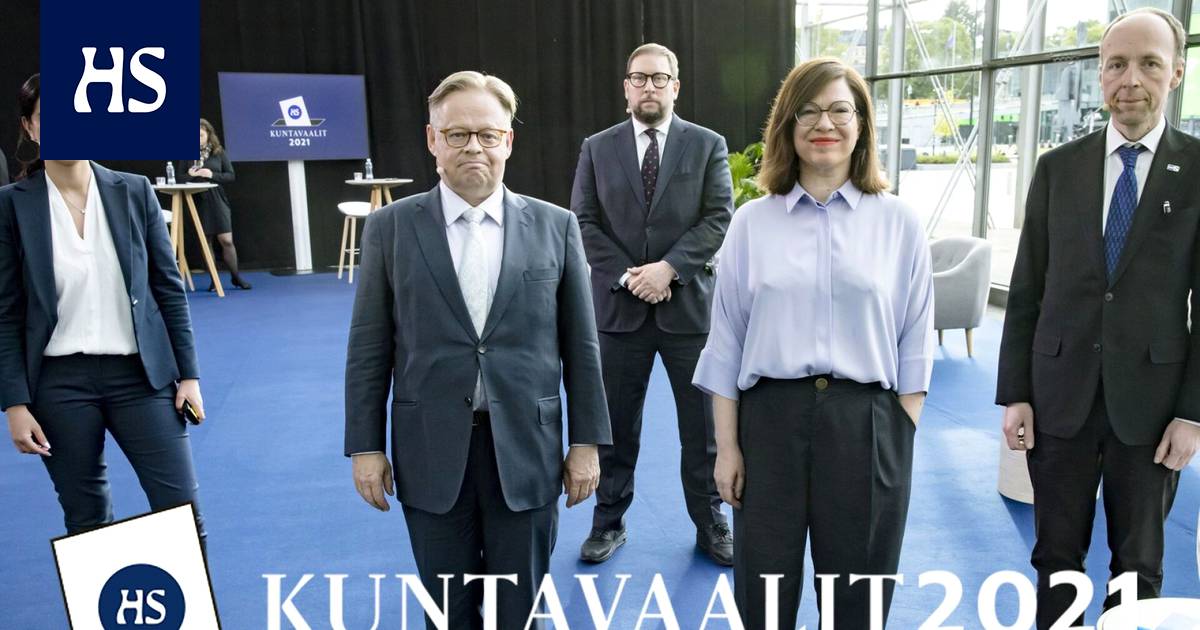 Advance votes are expected to come at 8 p.m.

Municipal elections the last dawn will be held today. Pre-election votes will come at 8 p.m., and election day counting is likely to continue until night.

Helsinki residents will vote on the direction in which the city will be developed over the next four years.

Exciting competition for the mayoral seat is likely to take place between the Greens and the Coalition. However, in addition to the mayoral fight, it is worth keeping a close eye on the vote catches of all parties. In the city council, decisions are made by qualified majority, so the success of the parties affects what kind of alliances are made to resolve important issues in the council.

For example, during the last parliamentary term, the Greens, the SDP and the Left Alliance have found each other on a number of important contentious issues. Under the leadership of the trio, the mayor’s party was overthrown from the Coalition Party’s plans, for example, the intentions for further investigation of the central tunnel and the Lapinlahti hospital area change project.

Here are the three most important election battles of the evening.

Struggle for the position of mayor

The rivalry between the Greens and the Coalition was anticipated tight before the election. In the HS party support poll the coalition led the greens by 1.9 percentage points.

In the last municipal elections, the Greens were 4.2 percentage points behind the Coalition Party but overtook the party in Helsinki in the 2019 parliamentary elections.

At that time, the Greens managed to grab the number one spot from the Conservative Party in many neighborhoods. In the parliamentary elections, the party dominated the eastern core city, ie Kallio, Sörnäinen and Vallila, but also part of Töölö and Meilahti. Outside the city center, the greens are strong in Herttoniemi, Viikki and The Hague, for example.

The Coalition Party’s strong areas are the southern core city, Etu-Töölö, Lauttasaari and Munkkiniemi. In the east, the Coalition Party has ruled, for example, Kulosaari and most of Laajasalo, in the north by areas dominated by detached houses such as Torpparinmäki, Paloheina and Maununneva.

Coalition Party Juhana Vartiainen left the spring as mayoral candidate on the flight as a communications entrepreneur Kirsi Piha resigned. Vartiainen is a Member of Parliament and has, among other things, headed the State Economic Research Center (VATT).

The Greens Anni Sinnemäki personal support before the election seemed greater than Vartia. In the poll of the HS Sinnemäki was considered the best option by 22 per cent of the respondents, and 19 per cent of Vartia. Election night shows how Sinnemäki came to light on Friday suspicion of a criminal offense affect voters.

A member of parliament has been nominated for the Coalition Party’s voice in Helsinki Elina Valto. MPs are also well-known candidates Wille Rydman and Sari Sarkomaa deputy mayor Pia Pakarinen, Chairman of the Board Group Daniel Sazonov and the city councilor Atte Kaleva. Election king of the last election Jan Vapaavuori and in Helsinki received the third most votes Jaana Pelkonen neither are nominated this time.

The SDP, the Basic Finns and the Left Alliance are fighting for third place

The two of you the tip is likely to be settled between the Coalition and the Greens. However, the struggle for the position of the third largest party seems equally tough.

In the HS poll, the SDP received 13.9 per cent support, the Basic Finns 13.1 per cent and the Left Alliance 11.5 per cent. For the Left Alliance, the letter instead of the third is under the stone but not completely ruled out. Basic Finns, on the other hand, breathe Sdp in the neck hot.

The SDP has been Helsinki’s second largest party during the 21st century, but it has lost its position to the Greens during the election period. Now the Basic Finns are also rushing by force.

Even if the differences in support remain small and the parties eventually have almost as many seats in the council, grabbing third place will be of great importance. During the last parliamentary term, the third largest party won the position of deputy mayor, and this is likely to be the case in the next parliamentary term as well.

There where the Greens dominate central Helsinki and the Coalition of the southern value areas and the northern small areas, there is a struggle for third place in the suburbs.

This battle is focused on the east and the north: in the parliamentary elections, the SDP and the Perussuomalainen fought in Mellunkylä, Vuosaari, Malmi and Suutarila, among others. In the previous municipal elections, the Basic Finns did not yet manage to take over any part of the city for themselves, but this is likely to change in these elections.

Candidate for mayor of basic Finns Jussi Halla-aho will probably make a tough personal result: he received more than 30,500 votes in the parliamentary elections, the most in the entire Helsinki constituency.

For the Demars, votes will probably be collected by the mayoral candidate Nasima Razmyarin in addition, much at least MP Eveliina Heinäluoma. Candidate for mayor of the Left Alliance Paavo Arhinmäki on the other hand, he is one of Helsinki’s candidates with the most votes.

Who goes through small parties?

Helsinki the city council will continue to get wet for most of the parliamentary parties next season, but it is likely to include some representatives of small parties.

This season, the council has sat a feminist party Katju Aro, which has worked closely with the Greens, for example. Aro is a long-standing political influencer, and his passage is possible this time as well

An open party delegate is also nominated Petrus Pennanen, which previously represented the Pirate Party. Also involved in this election is the Crystal Party, which is critical of Western medicine.

Business Now is a parliamentary party, but is now participating in municipal elections for the first time. Party City Councilor Joel Harkimo was elected to the council four years ago from the Coalition lists, and he set up his own council group in Mike Now in the middle of the term.

Harkimo’s father, Member of Parliament and businessman Harry Harkimo is the candidate for mayor of Movement Nyt. Harkimo has enjoyed great publicity and popularity for years as a politician as well. This was evident in the poll of HS, where he was considered the best candidate for mayor by 7 percent of the respondents, which was more than the support of Jussi Halla-aho.

In HS’s party support survey, Business Now would be getting 4.1 percent support. This means that the party can get up to 2-3 seats and, for example, a former MP from the SDP may join the council. Mikael Jungner.