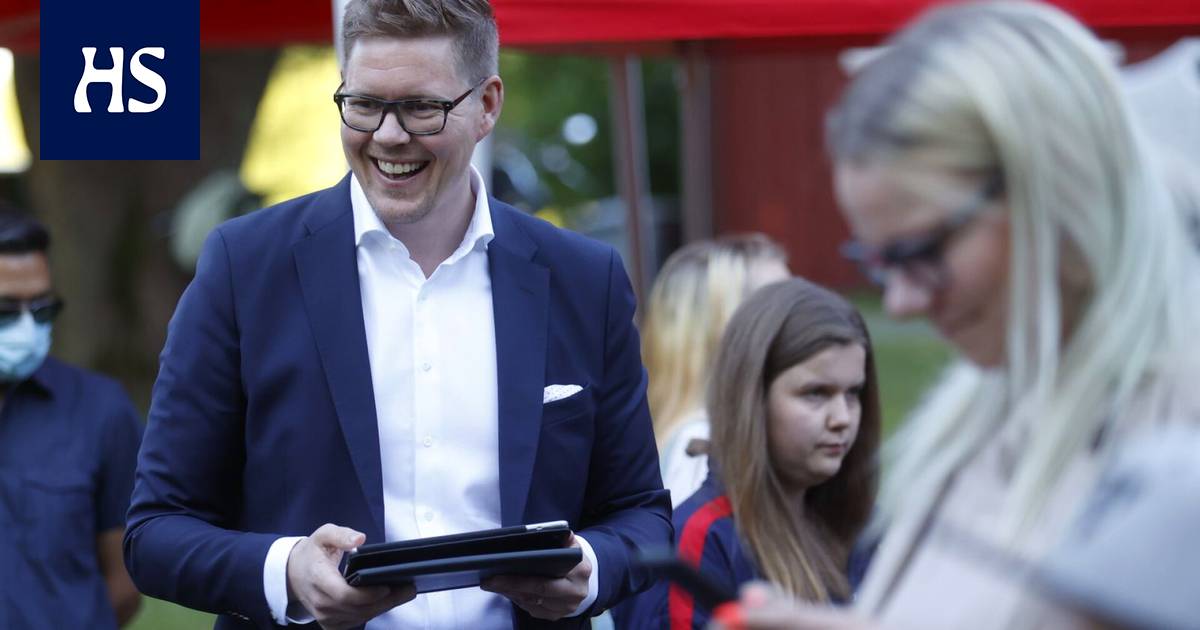 Basic Finns seem to be doubling their support and are rising to third place.

For basic Finns The claimed election victory in Vantaa seems to be coming true, but only in part. After more than 45 per cent of the votes were cast, the Basic Finns were almost doubling their support and becoming the third largest party in Vantaa City Council.

The Coalition Party and the Social Democrats had a tough race over which of them would be the biggest in Vantaa in the municipal elections.

At this point in the vote count, the Coalition Party was just ahead, with 24 per cent and the SDP second with 23.3 per cent. Basic Finns accounted for 17.3 per cent of the votes cast at this stage of the counting of votes.

Compared to the 2017 municipal elections, two percentage points of the Social Democrats’ support had disappeared.

In the composition of the council, the demars were losing two council seats, leaving the party with 17 delegates. The number of seats of the Coalition Party at this stage of the counting of votes was estimated at 17 delegates and 12 delegates from basic Finns.

The rise of basic Finns would mean that it would almost double the current number of seats in the party. During the last parliamentary term, the composition of the council group has varied due to the dissolution of the party and the departure of the blues.

At the last minute, a long-line Coalition Commissioner Markku Weckman (ps) jumped on the basic Finns, so in the current council the party has five delegates.

A common concern for all parties was record lousy turnout. In the previous municipal elections in 2012, only 52.3 per cent of Vantaa residents exercised their right to vote.

Now the turnout was worse than in the previous municipal elections, at 48.4 per cent. The base quotation for Vantaa was turnout in 2000, 45 per cent.

The Greens lost support, even to the left

On the basis of advance votes, support for the Greens would return to the level of 2012, ie around 13 per cent. In the composition of the council, this would mean the loss of three seats to nine council seats.

The support of the Left Alliance remained more or less unchanged, although the people of Vantaa have gained extra visibility in the education of their own village. Jussi Saramon (left) for the sake of the Minister of Education.

The Left Alliance was still losing one council seat. There would be four in the new council.

The delegates of the Christian Democrats were probably continuing on the basis of advance votes Tiina Tuomela (kd) and Jouko Jääskeläinen (kd).

The support of the center and the rkp was hardly changing.

The center has three seats on the current council. At this point in the counting of votes, the center was holding all three of its council seats. Two council seats were promised to the RKP.

Advance votes One new party may also be rushing to the Vantaa Council. Detached from the Coalition Harry Harkimon led by Movement Now was gaining two seats. The place was topped by an entrepreneur Nina Nummela (class) and class teacher Marita Knevel (species).

Lots of new faces are coming to the council

After about a third of the vote, the look of the city council was changing briskly. Old delegates were leaving and new ones were taking their place. Vantaa City Council has 67 delegates.

It was already known in advance that the old decision-makers demariem long-term commissioner Pirjo Ala-Kapee (sd) as well as acting as a non-attached member of its own council Timo Auvinen (sit) would not run in the election.

At the beginning of the counting of votes, a strong entrepreneur in the group of basic Finns was a restaurant entrepreneur. Tuukka Saimen (ps), personal assistant to Chairman Jussi Halla-aho Tanja Aidanjuuri-Niemi (ps) as well as a professionally campaigning party office member in charge Suvi Karhu (ps).

At the beginning of the counting of votes, MP, Chairman of the Council, was once again becoming the Electoral King of Vantaa. Antti Lindtman (sd).

The Queen of Sound’s cloak got shouldered to reconcile the Coalition MP, Chairman of the City Government Sari Multala (kok).

The new city council will become much of a guard as it contemplates solutions for the country’s fourth-largest city over the next four years. Vantaa has been able to shorten its large debt burden under favorable conditions, but the city’s rapid growth is putting pressure on basic services.

The council will be able to make a significant selection of personnel as early as next autumn. The current Deputy Mayor of Vantaa Hannu Penttilä (sd) will retire in early September. Basic Finns are likely to seek this place.