Muhammad bin Saud: Our message to the world is peace, development and hope 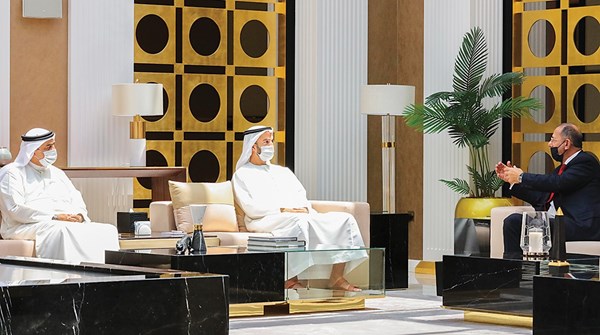 His Highness Sheikh Mohammed bin Saud bin Saqr Al Qasimi, Crown Prince of Ras Al Khaimah, met with Zvi Hefetz, the envoy of the Israeli Minister of Foreign Affairs. Which was signed between the two countries. His Highness indicated that the agreement contributed to creating promising opportunities for joint cooperation between the UAE and the State of Israel in many important sectors such as economy, trade, tourism and health. His Highness appreciated the cooperation between the two countries during the “Covid-19” crisis, pointing out that this cooperation resulted in many successes and achievements made by the two countries. His Highness explained that the message of the UAE to the world is a message of peace, development and hope for the sake of prosperity of societies and prosperity of peoples, stressing its keenness to uphold the values ​​of coexistence, tolerance and human brotherhood that have always been pillars in the country’s march over five decades.

Fires An old deserted villa burned down on Kruunuvuorenranta