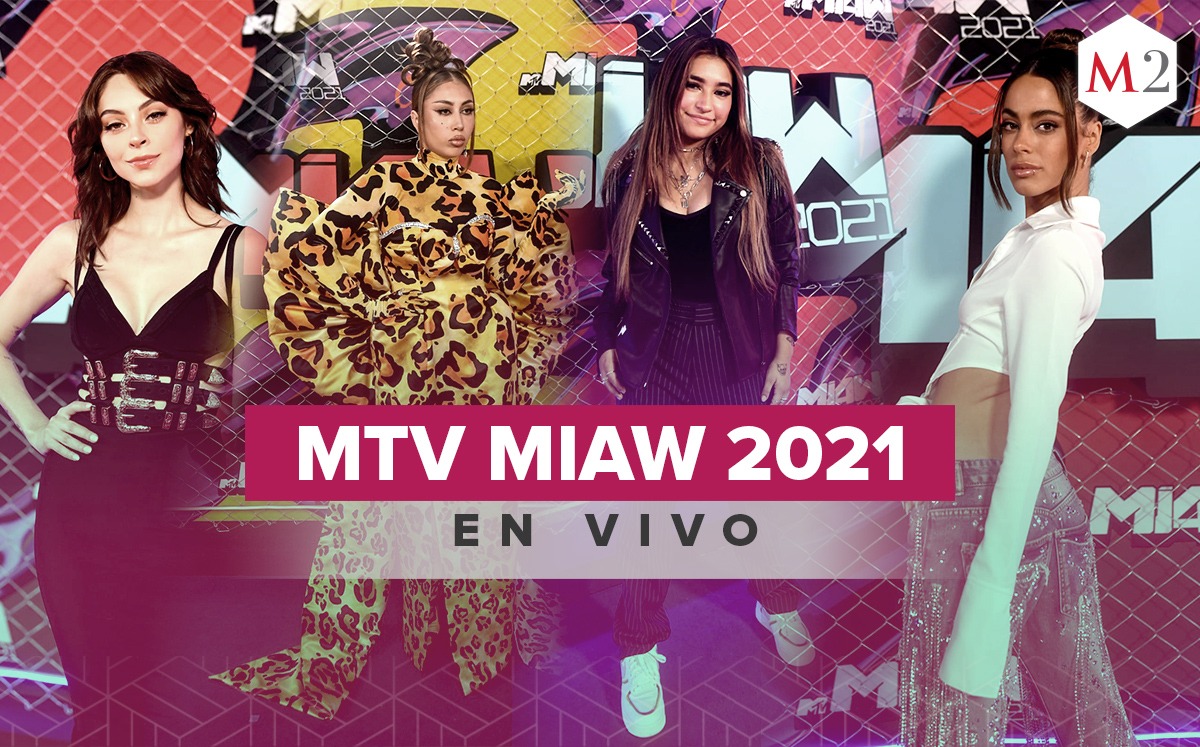 The MTV MIAW 2021 have already started and here we bring you the last details of the most viral awards on the internet. Find out who goes through the Pink Carpet, the presentations of your favorite artists and the nominees and winners. Who will win MIAW Icon or Global Creator? Follow the latest details in this minute by minute.

Presentations of the most viral artists of the moment, great personalities with incredible suits and dresses were the protagonists of tonight at the MTV MIAW 2021 awards

The Martinez twins won the MTV MIAW 2021 cat as Global Creator. The influencers thanked themselves, their families, and their fandom. “Fight and fight for your dreams because dreams come true,” they said.

The award was presented by Kunno, who wore a pink dress during the presentation.

The tiktoker, Jimena Jiménez, won the Bichota of the Year award. The influencer dedicated a few words to her family, her friends, but especially her fandom that made it possible for her to win the award.

The Colombian singer, Kali Uchis, inaugurated the MTV MIAW by interpreting her hit Telepathy wearing a red dress, while behind her fireworks were coming out of the screens. Kenia Os and Kali Uchis will lead the awards in this edition.

After a short pink carpet, the MTV MIAW paused to return at 10:00 p.m. CdMx. While this is happening, an episode of Acapulco Shore, the winning reality show, is broadcast on the television channel’s screens.

The award ceremony will take place next Tuesday, July 13. At 8:30 p.m. you will see your favorite singers, actors and influencers parade down the pink carpet, and at 10:00 p.m. sharp the 2021 edition of the MIAW awards will begin.

The Mexican singer spoke about her evolution as an artist during her years of career and said that she did not come to compete, but to enjoy the gala that rewards the most viral content.

“It has just been New Moon in cancer and I am experiencing critical changes. This whole album is loaded with a lot of energy, many collaborations are coming, in the meantime I invite you to listen to Mia on all platforms”, said Danna Paola.

Humbe, Mexican singer and songwriter, he won the award as an emerging artist after the presentation of his hit El Poeta that he performed at the MTV MIAW 2021.

Surprise! Like every year, the reality show that won this award was Acapulco Shore after eight seasons of this series that we could see this year on the MTV screens.

Creator of the year