Mps / David Rossi, an “announced suicide”: a book explains why 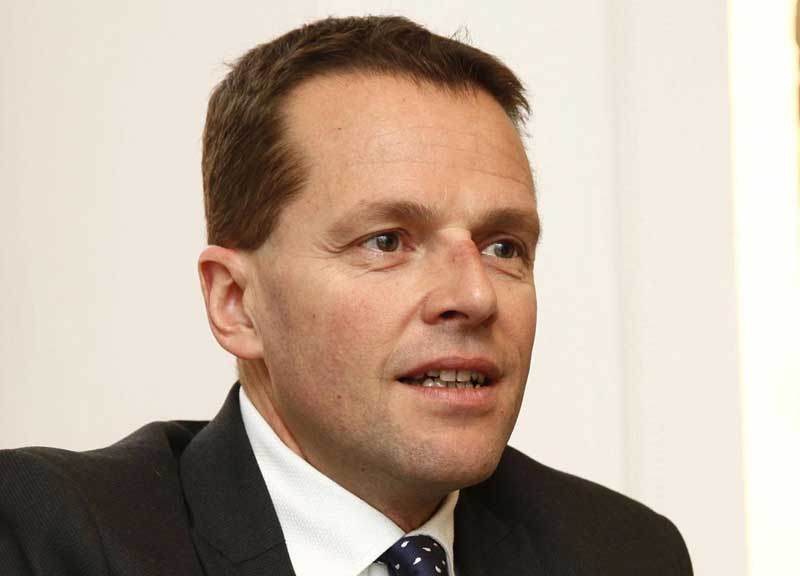 An established manager, with a growing career and a proudly managed professional role, which suddenly he feels the world collapsing around him due to a series of negative situations that he doesn’t know how to manage and who accompany him towards the abyss. That’s why on the evening of March 6, 2013 David Rossi, head of communication of the bank Monte dei Paschi di Siena, he decided to take his own life by throwing himself from the window of his office at Rocca Salimbeni. His was a suicide, as already certified by the provisions of three judges, two investigating magistrates from Siena who closed the investigation into his death and a judge from Genoa who found no anomalies in the investigations carried out by the Tuscan prosecutors.

But to think the same way it is also Raffaele Ascheri, author of a book (Cantagalli publisher) by title ‘Chronicle of a suicide (announced)‘, due out on July 9th. Ascheri is not a professional journalist but one investigative writer, who had the merit of unveiling many of the scandals that have marked the city of Siena in recent years: he followed the Rossi case from the beginning and in this book he explains to the reader, on the basis of objectively incontrovertible documents and circumstances, why this important manager at some point wanted to take his own life.

Ascheri, in reconstructing the story, is lucid and coherent: he makes the papers speak, dusts off the records of curiously underestimated or set aside testimonies by others, avoids the pindaric flights of those who have ridden the case in the media just to raise an audience to the point of promoting the establishment of a parliamentary commission of inquiry. So, no murder, no incitement to suicide. Rossi took his own life when the judicial authority turned on a beacon on who managed ‘Mps and, in particular, the Antonveneta operation,’ first and foremost ‘the former president Giuseppe Mussari.

And Rossi, who until then had worked under the protective umbrella of the old management, began losing all certainty when on February 19, 2013 he underwent (not as a suspect) a series of searches, in his office, at home and in his car. A few months earlier (November 2012) he had lost his father and the crisis of the Mountain, for which he feared an arrest shortly thereafter, yes it was went to add to worries about his wife’s health.

A few hours before the suicide, Rossi, as reported Ascheri, had an interview with a “company consultant-trainer”, Dr. Carla Lucia Ciani, co-opted by the new management MPS to facilitate integration between old managers and those who have just arrived. And the testimony of the ‘coach’ is enlightening because it highlights, in a neutral way and without prejudice, a “presuicidal” context. “You almost felt the sense of imminent disgrace – and ‘the memory of the expert about David Rossi -, this was very strong, he used expressions such as:’ I’m afraid they can arrest me ‘;’ I’m afraid of losing my job ‘as if he was accused of something … he told me he even thought I was there to help him communicate his resignation. “

And again, come on words of Dr. Ciani: “The impression I got from the meeting is that he had lived the work experience in a protected context: at a certain point, however, he felt alone and this condition created a sort of panic apnea that did not he knew how to manage … he said that he could not find support and this gave him continuous frustration. He gave me the impression that, having lost his job (as he thought he would lose, ed), he would lose everything, he would lost himself, precisely because there was no detachment in him between private and working life, as if his professional role was his whole life “.

In the final of the report given to the three prosecutors in Siena, the witness summarizes the plurality of causes that would have led Rossi to kill himself: “He spoke to me of the fear of being arrested, of the fact that his wife was not in a position to support herself, that he would lose his job if something serious happened. ” This state of serious psychological difficulty of the manager emerges from many other testimonial statements, cited with precision in the book, by those who attended Rossi in the last days of his life.

“Coherent, unambiguous and unambiguous testimonies”, among other things initially confirmed by Rossi’s family, but then a decisive change of course when the idea of ​​soliciting new investigations prevailed, riding on the suspicion (not supported by the judicial papers) that the manager had been killed because he had decided to collaborate with the judiciary and tell everything he knew about Mps. None of that. The author’s conclusion on this point is tranchant: “The Rossi case has been inflated, for reasons that attentive readers will have understood, to such an extent, that books could – perhaps, should – write another three or four, to fathom even further, pitiful, ravines . Maybe all suicides were analyzed with such sharpness, maybe. From the judicial point of view, after 8 years the homicide front has nothing in its hands, cloaked in nothing “.