Mouth cover, part of the uniform for soldiers in the next Military Parade 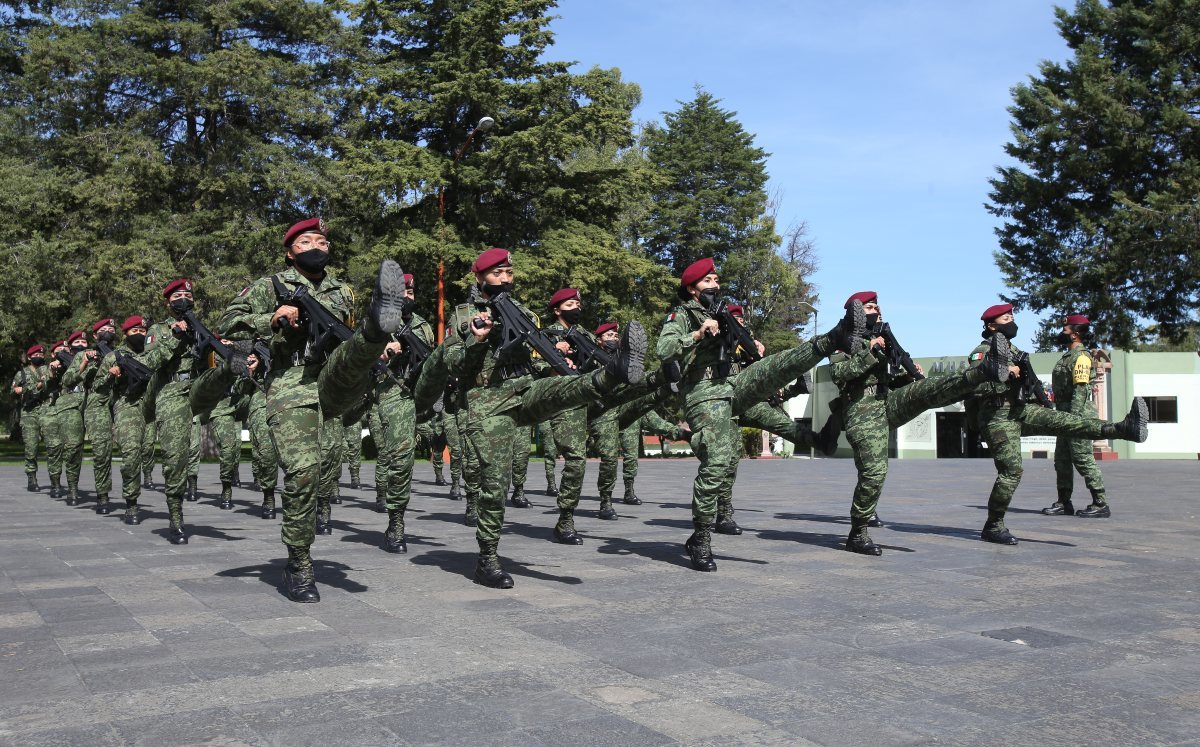 Like every year on these dates, in the Military Field Number one, uniforms are prepared, weapons are cleaned and boots are polished; From early on it is practiced, it leaves, it is corrected and it is repeated, but this time, it is done with masks and masks.

The army began with the practices for the parade on September 16, which would once again have contingents on foot, after last year the covid-19 pandemic reduced the traditional festival, forcing the thousands of visitors to stay at home.

Seventeen months after the pandemic was decreed, and less than a month after the commemoration of the 211th Anniversary of Mexico’s Independence, the federal government has not yet defined whether they will allow access to the public, the route that the military contingents will travel, the number of troops or vehicles that will participate, as it would depend on the epidemiological traffic light of the Mexico City and the decision made from National Palace.

“We must understand that a year ago it was the motorized parade, we want to return to ancient traditions, which is parading on foot, logically in accordance with the provisions of the Ministry of Health such as the use of face masks and healthy distance”, warns the Major of Cavalry, David Díaz Palafox, member of the Planning committee for the Parade.

He acknowledges that it is a new challenge to have to go with the rules imposed by a pandemic, but not impossible, since it is a question, he says, “of being an example for citizens.”

Meanwhile, in the military field, the brigade of Parachute Riflemen, ready to descend “from heaven to mission”, as its motto reads, and fall once more on the Zocalo of the city of mexico next Thursday, September 16, with or without an audience.

Thus, the contingent will be headed by a script, a command, a command group, a war band; specialists in military parachuting, personnel specialized in infiltration, air assault precursors, mountain specialists, and support weapons: four companies of parachute riflemen, 632 men and 88 women, the latter with an increasing presence.

“Since 1975, the qualification of women began to be carried out, to date there are 600 women who have qualified as paratroopers, and since 2017 women have been operatively integrated into this special corps of Rifle Brigades as an organic part of the unit, ”explains Lieutenant Colonel Eloísa Escudero, also a member of the Planning Committee for the Parade.

Last year, only 671 participants were summoned, who paraded aboard 81 vehicles, 56 aircraft and 66 horses; and the president Andrés Manuel López Obrador He took advantage of the date to award the “Miguel Hidalgo” medal to health workers.

Today, the commemoration of the 211 years of Independence is still uncertain, but in the military field they are already preparing to march once more.

China | China continues to restrict the mining of cryptocurrencies, the value of bitcoin plunged