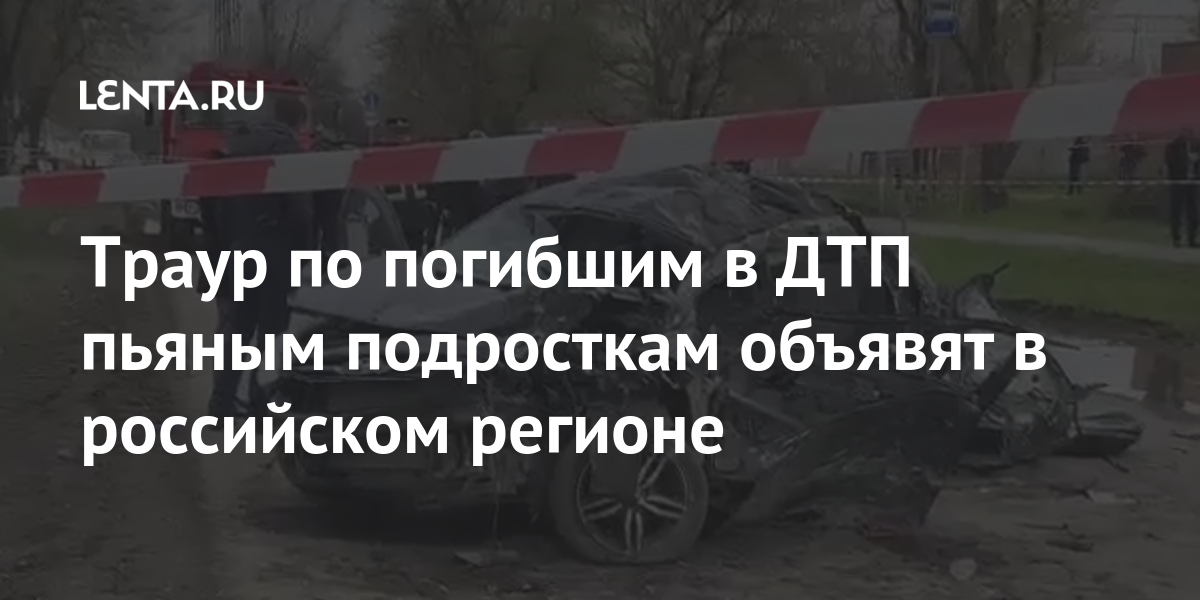 In Novocherkassk, Rostov region, where five teenagers died in an accident, they will declare mourning. This was reported in the city administration, reports RIA News…

On April 20, all entertainment events in the city will be canceled, and flags will be lowered. According to a law enforcement agency source, the company celebrated its birthday. They all drank alcohol, and then got into the car.

Earlier, a car driven by a teenager got into an accident in Novocherkassk. There were six people in the car. Five of them died on the spot, one victim, also a child, is in intensive care in a state of moderate severity, doctors do not give forecasts.

Movie Finnish sound designers received a significant award for a film in which the musician's hearing is lost: “Sound is one of the main performers”

After the decision on the K question: Söder continues to tease Laschet