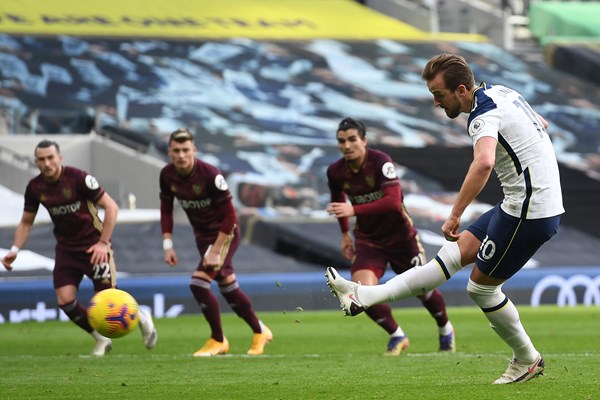 Tottenham Hotspur coach Jose Mourinho said today, Wednesday, that Harry Kane will play the second leg of the Europa League round of 16 against Dynamo Zagreb, and urged England coach Gareth Southgate to protect the player and not push him in all of the next three matches in the World Cup qualifiers.
Tottenham beat their Croatian rival 2-0 in the first leg, and Mourinho said he would not risk the second leg by placing his top scorer on the bench.
Kane has already played more than 40 games this season, despite missing some matches due to an ankle injury, and Mourinho urged the England coach to be careful, as the national team prepares to face San Marino, Albania and Poland during the international period later this month.
Mourinho said: Kane will participate in the rematch, the match will be open and it is very important for us and so I will pay it.
He added: I cannot comment on the work of Gareth Southgate, there are good contacts between him and Kane, and I do not want to interfere between them, they can reach a compromise to protect the player.
Mourinho confirmed that Son Heung-min will miss the match after leaving with a loss to Arsenal, due to a thigh problem, and he said that he would not play for South Korea despite being called up.
Mourinho continued: When a player is injured, it does not matter to us if the match is friendly or official, if we arrive next week and Sun is still injured, we can prove this to the South Korean Football Association, if he cannot play with his club, then he also cannot play for his country.