Mourinho analyzes the candidates for the European Championship 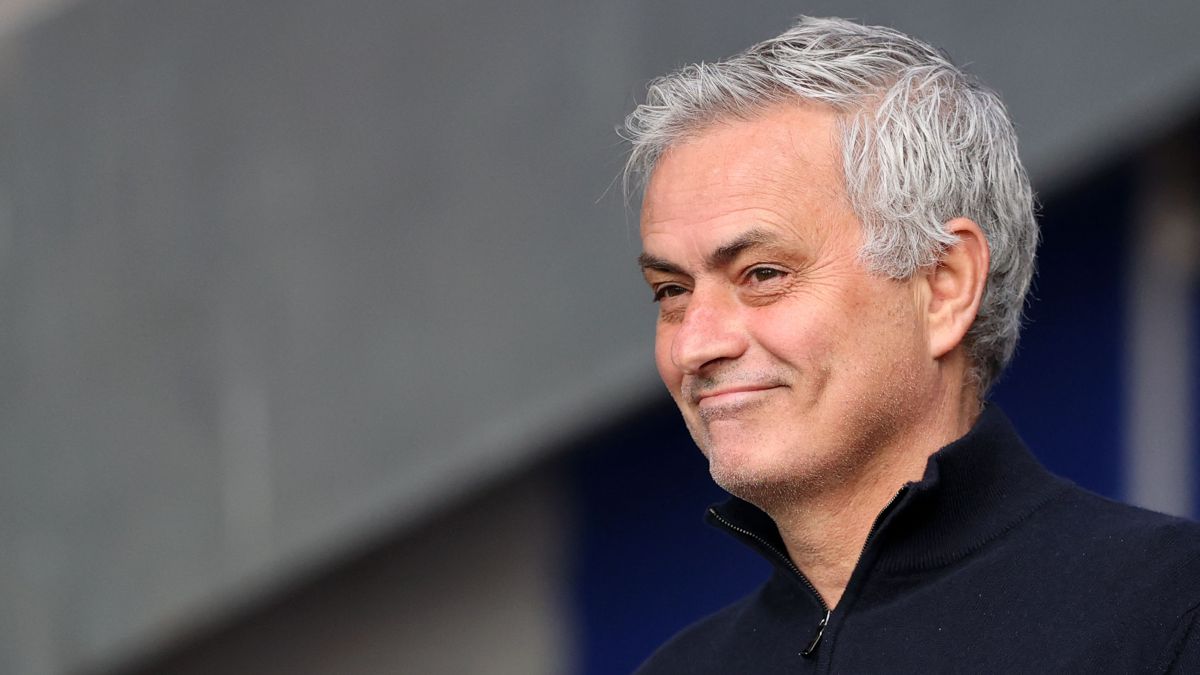 Jose Mourinho found ‘double’ work after his dismissal from Tottenham. Roma’s bench on his return to Serie A and his column in the newspaper ‘The Sun’. In the newspaper he has analyzed the main candidates to achieve the trophy of champion of the Eurocopa. It has no waste.

England: “Amazing squad; it has to be now”

“It will be quite difficult for Gareth Southgate to get the whole country to agree to his choices because there are so many. The template is very good, full of options. Gareth is gaining a lot of experience at this level. He has a great assistant in Steve Holland and that is very important in modern football. England is probably, with Brazil, one of the two most difficult countries to be a national coach because of what people expect from the team. Culturally, instead of supporting them from day one to day one, we immediately start with some negativity around them. The group stage is at home. The semifinals and the final is at home. Has to be now“.

Italy: “It is difficult to find weaknesses”

“I will watch my Roma players: Leonardo Spinazzola, Bryan Cristante and Lorenzo Pellegrini. Roberto Mancini is a very experienced coach: he spent 20 years training in the best leagues in the best countries. So you are more than ready and he’s already showing in qualifying how good he is. The team has improved a lot with him. Italy have talented players, but they have very good tactical knowledge. They can play in different ways. Roberto is giving them a little more attack quality but they do not lose their nature and they know how to compete. I think this is the best quality of them as a team. It is difficult to find weaknesses. They will be among the four semifinalists“.

Belgium: “They can do something special, more than the World Cup semis”

“It is a powerful team, full of good players. Kevin De Bruyne emerged as a fantastic player and Youri Tielemans’ evolution has been very, very good since he came to the Premier League. They have a lot of creation and Romelu Lukaku is a scorer with an incredible evolution in two years with Inter Milan. As a team they have been together for many years and have a lot of experience. Roberto Martínez is a good coach. He has been with them for a few years developing the team, with a certain style of play, with a certain way of playing, it is very adapted to the qualities of the players. They can do something special, and when I say special, I mean more than the World Cup semi-finals. But it is now or never for them because many are reaching the perfect age to do so. “

Portugal: “Cristiano is not a child; it will be his last Euro”

“Rúben Dias is the best center back in the world now. With his time at Manchester City, he is acquiring a different level of knowledge. He is a fantastic center-back. And the one next to him, Pepe, is 38 years old and has a lot of experience. That can be a strength for Portugal, as they then have a lot of talented players in attack. Of course, Cristiano Ronaldo is no longer a child and this will probably be his last Euro. After becoming champion of Europe, he will try everything to succeed one last time. Fernando Santos is the right guy in the right place. Very stable, very calm, very adapted. And he knows the players very, very well. Keeping Cristiano, Pepe, Rui Patricio and Joao Moutinho, he has a structure of experienced guys. But it’s such a tough group that if you told me that Portugal is going to fall, I wouldn’t be surprised. We play France in France, Germany in Germany and Hungary in Hungary. So it’s an incredible situation, but if we pass, we are able to reach the final. “

France: “With Mbappé it is very difficult not to win”

“It could form a team A, a team B and a team C because right now they have an incredible number of top players. When you have Kylian Mbappé on your side, it is very difficult not to win. He is one of those players who wins matches and scares opponents. Mbappé goes with everything to try to show everyone that, after Messi and Cristiano Ronaldo, he is the next best. Didier Deschamps knows what he wants. They are the world champions. They are the last finalists of the Eurocup. I think that unless reaching the final, for them it is nothing. Deschamps simply knows what he wants. Every player has to respect him because if not, he is not there. When you have this discipline and when each player follows what the coach wants, the team becomes very, very strong. I don’t see any weakness. If I had to say a team to win, I would say it, because the group of players is fantastic. They have to earn it. If not, it is a failed Euro. “

Spain: “They don’t have a first-rate striker like Villa”

“He has a young generation of players and coach Luis Enrique believes in a certain type of football. Technically, they are amazing. Even the center-backs are incredibly talented technically. So build from behind, maintain possession, hide the ball, make the opponent run after the ball … this is Spain. But they don’t have a top-notch forward like David Villa. They fight to kill their opponents after being as dominant as they normally are. NOr they score enough goals for the football they play. You can be punished by a rival who awaits you and then kills you. They take risks, they make the field very big and wide when they have the ball. But they are a bit fragile when they lose possession. Luis was my player when I was in Barcelona a long time ago. You have great leadership qualities. You will have the whole team around you. They can beat anyone, but I don’t see them playing in the final. “

Germany: “In the moment of truth, they are there”

“Löw’s team was lousy in qualifying and lousy in the Nations League. They had a historic result losing at home to North Macedonia. It is quite difficult to understand why they were so poor in the last two years. But now this is the moment of truth. And normally at the moment of truth, Germany will be there. It will be the last Euro for players like Thomas Muller, Mats Hummels and Manuel Neuer. They are always a team to fear. They are soldiers, very disciplined. Joshua Kimmich is an example of a fantastic young player who will not only be the present, but the future of the country. The Germans are the Germans … and I think this says it all. They can be eliminated in the group stage, but if they pass it they can reach the final. “

Netherlands: “Where are the Van Basten or the Rijkaard?”

“It has been a strange situation for them with the signing of Ronald Koeman by Barcelona. It has not helped them. Frank de Boer does not have much experience as a national or club manager. Of course he was a very good and respected player. Players will admire it. They are not bad players but Where are the Van Basten? Where are the Rijkaards? I don’t see them even reaching the semifinals. They have good young players who will probably need another two or four more years to be on top of their game. Reach the semi-finals or the final? I don’t see that. “

“Through the years, Wales have relied heavily on Gareth Bale and Aaron Ramsey, the two most talented players in the country. But when I look at the club season and how many games Ramsey played for Juventus … there were a lot of injuries. Chen we look at Gareth and how many great performances he had, how many goals he scored against the best teams, there weren’t many or none. It is not an easy situation for a country without many options. But they are always well organized and they know how to create a situation to try to get the best out of it. Dan James is fast and he’s the one who can break defenders. It will be difficult for them to even qualify for the next phase. “

Scotland: “They will be very difficult to beat”

“It has a core of stars who are major players in the Premier League. You look at Kieran Tierney at Arsenal; Andy Robertson at Liverpool; Scott McTominay at Manchester United. Then you have others in Aston Villa and Southampton. Scotland are a Premier League team and are doing better than in the last 20 years. I grew up with Scotland going to World Cups and with important players that I will never forget. There was a great depression but now they are re-emerging. Steve Clarke was my assistant at Chelsea and he gave me everything. Being Scottish he feels it deeply. He is not a foreign manager who comes to do a job. He has a group of guys who are living the dream at the national level. The great strength is passion. They really are a brave family. The group is not easy. They are going to fight for points and they are going to give England a hard time. They are not candidates for the title, not even for the semifinals. But it will be very difficult to beat them“.