Mourinho, about Varane: “Will this handsome boy be able to be tough and strong? 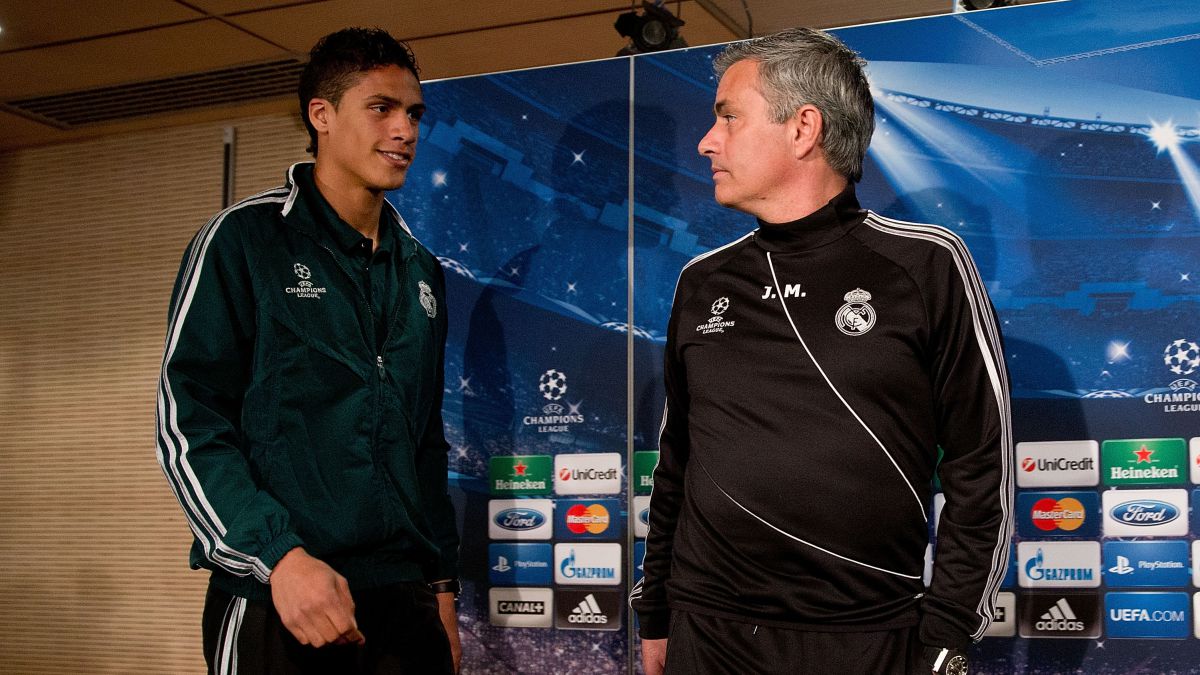 This Wednesday one of the matches marked in red on the calendar of the first phase of the Eurocup is disputed: the Portugal-France (9:00 p.m.). With the positions to be decided, there is a lot at stake and in the future of the match there will be many individual confrontations that will mark the final result. One of the most prominent will be Cristiano Ronaldo vs. Raphael Varane. Forward against defense. To analyze this face to face, L’Équipe wanted to chat with László Bölöni, mythical Hungarian coach who accompanied both of them in their first steps as a professional.

From his home in Budapest, Bölöni (68 years old), one of the heroes of Steaua Bucharest who won the final of the European Cup against Barça in 1986, attends to the French media and remembers his stages on the benches of Sporting de Portugal (2001 -2003) and Lens (2011), focusing on his relationship with the two, at that time, young promises. “It was extraordinary talking to Varane’s parents at Lens. They asked me timidly: ‘Do you think our son will arrive?’ The same thing happened to me with Ronaldo’s mother in Madeira. Behind these children there was a strong love relationship with their parents. I think that gives you a necessary serenity in high-performance sports. “They arrived, there is no doubt about that.

Bölöni soon realized that Cristiano would be “stronger than Eusebio”, while the praise for Varane follows a similar line: “I cannot say that he is the most effective French defender in history, but he is one of the greatest alongside Desailly, Bossis, Trésor … I said that at Lens he would be, as a defense, the equivalent of what Ronaldo represents as a forward. “Although his temperament was very different:” Cristiano has an arrogance and selfishness typical of attackers. “

While he remembers José Mourinho’s query about Varane when he landed at the Santiago Bernabéu: “Mourinho’s questions about Varane when Real Madrid signed him were the same as he asked me about Petr Cech when he left Rennes for Chelsea: ‘Will this handsome boy be able to be tough and strong, with eyes to please the girls?’. That aggressiveness that is seen in Cristiano’s game appears less in Varane’s (…). Nor do they have the same route, Ronaldo left his family at the age of 12 for a training center that was not at all as we know it today. He had no one who could comfort him, while Varane could go home. “

“Quaresma really liked the show, Cristiano was focused on being the best in the world”

Thus, the technician also makes reference to the ability to overcome that has marked CR7’s career: “Quaresma liked the show a lot, Cristiano too, but he was focused on being the best in the world. In training he used to finish with the forwards. I focused on Mario (Jardel), Joao Pinto, (Marius) Niculae and him (…). Cristiano never surpassed Jardel and he couldn’t accept it: ‘Come on coach, one more series, one more series!’

The talk with Pepe

Finally, remember an anecdote with another Portugal-France protagonist, a Pepe who before Porto was on trial at Sporting. “Pepe came to see me at my office and implored me, because he really wanted to stay. It was terrible for him to have to pack his bags”, remember. The center-back’s career shot up in Do Dragao and then Real Madrid would arrive, the rest is history, as in the cases of Varane and Cristiano, but few have had the pleasure of seeing each other. cracks take your first steps in the same way as László Bölöni.