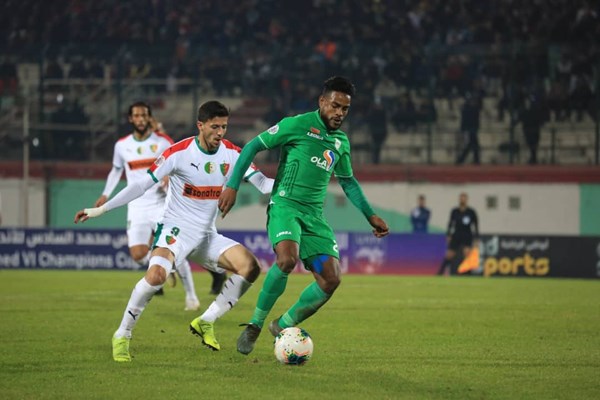 Mouloudia Football Club of Algiers revealed today the penalties imposed on the four players it accused of “insulting its image and values” after a video clip circulated widely a few days ago showing them partying in a nightclub.

Mouloudia Algiers stated in a statement published on its Facebook page that the club’s disciplinary board decided to suspend the players Miloud Rabiei, Walid Allati, Bilal Bensaha and Tawfiq Adadi from the official training and competitions of the first team until the end of the current season, and from official training and competitions 6. whole months.

It was also decided to transfer the four players to the reserve team as a guarantee of their right to training, with a deduction of 3 months from their salaries. Adadi was fined about $22,000, and each of Rabiei, Alati, and Ben Saha, about $15,000 each, as compensation for the various damages caused to the club’s image, values ​​and reputation as a result of their behavior.

MCA confirmed that these players can appeal the penalties issued against them before the relevant committee within 8 days.