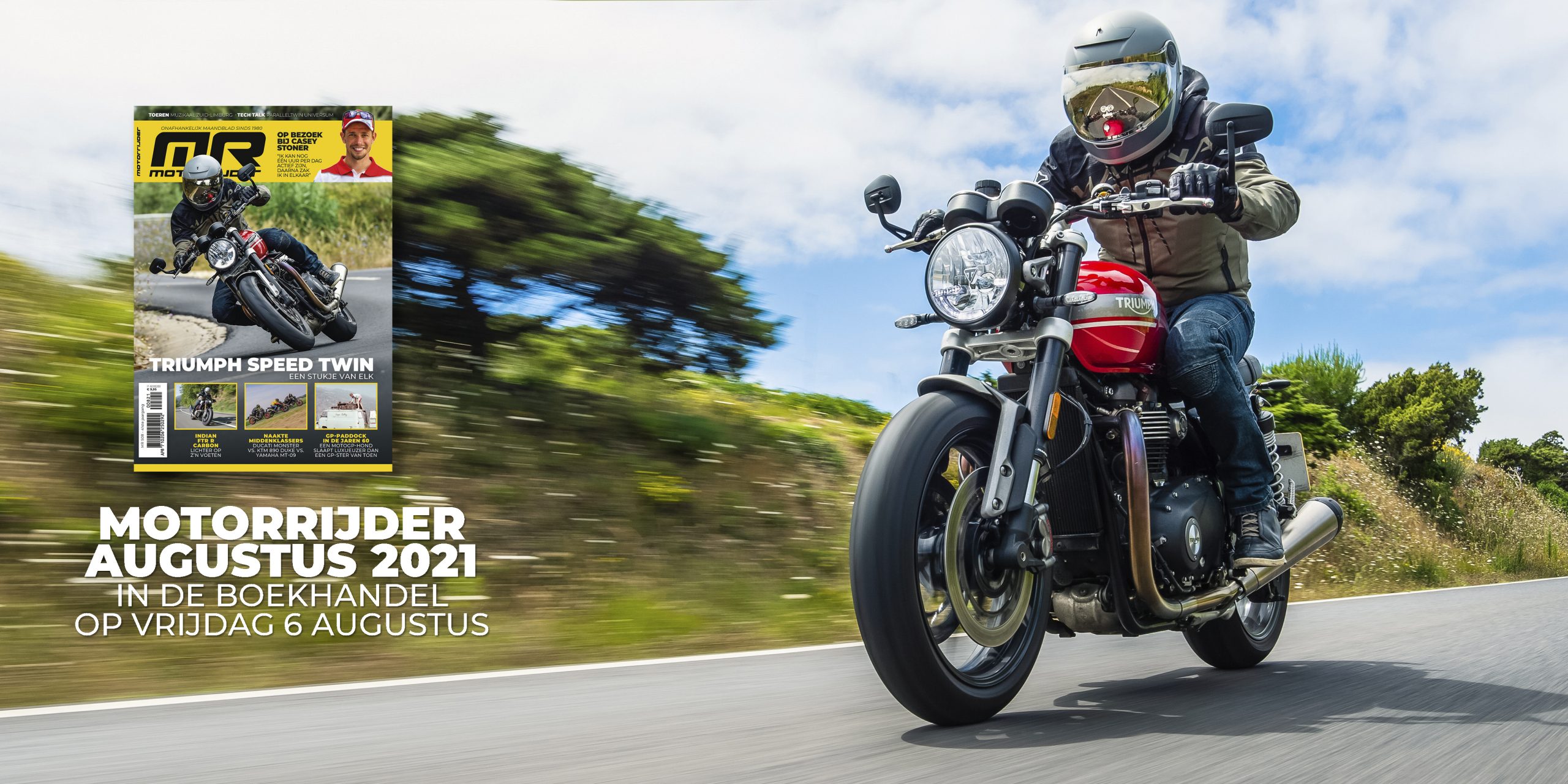 The new issue is now in stores! Including tests of the Triumph Speed ​​Twin, Indian FTR R Carbon, Mash British Seven 125 and Royal Enfield Meteor 350. A comparative test between the Ducati Monster, KTM 890 Duke and Yamaha MT-09. Also an interview with Casey Stoner, a tour route through the south of the Netherlands, our MotoGP man Mat Oxley talks about Fabio Quartararo and the GP paddock in the 60s… and much more!

Mash British Seven 125
Just as British as eating noodles with chopsticks, but don’t let that spoil the fun

Ducati Monster vs. KTM 890 Duke vs. Yamaha MT-09
They collectively lift the naked middle class to a higher level

Tours: South Limburg
The polonaise crisscross through the southernmost part of the Netherlands

The GP paddock in the 60s

M5s, Casaleggio plays the requiem: “Nothing remains: I launch the Camelot project”