MotoGP, Red Bull Ring: you have to pay attention to the rear 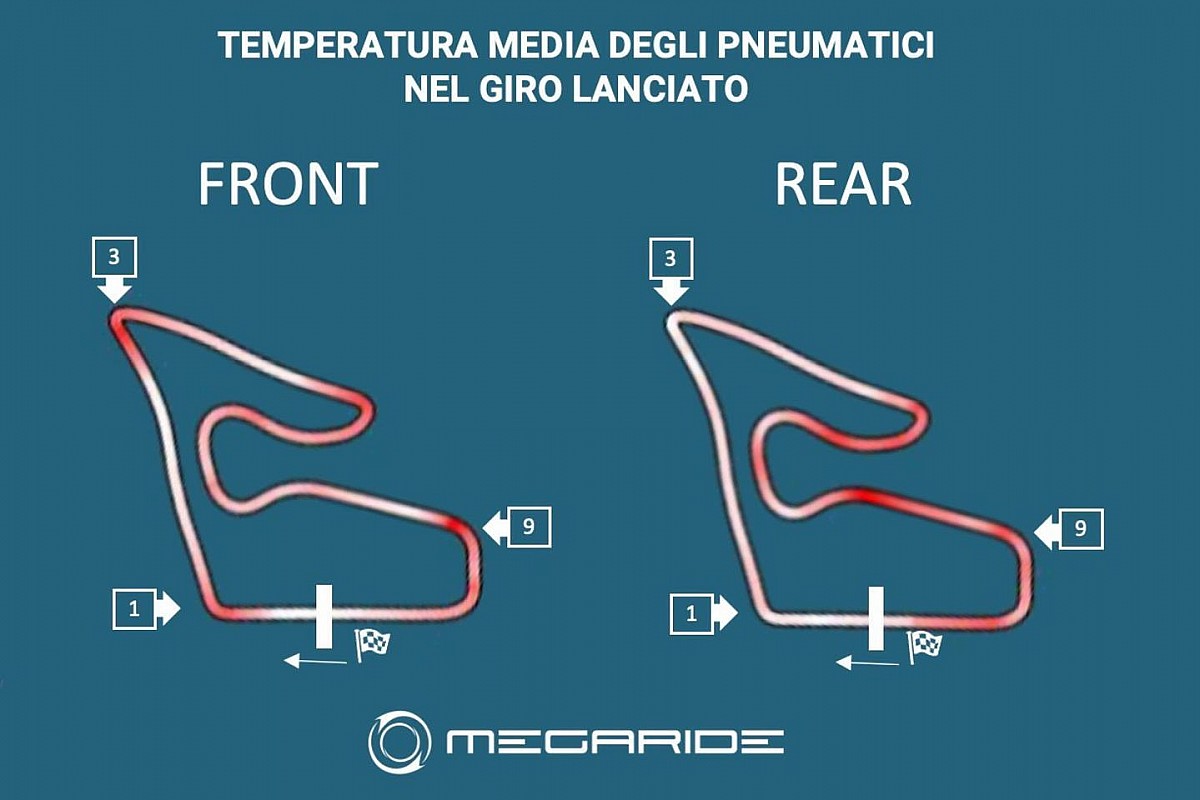 The world motorcycle returns to the Red Bull Ring in Spielberg to stay there for two weeks, first with the Grand Prix of Styria and then for that of Austria. A double appointment that, if on the one hand promises entertainment and indications on the fate of the 2021 championship, on the other hand does not make tire dealers and engineers happy at all.

The Austrian circuit, in fact, is one of the most severe and demanding in the world as regards the management of tires and brakes, with potentially heavy effects on the outcome of the race. For this it is necessary to meticulously prepare set-up and strategy, especially to keep under control the very high temperatures that reach the tires, especially in the rear. It is no coincidence that for motorcycle races on this track there is a special specification for the rear tire, specially developed by Michelin technicians. Optimizing grip and limiting wear phenomena, in order to evenly distribute the energies along the lateral direction of the tread, will be the terrain on which the teams will measure themselves more.

The Red Bull Ring is, in fact, characterized by long straights and numerous ups and downs, with some segments that have important slopes. The curves, unlike other circuits, are relatively few: just 10, of which 7 on the right. The rest of the 4,318 meters of the track are long straights, designed for spectacle, overtaking and speed: the average of the lap is 185 kilometers per hour, even higher than Philip Island and Mugello.

At the expense of it, it is precisely the brakes and the tires that are engaged above all in the longitudinal line. The most demanding braking sections are those of turns 1, 3 and 4. Turn 1 is, of the three, the hardest: although uphill, it closes the fastest section of the entire track. Turn 3 represents the slowest point, with a deceleration of around 240 km / h.

For the technical analysis of the circuit, the MegaRide engineers used a thermal model in order to simulate the most relevant phenomena for the tires, which are also those that most significantly affect the race, namely the trend of temperatures and exchanges. thermals that occur during a lap. The result confirms the expectations: in certain phases, the local temperatures and the consequent thermal stress are very high

In particular, in the sections following curves 1 and 3, also classified by Brembo’s technicians as among the most demanding in the championship, the results of the model show significant thermal increases. At the beginning of the straight following curve 1, the temperature rises by 60 ° C in the central area of ​​the tire, subject to longitudinal stress both during traction and braking, while at the exit of curve 3 the increase is greater than 80 ° C in the layers above the carcass and in the central ribs. In the graphs it can be seen that the thermal increase on the straight coming out of curve 3 has a faster transient than that calculated for the straight following curve 1, with important consequences on the dynamic balance of the bike.

The rear tires bear the greatest stress, especially in the straights and the most critical braking areas. Managing these covers in the best way will make the difference, regardless of the ambient temperatures. The double appointment on the Spielberg Ring will give a quick chance for revenge to those who have to catch the first one, even if we are in a phase of the season in which to miss even half a race can be costly.