MotoGP, Germany, Warm-Up: Quartararo gets back in front 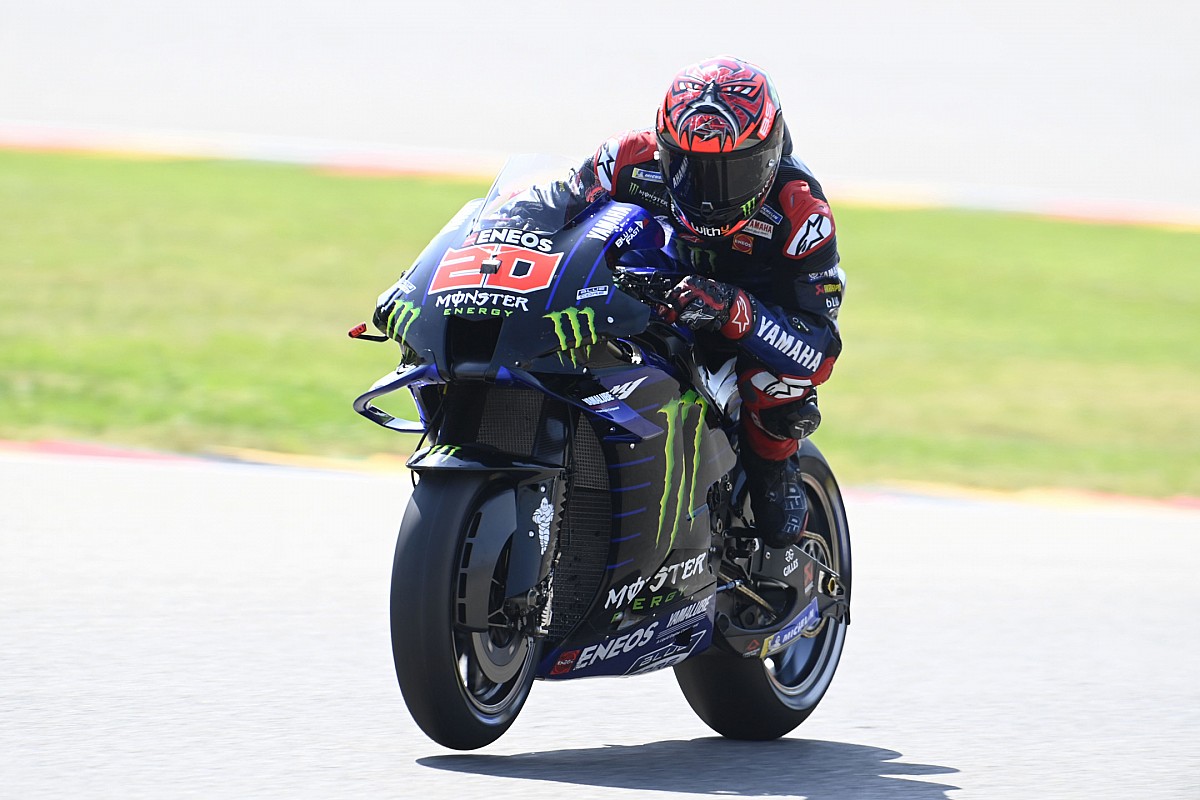 After losing pole position, Fabio Quartararo got back in front of everyone in the Warm-Up of the German Grand Prix. The Yamaha rider achieved his performance with a particular combination of tires, as he lapped in 1’21 “341 with a hard front and soft rear.

The Frenchman preceded the two Hondas of Pol Espargaro and Takaaki Nakagami by a handful of thousandths, who instead went even towards a softer solution, both preferring the medium tire on the front.

The fastest with what on paper should be the ideal solution from a race point of view, that is hard at the front and medium at the rear, was Joan Mir, fourth with his Suzuki at 181 thousandths. A good confidence boost for the world champion, who will have to come back from the sixth row today.

Following are the two Yamahas of Franco Morbidelli and Maverick Vinales, who like Mir will be called to a comeback from the rear. The Petronas Italian rode on the same tires as his Suzuki rival, while the Spaniard chose two medium tires. Same solution adopted by Pecco Bagnaia, who follows him to the seventh square.

The Piedmontese was therefore the fastest among the Ducati riders and at the beginning of the session he also ran in two wet tires because there is a possibility that rain could arrive for the time of the race, albeit rather low.

Marc Marquez took it quite calmly: after completing his best qualifying of the season with the fifth fastest time, the stamatin Honda rider was eighth with a hard front and an average rear. The top 10 is then completed with Jorge Martin’s Ducati and Aleix Espargaro, who unfortunately also crashed at turn 5 with his Aprilia, also making a long afterwards. Perhaps the tension in the front row made itself felt a little.

Valentino Rossi’s performance was discreet, as he managed to lap quite regularly at the high 1’21 “pace, also mounting a hard front tire and a medium rear tire. Miguel Oliveira, who probably this morning, had two mediums. he’s been hiding a bit with his KTM, as he’s one of those credited with a great pace.

As often happens in the Warm-Up, the poleman Johann Zarco and Jack Miller did not reveal their cards too much: the two Ducati riders are in fact in 16th and 20th position respectively.