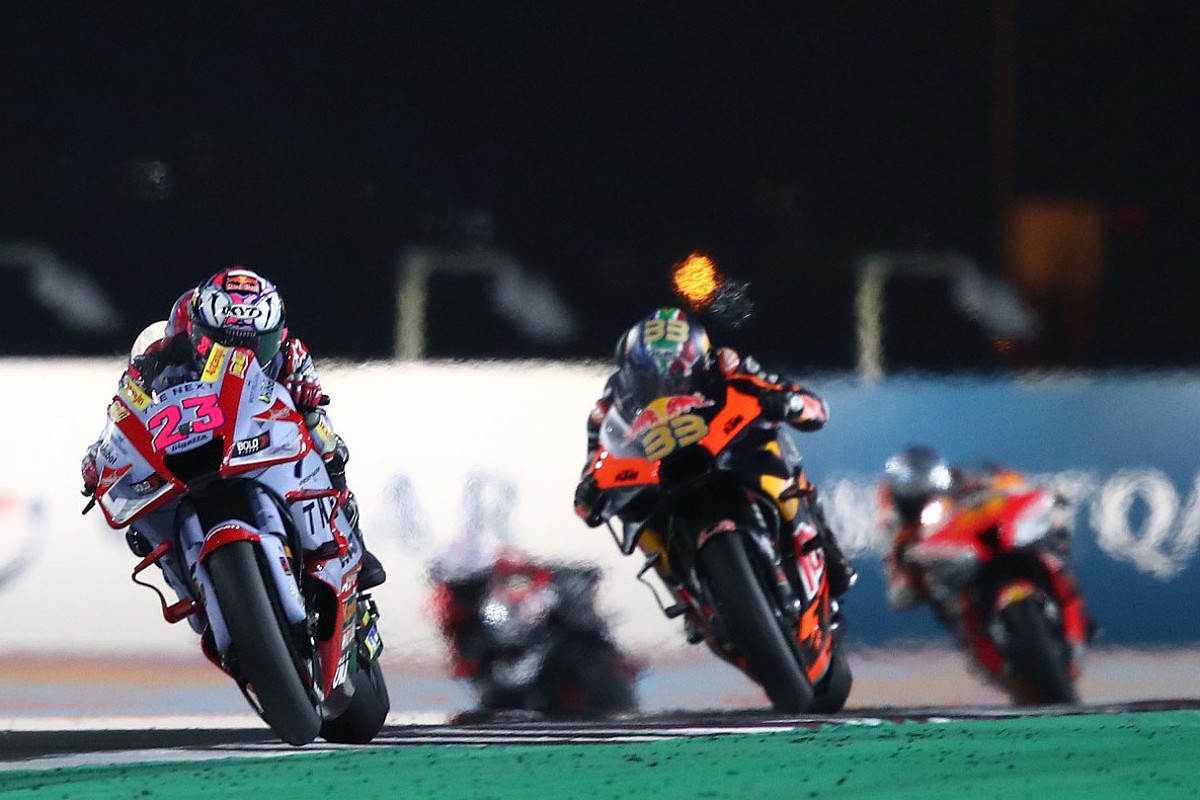 March 6, 2022. A day that Italian motorcycling will find it hard to forget. On the first Sunday without Valentino Rossi on the MotoGP grid, the Italian riders left only the crumbs to the competition, conquering the top step of the podium in all classes in the Qatar Grand Prix.

The biggest surprise, however, is perhaps the one that came from MotoGP. After Andrea Migno in Moto3 and Celestino Vietti in Moto2, Enea Bastianini won his first success in MotoGP in the premier class. But it is a success that also has an enormous symbolic value, because Gresini Racing wins on their return as an independent team, just over a year after the tragic death of the patron Fausto. And it rewards the choice to focus on Ducati after seven years in cohabitation with Aprilia.

In the final part of last year, “Bestia” had already made it clear that he could do great things, climbing the podium twice with an old GP19, and today he confirmed it on the GP21, the bike that dominated the second part of 2021 He didn’t get off to a great start from the front row, but he never lost the train of the best and, one by one, he got through all the opponents who preceded him.

Once in second position, he found himself with a gap of about a second to fill against a Pol Espargaro today in truly stellar form with his Honda. At the 18th of the 22 laps scheduled the engagement arrived and Enea wasted no time, attacking at the corner and immediately taking a small margin, also favored by a mistake in braking by the Spanish rival.

At this point perhaps the longest laps began, those in which you have to think about making no mistakes. Bastianini, however, was very good, because he didn’t make the slightest smudge and under the checkered flag he gave himself a triumph that really made the eyes shine in the middle of the paddock.

The Ducati therefore returns to win at Lusail, but it is a success that must make us reflect: the GP21 confirmed itself as a real missile, but the GP22 unfortunately gave the feeling of still being an immature bike. The best at the end was that of Johann Zarco in eighth position, with Pecco Bagnaia crashing in an attempt to overtake Jorge Martin, excluding both when they were just fighting for eighth. An electrical problem instead eliminated Jack Miller.

Today, however, there was also a big party in the KTM garage, with Brad Binder giving the Austrian manufacturer an unexpected second place, on a track historically difficult for the RC16. The South African made a great start from the third row and kept constantly in the podium area. In the final he also took advantage of Espargaro’s long to go and take a really precious place of honor, proving once more his talent as a “dog” once he manages to find the right hook.

See also  Referees ready for the game Colombia vs. Peru

To complete the podium there is “Polyccio”, who today gave a sample of what the potential of the new RC213V can be, even if the distance paid for the drop in the rear tire, since he was among those who had opted for the soft. Indeed, he also had to watch his back from his brother Aleix, himself the author of an amazing race, in which he really came within a whisker of giving Aprilia the podium, confirming the great potential of the RS-GP and his intention to fight for the top 5 consistently this season.

Obviously Marc Marquez was not hiding yesterday when he said he didn’t have the potential to fight for the win, because he had to settle for fifth place, without ever giving the feeling of being able to really get into the fight. And it is strange to see him constantly slower than his box mate, even if it is only the first race. However, the Suzuki cars disappointed a little more: with the great pace shown on Friday they had generated great expectations, but Joan Mir and Alex Rins did not go beyond the sixth and seventh place, while remaining hooked to the leading train.

See also  Milan, hole in the middle of the field. An embroidery would need more than a patch

If there is a big disappointment, however, it is undoubtedly the Yamaha, which at the moment seems a bit the weak link on the grid. World champion Fabio Quartararo sadly finished in ninth position, overtaken in the sprint by Zarco, but what is worrying must be the gap of over 10 “, which has always kept him far from the positions that count. The other M1s of Franco Morbidelli and Andrea Dovizioso found themselves in 11th and 14th positions, with Vinales’ Aprilia and Marini’s Ducati between them.

As for the rookies, the best at the end was Remy Gardner, 15th with the KTM Tech3, while Fabio Di Giannantonio finished 17th, despite being just three tenths behind. Too bad for Marco Bezzecchi, who crashed in the early stages of the race when he was able to recover up to 13th position.