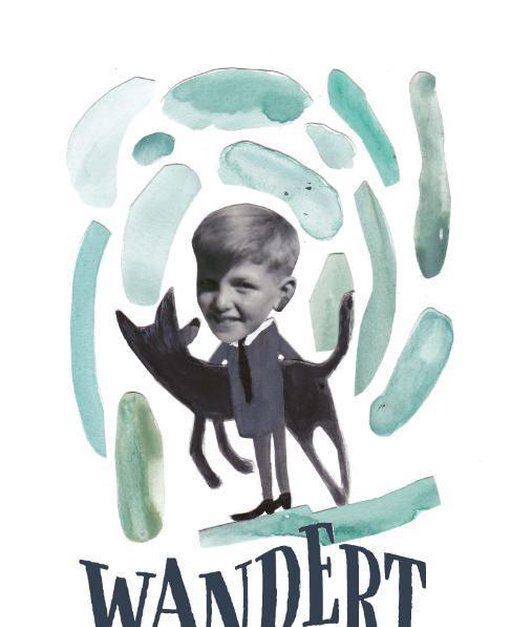 There is no drawing to be found in Yvonne Jagtenberg’s new book. And that is remarkable for someone who won the Golden Brush for her illustration art no less than two years in a row (2019, 2020). That her audience now has to do without an image is because wander is also ‘a book that many adults will enjoy’, Jagtenberg told culture program Opium: ‘It felt a bit patronizing and childish to add drawings to this.’

Yet it is precisely Jagtenberg who knows that an image can be more than a picture accompanying the talk, as witnessed, for example, by the visual dynamics in her illustrations in My wonderful uncle (about the French cinematographer Jacques Tati). It is precisely this that makes the picture book attractive to adults as well. So why would her first (youth) novel, inspired by her father’s post-war childhood, with an image be less suitable for a double audience than without? Of course, the narrator determines the best story form, but an illustrated wander The young reader for whom the fifties are beyond recognition might have been a little easier to seduce.

Not that Jagtenberg doesn’t have a good pen: what she can do as an illustrator – tell in images – she can certainly do just as well as a writer. The house-garden-and-kitchen story that unfolds through the eyes of Wandert, about ten years old, who dreams of becoming an artist like his music-making father, reads like watching a movie. The opening scene in which Wandert is alone at home and fantasizes about his future career as an artist by playing ‘the role of a smoking man’ in the window sill of the upstairs apartment while lighting a cigar, immediately confirms this. And there are more of those. visual moments of play. Also beautiful is the theatrical image of Wandert who secretly longingly crawls behind the keyboard of ‘the forbidden grand piano’ in his father’s music and teaching room and plays ‘air piano’, looking ‘very weighty’.

Despite the fact that Wandert is taught culture at an early age, his parents discouraged him from becoming an artist. ‘Being an artist is no fun’ according to his father, while his mother fears that Wandert will become a woman crazy. Artists are like ‘nectar’ that ‘women flock to like bees’, she warns. This results in entertaining confrontations (between Wandert and his parents, and between his parents) and witty dialogues that give the story momentum. Such as the moment when Wandert’s mother thinks her husband is staying away too long and goes to pick him up in Amsterdam at night, together with Wandert. Hiding her jealousy, she clumsily asks him: ‘Have you ever met Rembrandt? The Night’s Watch?’ When Wandert answers in the negative and indicates that he would like to get to know him, she says, ‘that won’t work anymore, because he is long dead’, after which they spy on the door of Hotel Schiller together from behind Rembrandt’s cast-iron statue. ‘We watch the night’, notes Wandert, who briefly considers himself a detective.

Between the lines it abounds with this kind of striking, casual observations and word finds that aptly typify the various characters. For example, you can better understand Wandert’s father’s aversion to his son’s dreamed artist existence when you read about his tired look that makes him look like ‘a dead fish eater’. Also, Wandert’s mother’s jealousy – ‘a lady with mischievous pranks’ – seems less excessive once you know that her father put her in an orphanage when he became a widower. Meanwhile, Wandert pursues his dream tirelessly. He starts a dance school, imitates Laurel and Hardy with boyfriend Frans and applies for a circus role with Toni Boltini, an acquaintance of his father. Wandert’s doubts about the circus director’s question why he wants to be an artist are moved, as well as his meaningful answer that he ‘doesn’t want to be a mother’s child’. In smooth, precise language, Jagtenberg paints a delicate portrait of a cautiously unruly boy who gradually discovers that he above all has to listen to himself in order to be able to go his own way.

Cuba: This year’s sugar harvest is one of the worst in history