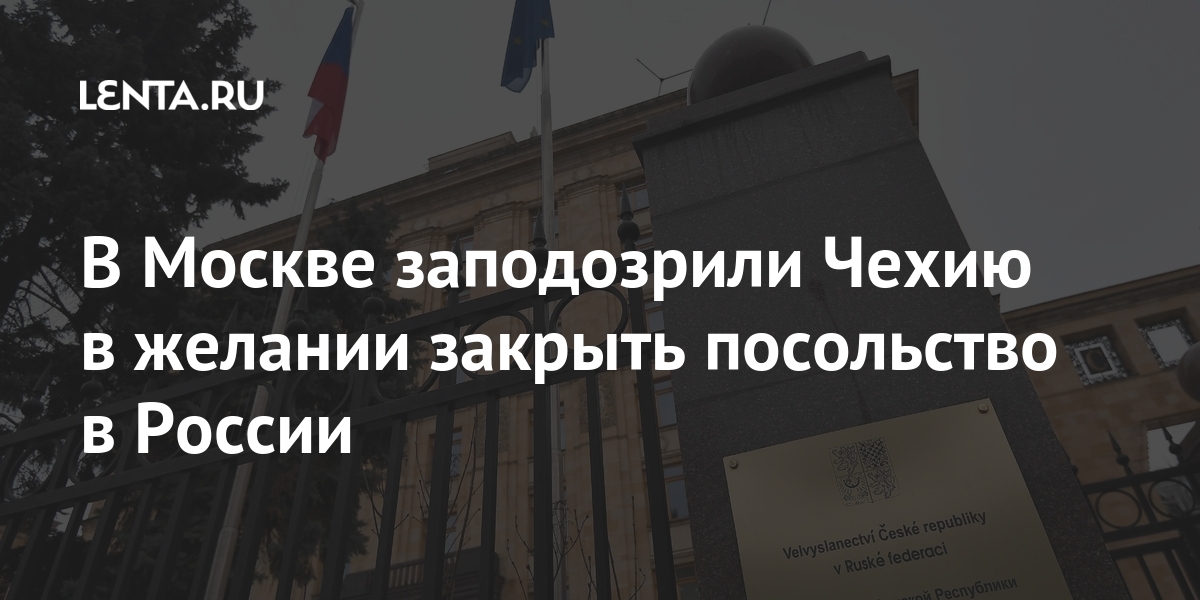 Moscow spoke about the possible consequences of the Czech Republic’s decision to expel 18 Russian diplomats from the country. It is reported by Interfax citing a Russian diplomatic source.

According to him, such a step by the Czech side could probably mean that Prague has decided to close its embassy in Moscow.

The Czech Republic announced the expulsion of 18 Russian diplomats from the country earlier on April 17. They are suspected of working for the Russian special services, which are allegedly involved in an explosion at an ammunition depot in Vrbetica on October 16, 2014. Then, supposedly, ten thousand kilograms of ammunition, including medium-range missiles, exploded. As a result, two people died. The cause of the explosion remained unknown; according to one version, it happened due to the negligence of the workers.

Later, the official representative of the Russian Foreign Ministry, Maria Zakharova, reacted to the expulsion of Russian diplomats. She stated that “Prague is well aware of what will follow such tricks.”

The investigation commission on vaccination in the municipality is underway