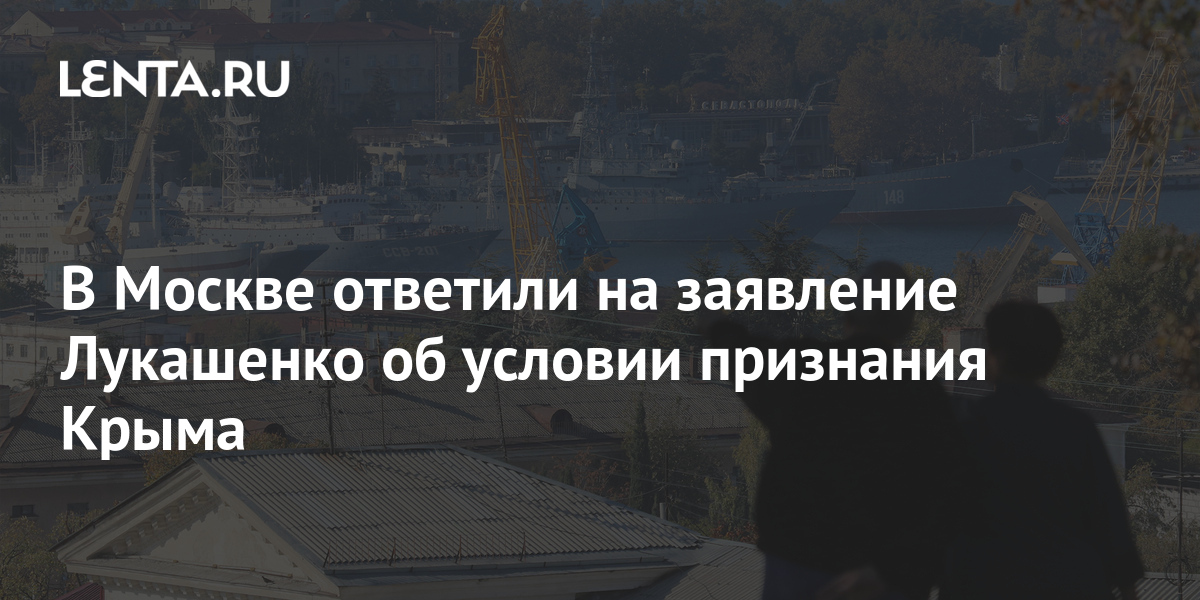 Moscow responded to the statement of the President of Belarus Alexander Lukashenko on the condition of the recognition of Crimea as part of Russia, reports RIA News…

Nothing prevents Belarus from recognizing Crimea as Russian, especially the Budapest Memorandum, the agency’s source said. He noted that Belarusian businessmen work on the peninsula along with the Russian oligarchs, about whom Lukashenka spoke.

The interlocutor of the agency added that the issue of the recognition of Crimea is reflected in the union agreement between Russia and Belarus: the Union State consists of the territories of the member states, which are determined by their Constitutions.

On August 9, Lukashenko promised to recognize Crimea as part of Russia after all Russian oligarchs do so. “When the last oligarch in Russia recognizes Crimea and starts supplying products there, the matter will not rust with me. Though a lot connects me. Budapest Declaration. (…) My signature is there. But I will step over this too, ”he said.

He added that his hands were “untied” because of the actions of the Ukrainian authorities. “They howled:“ Lukashenka will fly to Crimea through Russia! ” So I can’t fly through Ukraine. Madmen, ”the Belarusian president said.

After that, the Ministry of Foreign Affairs of Ukraine summoned the Charge d’Affaires of Belarus Kirill Kamyshev to hand over a note of protest.