Moscow police warned about the illegality of the planned protests 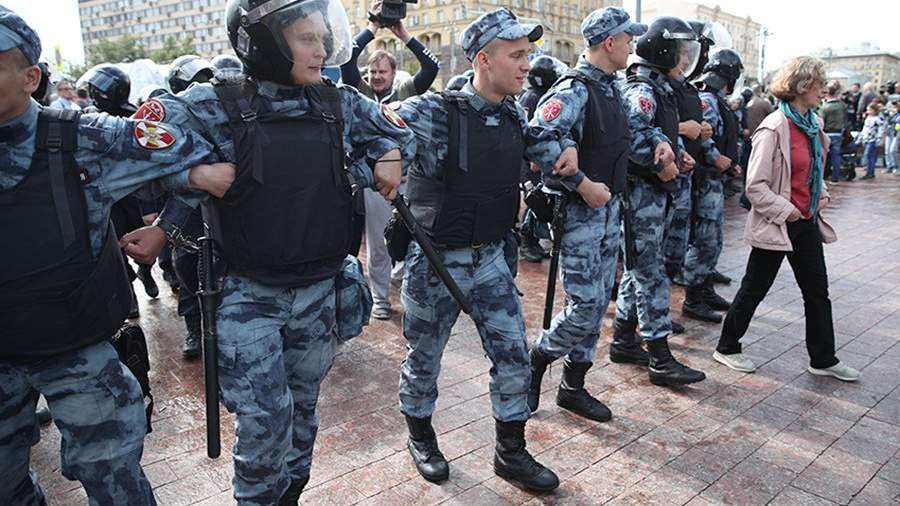 The Moscow police warned the residents of the capital about the illegality of the planned unauthorized actions, and also called on citizens to refrain from participating in them. This is stated in message press service of the Main Directorate of the Ministry of Internal Affairs of Russia in Moscow, published on April 20.

They noted that calls for participation in unauthorized public events in the center of Moscow, which have not been approved by the executive authorities, are being disseminated on the Internet.

“The Metropolitan Police will take all necessary measures to ensure the protection of public order and compliance with the current legislation. All violators will be held accountable in accordance with the law, ”the message says.

In addition, the police recalled that in Moscow, by order of the mayor of March 5, 2020 No. 12-UM, a high alert regime was introduced, during which there are certain restrictions, in particular related to the holding of public events.

Also, it is planned to hold unauthorized actions near the buildings where the government bodies are located, which is prohibited by law, added in the capital’s Main Directorate of the Ministry of Internal Affairs.

The day before, the Ministry of Internal Affairs of Russia also called on citizens to refrain from participating in unauthorized actions. The department recalled that the police “will not allow destabilization of the situation.”

The Blog: The ethics of tourism worker vaccination

Although prohibited, protests against Duque’s tax reform are advancing in Colombia