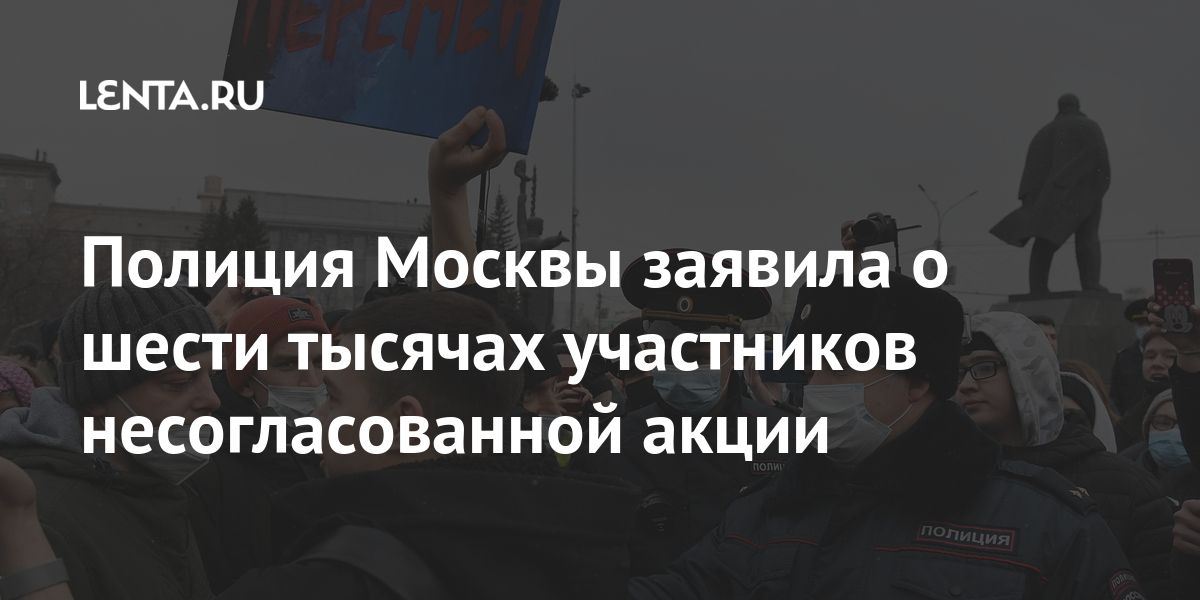 About six thousand people are taking part in the uncoordinated action in Moscow as of 20:30. About it reported in the metropolitan department of the Ministry of Internal Affairs.

“The police are explaining to the audience that their action has not been coordinated with the authorities in accordance with the established procedure, and warns about the liability for violation of law and order stipulated by the law,” the Interior Ministry said.

Earlier it was reported that the arrests of the protesters began in the center of Moscow. The first two protesters were detained at the Borovitskaya metro station. In addition, it was noted that law enforcement officers stop suspicious young people.

On Tuesday, April 20, Moscow authorities refused to hold rallies on April 21 and May 1 due to the situation with the coronavirus. The first notification was filed with the capital government in violation of the requirements. In particular, the citizens declared in the notification are outside Russia.

The Russian Ministry of Internal Affairs also called on citizens to refuse to participate in uncoordinated actions. They recalled that restrictive measures continue to operate in the regions in connection with the coronavirus pandemic.

In Moscow, a child escaped from a private kindergarten