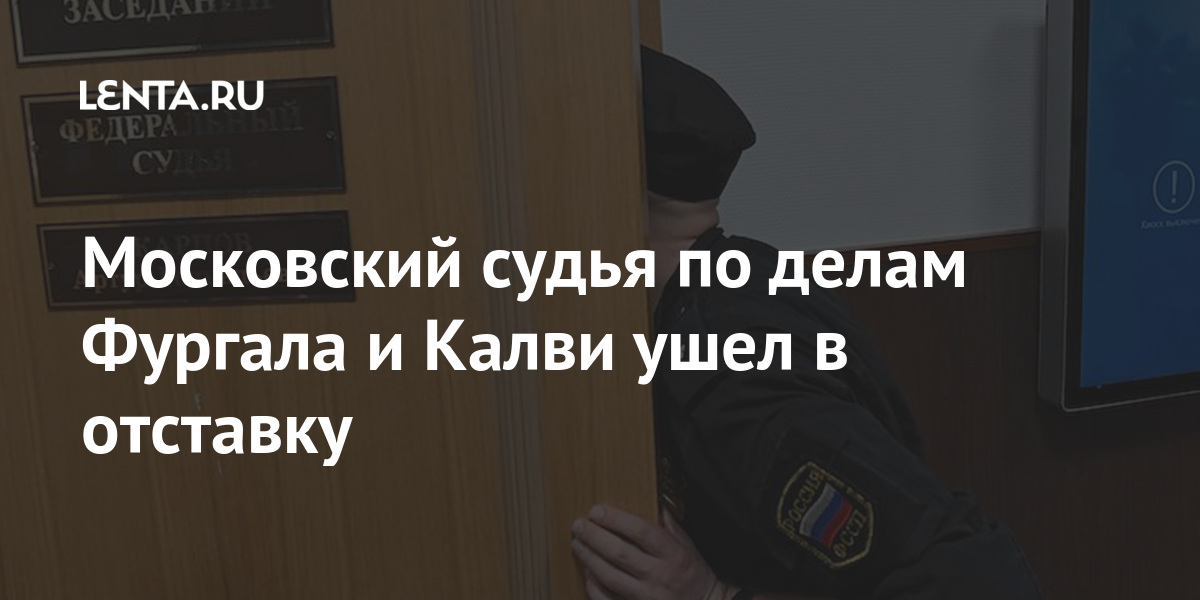 The judge of the Basmanny Court of Moscow, Artur Karpov, who sent former Russian governors Sergei Furgal and Nikita Belykh to jail, as well as the founder of the Baring Vostok investment fund Michael Calvey, accused of fraud, has resigned. On Thursday, April 8, reports RIA News…

It is clarified that the judge resigned at his own request.

Sergei Furgal was detained on the night of July 9, 2020, he is charged with two murders and an attempt on his life in 2004-2005 on the territory of the Khabarovsk Territory and the Amur Region. The former governor denies his guilt and insists that a criminal case against him was initiated by “certain officials who would like to remove him from office.” Later, Furgal was dismissed from his post as governor of the Khabarovsk Territory due to a loss of confidence.

On April 7, the ex-governor was transferred from the pre-trial detention center to the Matrosskaya Tishina prison hospital.

The criminal case against Calvey and his colleagues has not yet been considered on the merits and is at the stage of preliminary investigation. Last year, his defendants were released from the pre-trial detention center. Calvey and five Baring Vostok employees were indicted in a share fraud case in Luxembourg-based IFTG. The First Collection Bureau (PKB), which owned them, paid off in securities with the creditor, which was Vostochny Bank. The credit institution and both companies at that time were under the control of Baring Vostok.

Former governor of the Kirov region Nikita Belykh was detained in June 2016 in a Moscow restaurant while receiving 150 thousand euros in cash. The investigation claimed that this was part of a bribe totaling 400 thousand euros from Kirov entrepreneurs. After the arrest and arrest, Belykh was dismissed. He has been in charge of the Kirov region since 2009. On February 1, 2018, the Presnensky Court of Moscow sentenced the former governor to eight years in prison. The convict was also fined 48 million rubles.

On Her Majesty’s Secret Service