Moscow explained the popularity of used cups for thousands of rubles 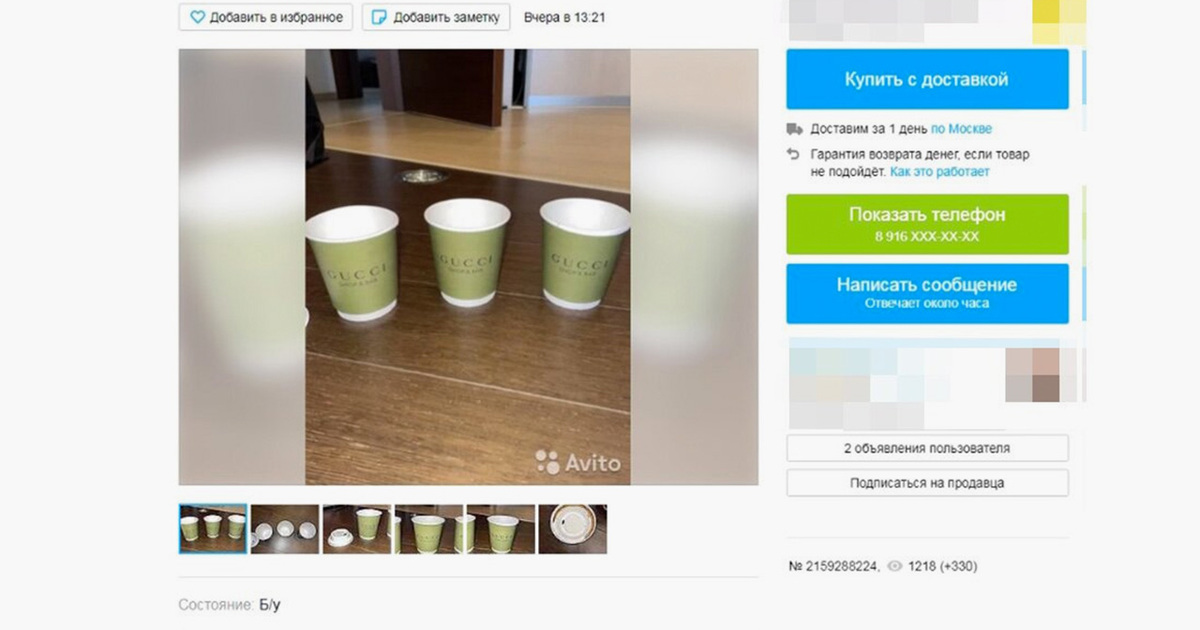 Muscovites are massively buying used cardboard coffee cups with the Gucci inscription, since the action itself is a planned marketing ploy that is practiced in large cities around the world. This explanation of the popularity of cardboard cups was given by the seller Yegor in a commentary on the TV channel. Moscow24…

As the seller explained, the luxury brand Gucci is turning 100 years old, and in honor of the anniversary, a fashionable Moscow cafe made such a collaboration that it attracted increased attention from residents of the capital.

“Perhaps this is some kind of investment. Then they can be sold at all for big money, if they remain in the same condition. I would buy them until June 20, and then I would sell them. Then people will not have the opportunity to purchase them, except through Internet platforms. You can make money on this, ”says the seller Yegor.

Eyewitnesses say that at the trendy cafe on Patriarch’s Ponds, where coffee is served in branded cups, queues line up, and some visitors purposefully order coffee from the establishment in order to resell the glass later. It is reported that the institution itself will close on June 20.

Earlier it was reported that Moscow residents began to buy cardboard coffee cups worth from two to 95 thousand rubles. Packaging advertisements appeared on the Internet. Some sellers admit that some of the cups have already been used, many even have traces of drops.