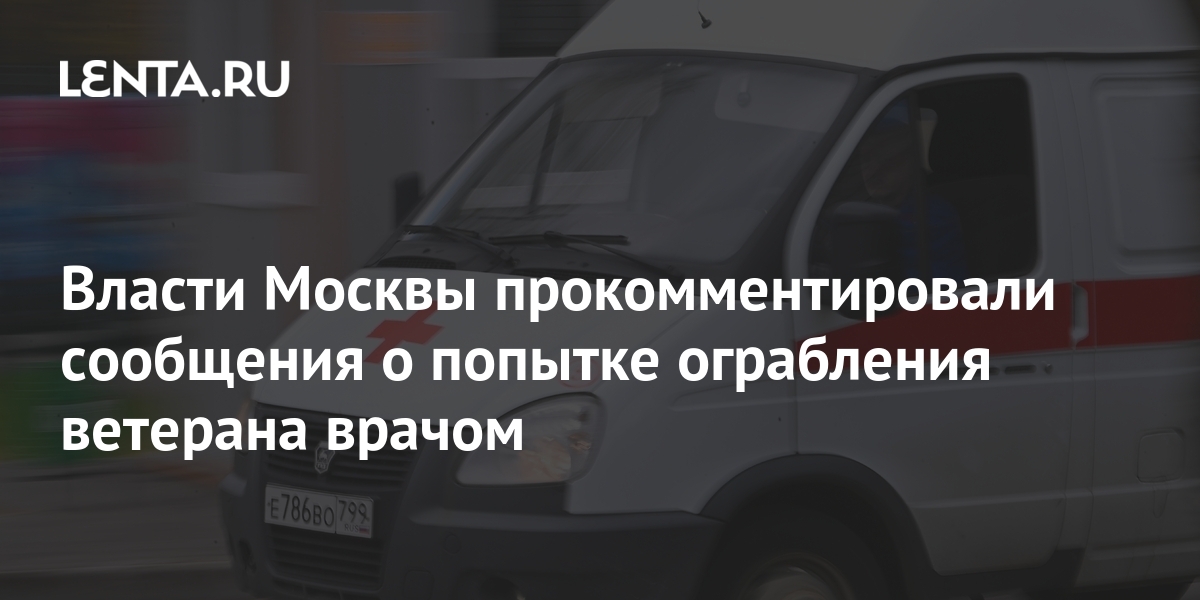 The press service of the Moscow Department of Health has commented on the situation with the doctor, who is suspected of attempting to rob a veteran of the Great Patriotic War, Izvestia reports.

The department clarified that the man works in one of the commercial medical organizations that participate in the city program for free medical care, and is not an employee of the Moscow ambulance station named after A.S. Puchkov.

To establish all the circumstances of the incident, the organization, whose team came to the call, sent a corresponding request. The Moscow ambulance station did not receive any requests from relatives about the incident, the department added.

A video in which an ambulance employee during a call checks the contents of the pockets and the bedside table of the 90-year-old veteran, appeared on the network earlier. The suspicious actions of the paramedic were seen by the pensioner’s relatives on video cameras. However, in the end, nothing was missing from the apartment.

In May, scammers in Moscow tricked veteran Vasily Pronin, who sat next to President Vladimir Putin at the Victory Day parade. The attackers lured 400 thousand rubles away from him, but they were soon detained.