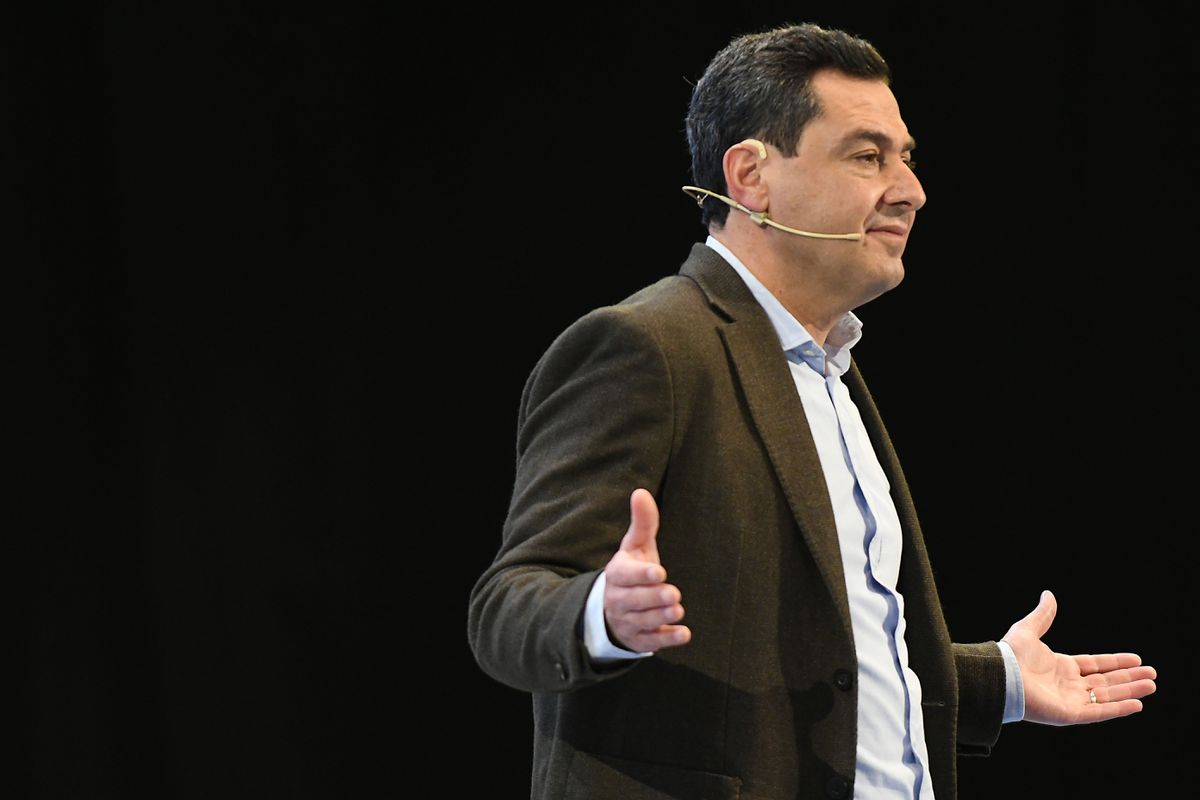 Andalusia has been immersed in an electoral pre-campaign for several months, as the President of the Board, Juan Manuel Moreno, has recognized in the early afternoon of this Monday. “We live in an electoral environment, I notice it on a day-to-day basis.” For a few weeks, the Andalusian president has his sights set on Castilla y León. The advancement of the autonomous elections in that region has broken with the inertia that placed the Andalusian community as the laboratory that anticipated the rest of the movements of the political forces in the rest of the country. Now Andalusia will be the next piece to move in that domino effect that will determine future government alliances and Moreno does not want the piece to fall on the side of a coalition with Vox.

The leader of the popular Andalusians wants to prevent the ghost of a potential government with Vox from focusing the electoral campaign on Andalusia. Within the party they recognize that a potential candidacy of Macarena Olona by the far-right formation would activate a vote on the left that is currently very fragmented. Moreno has reiterated that he would like to repeat the coalition Executive with Ciudadanos (a party clearly on the decline in his community), but that his aspiration is to be able to govern alone with specific support. Until now, the polls confirm the rise of his party, but in all of them it is conditioned by Vox.

A comfortable victory or by absolute majority, as some polls predict, of the PP in Castilla y León would cushion the Vox effect in Andalusia. This is what the sources close to the Andalusian president consulted by this newspaper believe and that is how Moreno himself dropped this weekend during the XIV Autonomous Congress of the popular of that community. “For God’s sake, get a good result and that we have a sufficient majority, that we reach the Andalusian elections with a sufficient majority”, asked the Andalusian president after acknowledging that the elections on February 13 were also important for him because he was “the next to be examined.”

That fear of the possible irruption of Vox in the Government of Andalusia has already begun to fuel the candidate of Ciudadanos to the Board and its current vice president, Juan Marín, who has presented his party as the only containment dam so that this reality do not crystallize “Vox is not going to sing the Face to sun in Andalusia while I am here”, he said last Friday in reference to the anthem of the Falange, a change with respect to the way in which in recent years he has referred to the ultra party, of which he went so far as to affirm that he did not want to put it labels and that he did not consider it “the extreme right”.

The Andalusian parties are already in an electoral campaign although, as Moreno himself has stressed, “there are no elections called.” The president continues to think of the months of June or October for its celebration and, in fact, the date that he has so far transmitted in his Governing Council is that of the end of spring, according to sources close to several directors of the Board who, they assure, they continue working with that margin of time. “I will not call them this week, nor next week, nor next month,” Moreno insisted.

See also  The new Château Royal: Breathe in a bit of capital history

And despite the fact that he is aware of what happens in Castilla y León, neither will that “sufficient majority” to which he appealed this weekend determine a change in his electoral forecasts. “They are different realities. Castilla y León has its own rhythm and Andalusia has its own”, stated the leader of the popular Andalusians. As he himself has been emphasizing, only a blockade of his legislative initiatives in Parliament could alter his plans, but until now, the clamp between PSOE and Vox about which the Government of PP and Cs warns so much, has stopped pinching, at least in the strategic measures that the bipartisan has presented in recent months since the failure of the Budgets. The Moreno Executive has carried out the last decree of tax reduction and administrative simplification, thanks to the support of the extreme right, while the PSOE has supported the law creating the Trade Agency, the Land Agency, the subsidies to Autonomous Local Entities, assistance dogs and Public Rates and Prices.

The appearance of a new variant of covid-19 that would prevent Andalusians from going to vote in more or less normal conditions is another condition that could determine a change in the electoral date, as Moreno has also pointed out in recent months. That is why spring, when people begin to live outside, is also considered an appropriate date. In the Board they have come to study the possibility of a delay until 2023, a date that Moreno pointed out in an interview granted to the newspaper ABC, but that its own environment rules out.

While the date is being confirmed, this morning the president presented the Junta de Andalucía Youth Transport Card, one of the star measures that he advanced last year during his speech on the state of the community, in a clear wink to win over the youngest electorate in a community leading in youth unemployment. For his part, the general secretary of the PSOE-A, Juan Espadas, who last Saturday officially launched his campaign for the Board in the hands of the Prime Minister, Pedro Sánchez, has insisted on his offer for a great social agreement in Health matters, after meeting with the general secretaries of UGT and CC OO in the community.

Swords has made youth employment policies and the denunciation of the health situation in Andalusia (a flank that was decisive in the wear and tear of the PSOE in its last years on the Board) two of its workhorses at the start of a pre-campaign in which his main mission is to recover the disenchanted socialist voter and maintain the floor of 33 seats left by his predecessor, Susana Díaz.