Morena asks authorities to campaign in favor of popular consultation 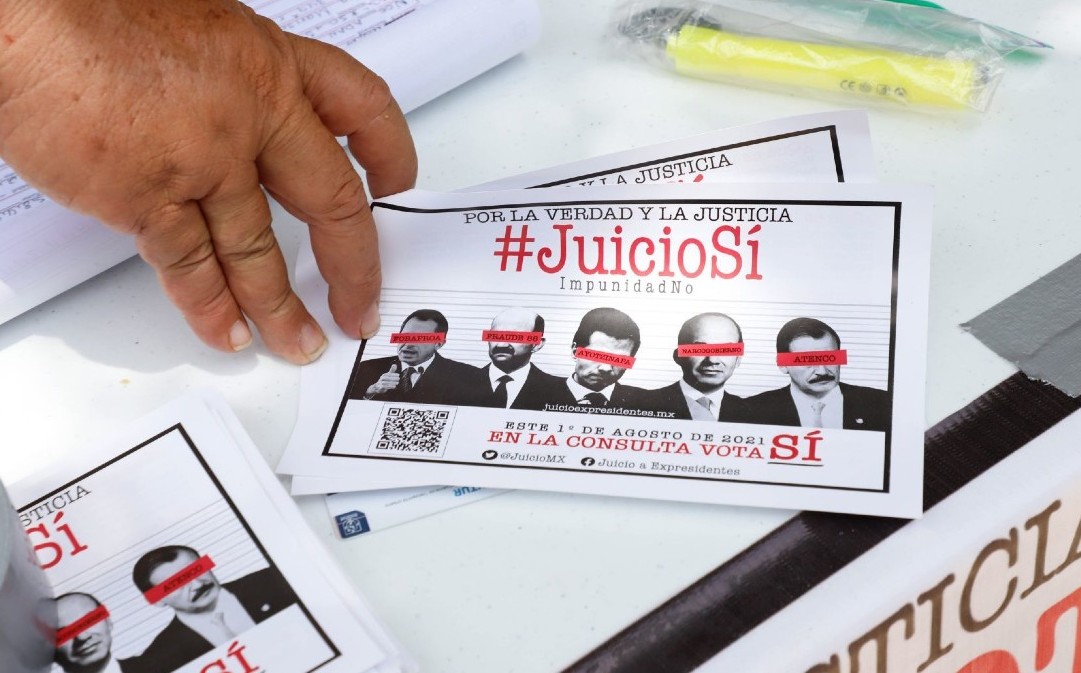 Morena asked his governors, mayors and elected authorities to support with everything in their power to bring votes to the popular consultation on the trial of former presidents on August 1, since if it does not reach 37 million participants, it will not be binding.

The national leadership of Morena asked the governors of the states of Veracruz, Cuitláhuac García; Puebla, Miguel Barbosa; Tabasco, Adán Augusto López; and Chiapas, Rutilio Escandón; as well as the Head of Government of Mexico City, Claudia Sheinbaum, to support the consultation after the opposition’s call not to go to the polls “to validate the farce.”

Although the Morenista authorities do not officially promote participation in the consultation, Morena’s leadership does, and from there they organize the structures to promote the militancy and, in turn, citizens. However, Legislators, mayors and elected governors do use their social networks to call to go to the polls on August 1.

In CdMx, it is estimated that participation does not exceed 50 thousand people

In Mexico City, after the electoral results of last June, expectations are not good regarding the participation of Morenistas and citizens, so attendance is estimated at no more than 50 thousand people.

The petition to the governors was extended to mayors and elected authorities, as is the case of Ecatepec where Morena obtained almost 275 thousand votes in the last electoral day. The same as in Nezahualcóyotl, where it received the support of 154 thousand citizens.

The vote obtained in Ecatepec represents more than the votes received in the states of Baja California Sur, Campeche, Tlaxcala, Nayarit and Colima, entities that Morena won.

However, the almost 400 thousand votes that could be obtained in these two Mexican municipalities they are not enough compared to the 37 million required to give legal validity to the August 1 consultation.

Mario Delgado, the national leader of Morena, met after the elections with both governors, mayors and elected legislators, who he asked for their support for the consultation on the trial of former presidents, despite the fact that President Andrés Manuel López Obrador assured that he will not participate.

In addition, without a specific item to allocate to the promotion of the consultation, Morena used her social networks to promote citizen participationIn addition to holding virtual assemblies throughout the country for the Morenoite base to support the promotion of the exercise organized by the National Electoral Institute.

The consultation was promoted in the first instance by civil organizations, whose members, in their majority, are now elected legislators from Morena such as the normalista Omar García, as well as Gabriela Jiménez and Ariadna Bahena.

The promoting Morenistas urge that “the Popular Consultation is an exercise of memory, justice and reparation of damages, to guarantee the non-repetition of events and prosecute the bad officials who harmed the country ”.

On August 1, 57 thousand voting tables will be installed that the National Electoral Institute (INE) will enable so that citizens with their official identification can participate.