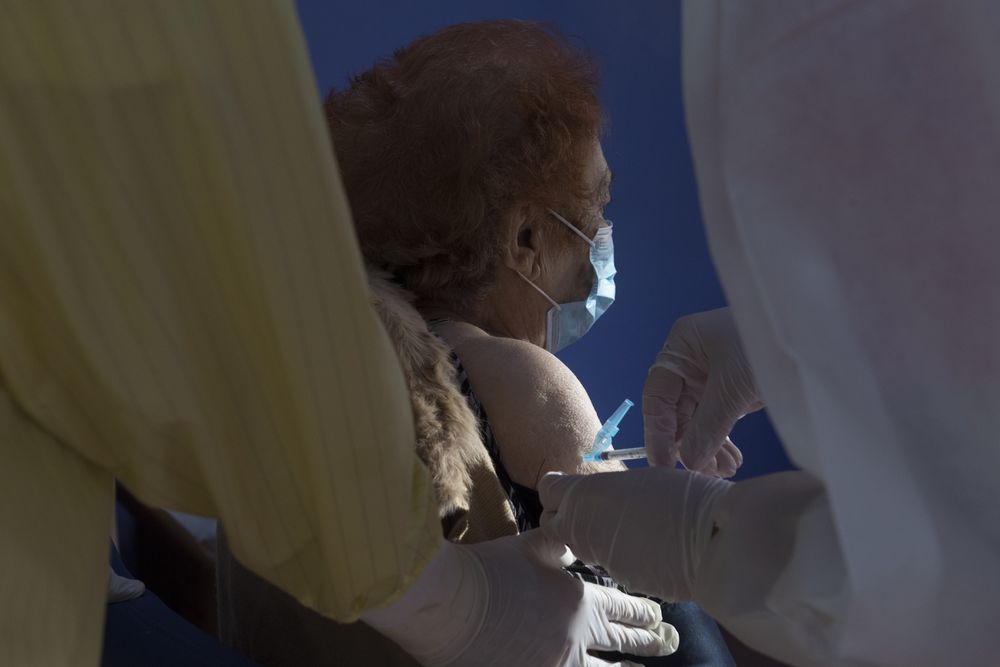 The Ministry of Health and the communities finalize the details of the next phase of the vaccination plan. After what is being an eventful first stage that includes residences, health workers and large dependents, the next group to be vaccinated will be those over 70 years of age, which if the vaccination rhythm is maintained, will begin in March: depending on the arrival of doses and if new vaccines are approved, the deadline could be advanced or delayed, according to sources familiar with the plan to EL PAÍS. All that remains is to adjust how the age stratification will be, something that the presentation of alerts from the Interterritorial Council of the National Health System (CISNS) plans to decide this Wednesday.

Although the strategy is national, and must be set by the CISNS, there are autonomous regions, such as Andalusia and Navarra, which have already advanced by announcing that the elderly will be the next group to receive the vaccine. In total, there are 6.8 million people over 70 years of age throughout Spain (to which we must subtract the around 380,000 already vaccinated who are in residences), who will receive a summons from their health center. Those who cannot move will receive a visit from the nurses. “It will be something very similar to what happens with the flu vaccine,” explain sources from an autonomous community that is preparing the plan.

Amós García Rojas, president of the Spanish Society of Vaccination and member of the committee that is designing the national vaccination plan explains that, in the absence of clarifying details, the logical thing is that in the first place those over 90 are cited, to continue with those who exceed 80 and continue with those over 70. “After these, the patients with risk pathologies of other ages would arrive,” he points out. These are eight million people, who will follow, according to García Rojas essential workers (5.3 million if teachers are included), although everything will depend on the vaccines that are available at all times, which could cause them to be simultaneously various groups.

The prioritization is based on the vulnerability of the elderly. 66.5% of all official deaths from covid in Spain in the second wave correspond to those over 80 years of age, although they only account for 6% of the population. And if this group is added that of those over 70, the percentage exceeds 86% of deaths, according to data from the Carlos III Health Institute. In other words, with the same levels of contagion, if this entire population is immunized, there would be almost nine times fewer deaths from covid.

For this reason, the European Commission has established this Tuesday the goal that member countries vaccinate at least 80% of health and social professionals and 80% of those over 80 years in March. By the end of August, countries should have managed to immunize 70% of their adult population. The proposal of the Community Executive, which does not have the force of a regulation or a directive, does mark the outlines of what is expected of the Twenty-seven. The Commission believes that “it is perfectly possible” to meet these objectives that “sound ambitious, but are realistic”, explained at a press conference the vice president of the Community Executive, Margaritis Schinas, and the Health Commission, Stella Kyriakides. “In the coming weeks we will have new authorizations and many more doses of our pre-purchase agreements will reach the EU market”, added the Greek Schinas. To “speed up” the campaign, the Commission commits to continue working, with the support of the European Investment Bank, to “maximize the production capacity” of pharmaceutical companies, to “develop a transparent delivery program” together with companies. of the different vaccines and to establish together with the European Center for Disease Control and Prevention (ECDC) “a system to monitor the progress of the deployment of vaccines.”

There are countries, such as Germany or the United Kingdom, where they started directly with those over 80 years of age, at the same time as people who lived in residences. In France, this Monday the turn was opened for those over 75 years of age who suffer a pathology that makes them run a “high risk” of developing a serious form of covid-19. They were the ones who had to make an appointment, which has caused a collapse in the care systems.

García Rojas believes that in Spain there should not be a similar problem. “The public system has muscle and people are perfectly located thanks to their medical history. It is true that it is a very complex vaccination due to the amount of population and the logistics it requires, different from the vaccines that are put on the Spanish vaccination calendar ”, he points out. As Pedro Gullón, from the Spanish Epidemiology Society adds, the immunization process has accelerated a lot when it has reached health personnel, who are very easy to locate, but it will be necessary to check if it does not slow down again when appointments begin to the rest of the population.

For this we will not have to wait for March. Within the first phase, the next group is that of health workers who do not work on the front line and that of large non-institutionalized dependents (those who are in residences have already been vaccinated). These will have to start receiving appointments imminently, and in their vast majority, to receive home visits from the nursing teams, which will pose a new logistical challenge, since it will not be treated as before to go to a place to vaccinate to a group of people, but to individualized punctures at home.

According to the latest data from the Ministry of Health, the autonomous communities have received 1.1 million doses, of which 966,097 have been administered, 84.5%. In the first phase, the objective was to vaccinate almost 2.5 million people (1.7 million health workers, 380,000 people living in residences and 367,000 large dependents), who require a double injection. That is, about a fifth of the doses have been administered to reach this first milestone.

Appeal does not remove the yellow to Sadiq