More than a year after its outbreak in Italy, the pandemic collapses Rome’s funeral system 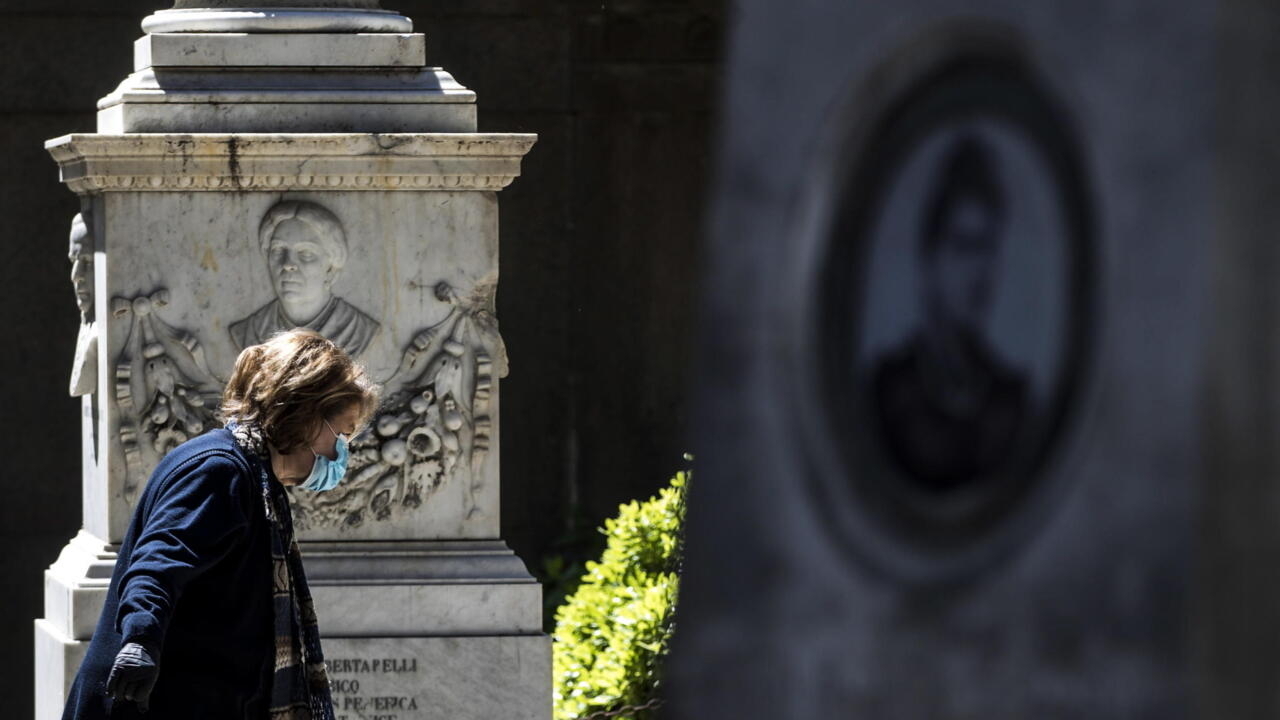 Relatives of the deceased and funeral workers say the precarious Roman system is creating complex delays for burials and cremations. It is not a new problem, but one that has been growing like a snowball, they explain, exacerbated by the Covid-19 pandemic.

“A tragedy within a tragedy,” says a friend of Fabio, a 41-year-old guitarist from Rome, in a small voice. Plagued by a deadly cancer, Fabio was moved by his untimely death last Tuesday and, as many loved him for his character and his way of being, the participation in his funeral was nurtured.

But there was also a double pain. Due to the dysfunctions of the funeral system increased by the pandemic, Fabio’s mortal remains were not located in a cemetery in Rome, the city where he lived and spent the last days of his life. They were transferred to the Marche region, more than 200 kilometers away.

And it is not a unique case.

Relatives and managers of funeral homes that operate in the capital of Italy have pointed out these days that the pandemic has strained a system that previously worked precariously and that now is causing serious delays for the burials and cremations of people who die in Rome.

The data speaks. According to the public company AMA, which manages cemeteries in Rome, from October 2020 to March 2021 the death toll increased by 30 percent, the equivalent of 4,763 more deaths than in the same period in previous years. In the first eight days of April, the trend has continued: 79 more people died than last year, according to AMA.

However, what is striking is that the situation does not occur, as it happened in other European cities such as Madrid or London, at the dawn of the health crisis that first hit Europe last year. Nor is it a situation that other Italian cities are currently facing, some of which have (and have had) a much higher incidence rate than that of the Italian capital.

The explanation, according to funeral services companies, is that the pandemic has brought to light the deficiencies and limitations of the Roman bureaucracy, which, in addition to lacking staff and keeping a part in remote work, requires multiple and complicated procedures to authorize the cremation and burial of a deceased.

Giovanni Cacioli, national secretary of the Italian Federation of Funeral Directors (Federcofti), has complained that some procedures are still done “by handwriting” and that, in the case of cremations, the permit can take an average of between 35 and 40 days.

“These are months that we have asked the city council of Rome and AMA to urgently find adequate solutions (…) but to date we have no answers or signs of willingness to solve a problem that is a shame for Rome,” Cacioli wrote this month, in a note also signed by Alessandro Bosi, head of the National Federation of Italian Funeral Homes (Feniof).

Last Friday, Federcofti and Feniof called a protest in front of the Mouth of Truth, one of the most symbolic places in the Italian capital, to give visibility to the problem and demand a solution.

“Forgive us, but do not let us bury your loved ones,” they wrote on dozens of banners, which drew the attention of passers-by and journalists.

The straw that ended up overflowing the camel came on Monday of last week when it was learned that the incinerations of new dead were temporarily suspended due to the accumulation of some 2,000 coffins waiting to pass through the crematorium or be buried, as first reported by the newspaper ‘Il Tempo’.

However, the bureaucratic problem is not the only thing that is at the origin of the current situation, according to funeral agents. A shortage of crematoriums has also been reported in the city’s largest cemetery, Prima Porta.

Others, such as Alessandro Bonfigli, head of Transport for the UIL union, have raised alarms about the possibility that the Prima Porta cemetery may not have any more free spaces next June due to delays in the fitting out of a new area. “In June there will be unimaginable chaos,” Bonfigli alarmed.

The problem is not new. Rather, it has been growing.

Already last December, Natale Di Cola, secretary of the CGIL union in Rome, pointed out the presence of some 2,000 coffins for months waiting to find a destination. “It is a situation that we have denounced for months and that with the pandemic is exploding,” the unionist was saying then.

Di Cola’s complaint came after even the mortal remains of a very popular actor in Italy, Gigi Proietti, waited for days to be cremated because of the crisis, as reported by the local press.

The result is that some have already begun to transfer their dead to other cities in the country, as has been the case of Fabio, an option that, however, not everyone wants or can afford due to the higher costs (of several thousand euros ) implying.

In these cases, the only option is -for the moment- to keep waiting.

The situation, however, has also become a political case that opponents of the current mayor of Rome, Virginia Raggi, have used to criticize the management of politics, a member of the decayed 5-Star Movement.

“The truth is that the city council of Rome has done nothing to manage the aftermath of Covid-19. Nothing for transport, nursery schools, the economic crisis and even cemeteries, “said Carlo Calenda, former Minister of Economic Development, leader of the centrist Azione (Action), and candidate for mayor in the next municipal elections in Rome.

With this, the situation has begun to cause despair in relatives and friends of the deceased. Last week, one of them paid for a gigantic complaint sign that appeared in various parts of the city. Another woman, the mother of a boy who died at the age of 17 due to severe muscular dystrophy, reported that she had not received an answer from the AMA on where her son’s remains would be.

Rospotrebnadzor spoke about the situation with influenza and SARS in Moscow

Bayern lose 1: 2 in Mainz: Not a Munich masterpiece